One Hundred Named Women of the Bible

A stroll through the Bible Highlighting the Lives of Its Women 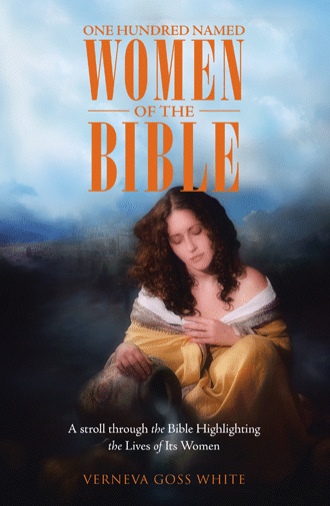 When Sisera was fast asleep, Jael took a tent peg and a hammer in her hand and went quietly to Sisera. She drove the peg into his temple. The peg went through his head and down into the ground. He died. When Barak came looking for him, Jael said to him, “I will show you the man whom you seek.” When Barak went into her tent, he saw Sisera lying there dead, the peg in his temple.

Abi’s most important accomplishment in her life was that she was the mother of the godly King Hezekiah. Because of her staunch faith in Jehovah God, she was able to counteract the evil influence of her ungodly husband, King Ahaz, on her son Hezekiah.

Jacob’s sons Simeon and Levi agreed, with one condition. The condition was that all male Shechemites submit to being circumcised—a Hebrew tradition of removing the foreskins of all males aged eight months or older. Hamor agreed. On the third day after the procedure, when the pain and soreness of circumcision was at its height and movement was difficult for the Shechemites, Simeon and Levi attacked and slew all the males in the city, including Shechem. Then they plundered the city.

Lydia’s story is noteworthy. It is an example of exceptional faith. Because she opened her heart and her home, the gospel gained and entrance into the city of Philippi. And it was from this humble beginning—from the house of Lydia—that the gospel of Jesus Christ spread all over the continent of Europe.

One Hundred Named Women of the Bible is a walk through the Bible from beginning to end, highlighting the lives and experiences of women as the major characters. It may appeal to the beginning Bible student as well as those with more advanced expectations.

From the lives of these women, we glean lessons in love and hate, victory and defeat, grief and gladness, courage and fear, and faith and forgiveness. We see a progression in opportunities—from women being allowed to say very little in the beginning, to being able to make major decisions in the end. In the Old Testament, the first woman, Eve, introduced the world to sin; in the New Testament, another woman, Mary, presents the world with a Savior. What a contrast!

Verneva Goss White, BS, MA is married to Charles Ray White, Sr. Together they have three children: two daughters and one son. They are also the proud grandparents of eight. Charles and Verneva own and operate their own business in East Texas. Verneva’s desire and goal is to share the Gospel through the printed pages.