Whose House We Are 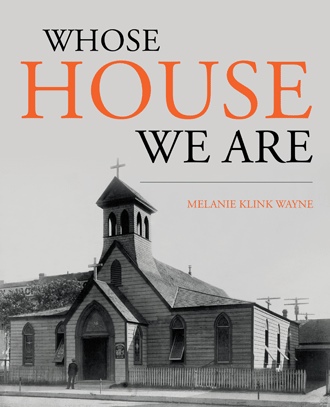 “The genesis of the Mission Board was probably the most obvious time in my life of listening to the Lord and being obedient. I believe God has blessed St. Clement’s, because she has listened and obeyed Him regarding missions. I am overwhelmed by all of the good that has been done through our efforts: hungry people fed; homes built; missionaries supported; and some of our people sent to other lands; orphans provided for; goods collected from all over the nation as gifts to our Mexican brothers and sisters. Ours was a God-given trust.

“My husband and I were invited to a cocktail party at the home of some prominent El Pasoans, who introduced their house guest, the Duchess of Argyle, a cousin of Queen Elizabeth. We saw that most guests were reluctant to speak to the duchess, so without hesitation, Frank went over to introduce himself. Shortly, the conversation centered on the vast difference she noticed between El Paso and Juárez. Frank told her about the deep poverty that existed in that city and of the missionaries who were trying to feed and clothe the poor. In her crisp British accent, she voiced her dismay over Mexico’s abject poverty and her curiosity about the work being done to remedy it. Frank invited her to tour the colonias of Juárez to see the situation for herself. “Frank called Father Thomas and ‘the game was on’. Our hostess’s black Cadillac, driven by her chauffeur, arrived at the Pronof Center in Juárez, Father Thomas suggested that all jewels be removed and left with the driver. We transferred to Father Thomas' truck and bounced our way through the unpaved road to a meeting of Christians, the poorest of the poor, where he was to celebrate mass. As we unloaded and walked up to the group who were joyously singing praises to the Lord, Father Thomas noticed that the duchess exhibited a slight limp. Prayers were lifted to the Lord, a child who was wheelchair bound walked for the first time, and the Holy Spirit moved among the worshipers. Father Thomas asked the duchess if there was something she would like these poor people to pray in her behalf, and she mentioned the pain in her hip. He asked his flock to pray for this ‘good lady’ who was in pain. Prayers were said, songs were sung, people spoke in tongues, hands were laid on her. Within a short time, while the guitar played songs of praise and voices were raised, Father Thomas asked the duchess to dance. With joy she accepted, and ‘the pain was gone,’ as she declared in her aristocratic British accent, ‘thanks to these good people who prayed for me.’”

“Some St. Clement's families decided to celebrate Thanksgiving with their own children at the Juárez dump. The Juárez dump was like hell. It was black, with mounds of smoldering debris scattered throughout; hovering over was a thick, ugly gray smoke which produced an atmosphere of odors that were indescribable. Families of two and three generations lived there, collecting cardboard for their shelters and picking through the garbage, gathering things they could sell. There were no schools, no plumbing, little food, no medical help...in other words, these people were the untouchables. “We didn’t consider what germs we or our children might get, for we had faith, and we wanted our own children to have hearts for missions and realize the abundance of their blessings. The little children of the dump had filthy faces, hands and clothes. And, I mean, really filthy. And they were hungry, really hungry. The babies were crying; their hopelessness was apparent. “We came with our offering of turkeys, hams, fruit, bread, tortillas, and beans, for a Thanksgiving meal. They were overjoyed! But to our horror, the word quickly spread and there were multitudes that just kept coming and coming and coming for food. We knew we were going to run out. We needed a ‘fish and loaves’ miracle, but would or could that happen in our day? The line was getting longer, and we were worried; we kept serving. At last the final person was fed. As we put our things away, we scanned the crowd, and we saw people who had ham and turkey hanging from their pockets to take back to their homes (shacks).”

“My phone rang, and without fanfare, Sharon explained that her brother-in-law would like to donate grapefruit to the children in Juárez and asked if we could use them. She further explained that he had grapefruit orchards in south Texas and would ship them to us at no cost. How kind, I thought, to send a few boxes of grapefruit, as anything helps. I told her how much the grapefruit would be appreciated and made arrangements for them to be picked up from his truck when it arrived in El Paso. “On the appointed day, I went to the freight dock to receive the fruit. A large 18 wheeler pulled in! Surely not, I thought. The truck driver said, ‘Are you the lady that's getting the grapefruit?’ Looking behind and all around me, it seemed that I was. Fortunately, workers were close by, and the truck was unloaded. With the help of Our Ladies Youth Center, the grapefruit shipment was crossed into Juárez and delivered to some of the poorest colonias in Juárez. But to our utter joy and amazement, the next day, another truck arrived; then another; then another. And I must add, these weren't unusable grapefruit that had been discarded. These were ripe to perfection and both sweet and delicious. “After several deliveries, we took pictures of the little children with their big smiles, grapefruit juice dripping through those smiling mouths, down their chins, and joy filling their eyes. Not only was the sparkle back in those big round eyes, but the vitamin C, which had been so lacking in their diets, had transformed the yellow in the whites of their eyes to a beautiful and vibrant white.”

The history of St. Clement’s Church in El Paso, Texas, chronicles the sacred movement of God through generations of people who have powerfully experienced His presence. Follow this church’s story from humble beginnings in a dusty western outpost over a century ago, through decades of extraordinary growth and great social upheaval, to the renewal of the 1970s and the groundbreaking separation of the Episcopal and Anglican churches in North America. The Lord faithfully led this once small, insignificant group of believers to become one of the most dynamic Anglican churches in the country today, with broad missionary outreach and inner-city neighborhood ministries. The story of St. Clement’s is told through historical records and the testimonies of men and women, ministers and lay people, civic leaders and humble workers, and writers and musicians who served through many decades, all empowered by God’s Holy Spirit.

Melanie Wayne came into a saving relationship with Jesus Christ while attending St. Clement’s. A lifelong member, she has been discipled and well-loved by the extraordinary saints who minister within this community of faith. Melanie has been a teacher and administrator at the parish school, the head of the Mission Board, and a part of the intercessory prayer ministry. She is the author of A Grandparent’s Prayer Journal. She and her husband, George, are blessed to be counted as members of God’s flock along Texas’ shared border with Mexico.