Stories of the Second Swordsman 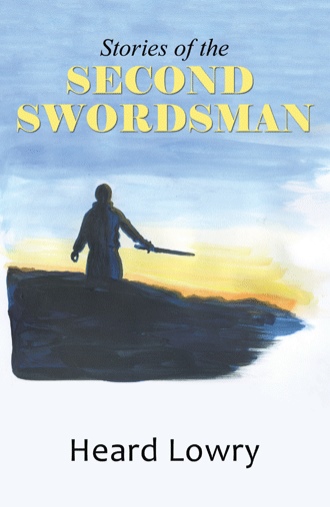 I met the old shepherd among the fields that surrounded the town of David. He was an interesting character who told me that he had been one of those present when the host of angels announced the birth of the Christ. As we sat there on rocks watching the sheep, he described in vivid detail the events of that amazing day, and some of the thoughts and feelings that were a part of it.

“When I began shepherding, I had to run a lot to try to keep the sheep all together so that I could protect them. Later, of course, as I learned how to be a true shepherd, they got to know me and would follow me for the most part. But I loved to run, and there was a certain joy to it that I have kept with me even though I can’t really run anymore.
“I was pretty young when the Great Glory came upon us. It was a routine night until the sky lit up as bright as day. We were all terrified at first, but an angel appeared and told of the birth of the Christ who came to save the world. He told us that we would find Him in a manger, of all things. While we were absorbing this news, the sky filled with angels and the sky was even more radiant with their glory. And the air was just as filled with their praise of the Almighty God and a promise of peace for mankind.
“When they were gone, we decided to go see what it was all about, somehow having faith that the angels’ presence would protect our sheep. Most of the men moved out at a leisurely pace, but naturally I took off and ran as fast as I could. It was a fairly long way, but I was so full of the spirit of this event that I seemed to just keep going faster and faster. It was almost as though I was flying, and I realized that I had no control over what I was doing anymore. Another power had come over me.
“I was the first one into town, but eventually we all met the young parents and saw the infant in the manger. It seemed so small compared to the cosmic display that we had seen earlier. But we understood that we were on the brink of a new kingdom.
“We realized that we needed to spread the word, so we each went to our homes to tell our families of the news. I ran to many other houses to tell everyone I could. And all that we told were amazed at the news and shared in the joy that we announced so breathlessly.
“Eventually, we all returned to the sheep that were our responsibility. Even with the marvelous events of the night, we were concerned about our flocks and were eager to get back to them. I ran with all the speed of before, and was conscious of an endurance that made me think of the story of Elijah running ahead of Ahab’s chariot, and again when he traveled without food for 40 days and nights. Again I was first, going in the strength of God’s glory, and I was quick to see that the flocks were still there. I also saw a remnant of the original angels’ glow that revealed their protective presence in keeping the power of darkness away.
“When the other shepherds returned, the infant Savior was all that we talked about for that night and many others.”

It was quite a story. I could feel with him the power of that night as he shared his recollection with to me. After forty years, his eyes still glowed with the excitement of it, reflecting the glory that he had seen so long ago. Though his feet could no longer enable him to run like the wind, they were from that moment of glory fitted to carry the message of the gospel. I looked at his simple, worn sandals and wondered at where all they had been. For when the shepherd met that child again as the Great Teacher, he too became a shepherd of souls.

Stories of the Second Swordsman is a collection of allegorical stories written from the viewpoint of a man who was a follower of Christ while He was here on earth. They illustrate spiritual insights in a way that is intended to stimulate thought about the Kingdom of God, and draw in references to occurrences and lessons from the Scriptures.

The tales are presented in a first-person narrative of a follower who journeyed through the land on a mission to present the Good News. They portray what life might have been like during the unfolding of the Greatest Story Ever Told.

The collection is organized into four parts to consider aspects of the mission, the creative nature of our response, struggles that are encountered along the way, and how our spiritual ideas can be reshaped. The stories are meant to be thought-provoking and inspiring.

Heard Lowry has been a Christian for forty five years. He has been studying the Bible and writing short articles and stories for much of that time. He enjoys writing, especially using a story to make a spiritual point. He has been a teacher and preacher of the gospel at various congregations throughout middle Tennessee. Other stories and lessons can be found at www.heardlowry.net.

He is an Eagle Scout and still enjoys camping and hiking in the great outdoors. He has a PhD in Physics from the University of Tennesee, and has worked as a research engineer with contractors for a government test facility since 1976. He greatly enjoys reading about many subjects including physics, history of science, religion, mysteries, and suspense. He likes composing his own style of music, and participating in congregational singing.

He lives with his wife, Soozie, along with four large dogs, four cats, two gerbils, a bunny, and a couple of turtles. She is an artist (www.soozielowry.com) and art teacher, and provides a valuable right-brain contribution to the mix. They enjoy their flower garden and have developed it into a sacred place of refuge and meditation.