God is NOT Happy 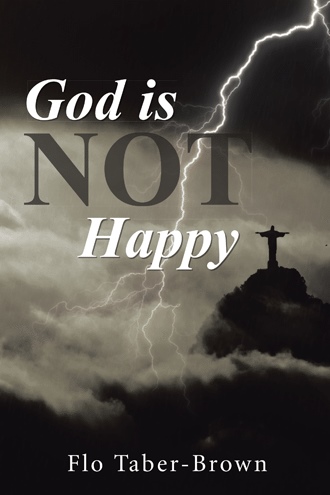 This book should be read by all Christians who realize that changes have taken place in American that threaten freedom of religion and that people in this country need to wake up to what it means to be a Christian.

This book was inspired by God because He is angered by the moral decay in the U.S. as well as the government’s removing God from schools, government offices, etc. and the treatment of Christian and Christian organizations in this country. Ideas for improving Christian education, behavior of Christians, behavior within the church, and the importance of mission are among the areas covered. The goal of this book is awareness of Christians about unchristian behavior and how to positively change so that American returns to be the Christian country it once was.

God’s anger is directed at societal changes as well as changes in public school regulations forbidding the education of God’s commandments and even the mention of God. In addition, He is angered by allowing minority groups to integrate unacceptable beliefs or beliefs that are anti-scriptural into school curricula.

This book brings into focus the vital importance for Christians to organize and understand the gravity of what has been going on in this country, especially within the last century. In addition, special emphasis on education focuses on the need for religious education and a plan for implementing a comprehensive spiritual educational program.

Government has stepped in at the request of minority groups to smother the rights of Christians as outlined in this country’s Constitution. The area most affected is within both the elementary and secondary educational institutions of this country.

Within our culture, however, there are Christian remnants who follow the two Great Commandments -- to love God with all our heart and soul and to love our neighbors as ourselves (Matt. 22:37-39). These people are “believing Christians” whose heart and the resulting behavior follow God’s Commands and teachings as outlined in Scripture. Charitable donations are frequent within this remnant, as is caring for one’s neighbors, whether their needs are financial, psychological , incarceration, illness -- whatever the need.

In summary, this book reports on the sins that are common in this country’s society today, especially as it relates to the moral and Biblical truths being transferred to our youth, and is followed by suggestions for returning our society to the country under God it was at this country’s inception.

This book was inspired by God. He is angered by the moral decay of the United States as well as the government’s removing of God from schools, government offices, etc., and the treatment of Christian and Christian organizations in this country. Ideas for improving Christian education, the behavior of Christians, their behavior within the church, and the importance of mission are among the areas covered. The goal of this book is raise awareness for Christians about un-Christian behavior, and how to positively change so that America returns to the Christian nation it once was.

Flo Taber-Brown is an Anglican Deacon with 50 years of education experience. She has authored two books and a chapter in a third book plus many articles on special education technology. Currently, she is working for an additional degree in theology. She and her husband live in Florida. They have 9 children, 27 grandchildren, and 8 great-grandchildren.