Experience in the West African Church 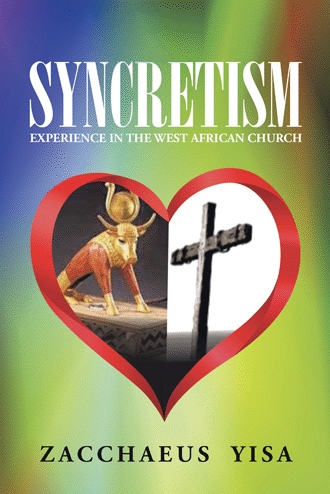 I serve in Guinea-Bissau, West Africa as a Missionary among the poor villagers for the past eighteen years. I saw a measure of revival among the Christian youths at the national level resulting into large gatherings in conferences and seminars with a lot of singing and jumpings. After some time I noticed some strange occurrences which was a proof that we have a mixed multitude. Some were wholly consecrated and dedicated to the Lord while others were there because they were born in the church and their parents insisted that they must be there. There were also some that just joined to satisfy their fleshly desires. As we labored in prayer for true revival, the Lord burdened my heart to write a book addressing the matter titled; “Syncretism in the Church Today”. The book was written in Portuguese Creole which is the trade language there. Since then that burden did not leave my heart.

Then I came on holiday from the mission field to Nigeria in 2013. One day I was going some where in a public transport and was surprised to hear someone preaching in the bus apologizing for what people may have been hearing about what some pastors are doing. Before he could go on to challenge the people in the bus about their sins, he had to affirm that the Bible has not changed no matter what people see happening around them in churches and pastors’ lives. He said, the word of God has not changed, God has not changed neither changed His standards and that all men including the pastors must give the account of their lives to God on the last day. He zeroed his appeal on the fact that no one will have excuse to give before God as each is responsible for his actions. Another day I was going out in another public transport and the scene repeated itself. That moved me to start asking questions about what is happening among ministers of God. I was shocked by some of the things I heard since I was yet to be informed about the situation of the church today. I saw that many strange things have been accommodated in the Church and have become normal. Things that years back will not be once mentioned among believers. It is like we have lost the recipe of Christianity and are now cooking just anything that comes to mind but still putting same label of Christianity. It was a big pain in my heart and I believe the pain is much more in the heart of our Lord Jesus Christ.

These things I heard and some that I started seeing with my own eyes stirred and fired up the burden that I conceived in G/Bissau. The only difference is that this time around the burden seems a hundred times more. I was too disappointed at the church back home, that I have been boasting about in the mission field. That “hundred times” burden is what gave birth to this book in your hands, so you should understand if the manner of approach seems too strong to you.

Syncretism is an exposé on contaminated practices in the West African Church. It is a clarion call for the believers worldwide to be awake like the New Testament Berean Jews.

Zacchaeus Yisa is a Nigerian missionary to Guinea-Bissau, sent by the Fullstature Missions Intl. since 1996. He is a man with passion for holy living in the fear of God and yearns to see believers live like Christ. He is a well-known speaker in conferences and has authored nine books in Portuguese Creole. He is married and blessed with two girls.