What if God Were Your Boss? 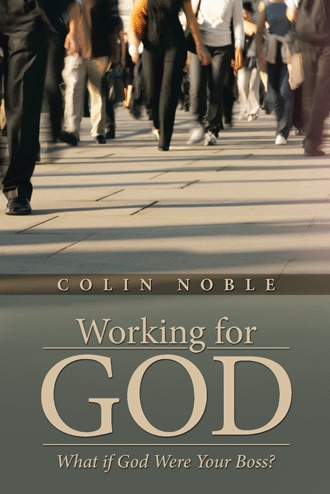 Come to me, all you who are weary and burdened, and I will give you rest. Take my yoke upon you and learn from me, for I am gentle and humble in heart, and you will find rest for your souls. For my yoke is easy and my burden is light.

Six days you shall labor, but on the seventh day you shall rest; even during the plowing season and harvest you must rest.

We need a radical rethinking of our understanding of rest. In order to do that, let’s revisit the incident described at the beginning of chapter 1, where I was working in Tokyo and negotiating an agreement with an American bank. Although the conversation discussed in chapter 1 failed to close the deal, in the long run the two banks did come to an agreement. I still have the perspex commemorative paperweight I received at the signing ceremony when the deal was closed. It contains, locked in the perspex, a $1,000 specimen of the new, jointly issued traveler’s check.

On the evening that we did close the deal—about 11:00 p.m. Tokyo—my boss turned to me and said, “Take a day off tomorrow.” I thanked him but declined, explaining that I had already booked annual leave and tickets for a trip home to Australia over the not-too-distant Christmas-New Year period and that I did not have any remaining days of annual leave accrued. He responded that I need not worry. Since we had been working long hours for an extended period and had just closed a significant deal that would benefit our bank and probably add to the size of his winter bonus, he was happy for me to take the day off without bothering with any of the usual paperwork. He would cover for me the next day and answer any questions about my absence. With a thankful heart but a twinge of guilt, I took the following day off.

Looking back years later, I can see that this exercise in leave largesse fitted perfectly with the way my boss saw the relationship between him and me. Some months earlier we had discussed our beliefs one day over lunch. I had attempted to communicate to him my understanding of God’s sovereignty. Toward the end of the conversation his eyes took on the look of a student who had come to a point of understanding, one of those moments that all teachers are delighted to see. He repeated back to me some of the things I had said about the sovereign God to confirm that his understanding was correct. He has power over us, right? And can influence the outcome of our lives? When he tells us what to do, he expects us to obey him, correct? If we disobey, we cannot expect to escape the consequences—that’s what you’re saying? He can see a bigger picture than we can, and sometimes we don’t understand everything about every decision he makes, but we are nevertheless to do as directed. Is this all correct understanding of God? When I congratulated him on his sound even if not comprehensive understanding of this basic Christian doctrine, he gave the biggest Cheshire cat grin I had ever seen. Then he stated what was to him the obvious conclusion. “I am your god!” he pronounced.

Unsurprisingly this was not the outcome I had been expecting, but it does explain why he felt he had the prerogative to tell me to take an unrecorded day off regardless of what the human resources department knew or said. He was my boss, not them. He had the right to grant me leave. If he told me to take it, I should. It was his initiative, not mine. If he told me to take a rest because it was good for me, then he could not fathom why I would not do so. Likewise, if he told me to work late, he would not anticipate any counterargument.

The actions of my former boss help us understand a key aspect of the nature of rest as God intended it for his workers. An essential prerequisite to understanding how to rest in a way that brings glory to God is understanding that rest is mandated by God in the manner in which he sees fit. We are obliged to listen to him on this as much as we are to listen to him about any other aspect of our lives.

God’s workers are to be as committed to glorifying God in our resting as we are in anything else, for “whatever you do, do it all for the glory of God” (1 Corinthians 10:31). It is for this that we were created. But contemporary Western society has largely lost any sense of how to rest in a deliberately God-honoring way. The loss of the habit of rest is bad enough. More critical is the absence of the topic of God-glorifying rest from our conversations and what that absence signifies. “Our failure to articulate a theology of rest may be symptomatic of our continuing failure to embrace fully the all-sufficient grace of God.”  If we rest poorly in ways that do not honor God, we deny his provision and grace every bit as much as when we work in ways that deny his provision and grace. Failure to rest goes hand in hand with thinking, like the third slave in the parable (Matthew 25:14–30) discussed in chapter 4, that if we work hard enough, we can impress God and thereby avoid his wrath. Much more is at stake than simply a cure for unrelieved weariness in this life. Neglecting the grace of God has ramifications for eternity (Revelation 14:11).

Rest as God intended it is an intimacy-creating reorienting of our lives toward him in remembrance, gratitude, and communal celebratory anticipation. Genuinely biblical rest, unlike mere leisure or time off, has the capacity to bring renewal of our hearts and every aspect of our lives. It is also a response to our apparently chronic neglect of God’s grace as we engage frenetically in trying to perform for God. We want to understand rest so that we can rest for God every bit as much as we do anything else for him.  God’s rest is the place to begin because, as Julie Andrews reminded us with lilting voice in 1965, we ought to start at the very beginning. It’s a very good place to start.

You long for a life that is purposeful without being pressured, satisfying without being self-centred, and God-focussed without being goalless. You’ve been inspired by calls to follow Jesus with radical commitment, to desire God, not to waste your life, to live with integrity. You want to live fully devoted to God but have difficulty knowing how to do that, especially given the stress of daily life.

• accept his invitation to enter the family business?

• trust that he had chosen the right coworkers for you?

• work with a focus on who you work for, not what you do?

• take up his mandate to rest?

In Working for God, Colin Noble combines stories of life in Japan and Australia with biblical insight, to help you see more clearly what it means to work for the best “boss” of all and to enjoy doing so for the rest of your life.

Colin Noble has spent the last three decades living on four continents and working in government, corporate, academic and pastoral settings. He is a graduate of Regent College, Vancouver, and Morling College, Sydney. He lives with his wife and two children near bushland in Sydney, Australia, where he is currently chaplain to a community of 1700 people.