A Wake-Up Call to the Church! 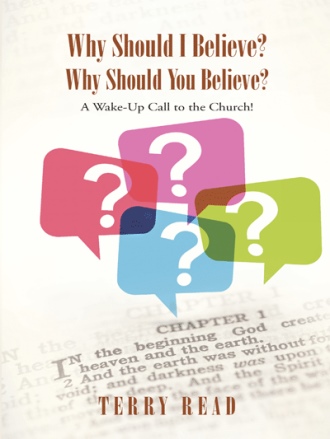 For all of you asking, “Could God have used evolution?” or “What difference does the age of the earth make?” you have to realize that the idea of the earth being billions of years old and the General Theory of Evolution do not match with a plain reading of the Bible. So what do you do with this disparity?

One choice is to just ignore the disparity, to compartmentalize your thinking. You can believe science and religion are two different things.

A second choice is to accept the claim that the first eleven chapters of Genesis are just allegory. The Bible is not to be read as history but is just trying to teach us “truths” in the same way that Jesus used parables or Shakespeare wrote plays. Some professing Christians who believe this will even accept the General Theory of Evolution and believe that “God used evolution.” I know a nun that believes this.

A third choice is to compromise the Bible to make the Bible fit the “science.” Some people accept the idea that the earth is billions of years old, but they do not accept the General Theory of Evolution. These “old earth creationists” use the “day age theory” or the “gap theory” to try to make the biblical timeline fit. Many great theologians have accepted the claim that the earth is billions of years old. I fit into this category until I learned that I did not have to.

This is my story about how I grew up as a Christian but had questions and even insecurities because I knew that what I read in the Bible was inconsistent with what I was reading in textbooks, encyclopedias, and magazines and seeing in television documentaries and movies. Remember The Incredible Mr. Limpet?

It was when I was in my middle forties that I really began investigating this. I learned that there was a whole other side that was never presented to me. I really did not need to accept the “science” that contradicted the Bible. I could believe the Bible without having to do mental gymnastics.

Learning this, I felt a great weight come off of me. I wanted to share this with other people. I wanted to share this with my fellow Christians. But much to my dismay, I found very little support within the Christian community. I was convinced that the people in the pews would love to hear this message that they could believe the Bible, as I did. But I could not get past all of the pastors and church leaders. I would expect the Eugenie Scotts and the Michael Shermers to do everything they can do to muzzle people like me. But the church leaders being part of the problem was very difficult for me to deal with.

This book is autobiographical. I document my struggles. But in doing so, I integrate some of the major issues in the Darwin/creation debate. This is because I had to address these issues, and I know readers of this book also have to address these issues. In addressing these issues, I use arguments and language that even I can understand, so the average reader should also be able to understand. I have found that when I can put an argument in my own terms, whether it is from the materialist/Darwinist point of view or the Bible-believing creationist point of view, that is when I really understand the argument. I am not merely parroting arguments.

One reason is that these e-mails and narratives contain arguments as to why this issue is important. I hope to convince the reader that this is an issue that they need to care about, just as I was trying to convince church leaders—only to find out that they were not open.

Also, if you do what you have always done, you will get what you have always gotten. That includes me and the ministries and other organizations that I have been trying to communicate with. If I just keep contacting them directly, I should expect the same results, which is very little to show for my efforts.

And if these churches and organizations that I have been trying to communicate with keep doing what they are doing, this country will continue to go down the drain and we will continue to lose people. I gave a presentation at the San Antonio Pregnancy Care Center in 2012, connecting Darwinism to eugenics, abortion, same-sex “marriage,” and the breakdown of the family. At that time, six states had same-sex “marriage.” As of the writing of this book, seventeen states have same-sex “marriage.” So I am hoping that you, the person reading this book, can draw attention to this issue in whatever church or organization you are a part of.

This is one man’s journey to discover the truth about the Bible. Terry Read grew up in a Christian household and went to church. But Terry did not live in a bubble. Terry watched documentaries, read magazines, read encyclopedias, and went to public school. Terry knew that what he was learning about “science” from all of these other sources did not mesh with the Bible. Terry tried to make the two world views fit together somehow.

But Terry discovered another option that he had never been taught—that a person could believe the Bible as it reads. The Bible does not contradict good science. Terry studied this. He learned that the biblical world view is actually the only world view that is consistent with even doing science. Terry’s discovery was such great news to him that he wanted to share it. He knew that other people would be happy to hear this message. He knew that whether or not they admitted it, other people were doing mental gymnastics as he had done to make the Bible fit the “science.” Terry could see the devastation brought on society because people do not believe the Bible.

But when Terry tried to share his discovery, he became frustrated. The reason Terry had so much consternation was the unexpected source of the frustration—church leadership. Church leadership was actually afraid to share this message that people really can believe the Bible! This book document’s Terry’s struggles and tells what you can do.

Terry Read is the person in the pews—the foot soldier in this spiritual war. A director of the San Antonio Bible-Based Science Association, Terry is a licensed professional engineer in Texas. Terry lives with his wife of twenty-two years, Lisa, and their son, Joshua.