The Seven Churches of Asia Minor

Their Locations, Characteristics, and Christ Introducing Himself to them in Seven Different Ways 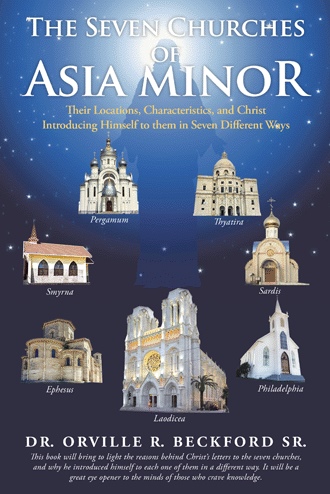 All these churches had something in common, they were all encouraged to listen to what the Spirit was saying and reap the benefits provided. Five out of the seven churches were not operating at the level Christ expected, while two were encouraged for having suffered and persevered through very hard times. The other five were all rebuked and admonished to make changes or face the consequences of not listening to the voice of the Spirit. While there are apostles and prophets, pastors, preachers and teachers and evangelists: The Spirit of God through his word must be the dominant voice that is heard above all. It also shows that a church cannot effectively operate where the Spirit is not heard. The letters Jesus gave to John all had a certain pattern to them.

They were addressed to the angels of the churches; they were sent directly to the shepherd or overseer, he had the responsibility to make sure that the church as a body was informed about Christ’s findings and admonitions, and what steps they would be required to take to make corrections. The angel of the church was the messenger who God would hold accountable for taking or not taking steps to instruct the church and lead them “by example” into making the necessary changes. The interpretations of who are the angels differ among commentators, but regardless of who one concludes the angel might be: the messages are unchanged.

Another thing these churches all had in common is that there was a promise that if they did as they were instructed, they would be rewarded. God is a God of promises, and he will fulfil his promises because he is the almighty God, he needs no counsel, he is self-existent, and he decides all by himself: but the responsibility is always on the people who are instructed to do as God required of them in order to reap the benefits of his blessings. To follow God’s instructions historically has had tremendous benefits to his people. When one takes a look at these letters they bring to light Paul’s letter to Timothy concerning the application of God’s word to his life. In the same manner all who will apply God’s word to their daily lives, will reap the benefits to be derived.

This should be an interesting study by looking at what all these different descriptions meant to the churches individually. The theme that followed consistently; no matter how he introduced himself, was his Omniscience, “I KNOW THY WORKS!”

They all have been through different experiences, and have had their own personalities, actions and reactions, but when it was all over they were all admonished in similar manner, “He that hath an ear, let him hear what the Spirit saith unto the churches.” This statement cannot be ignored at any point in the life of the church. One can only make wrongs right or build his hope and confidence by listening to the wooing of the Spirit. He is the one who searches the heart, reveals the world of sin and judgment, and instructs in the path of righteousness. Everyone individually, or all collectively should learn from this instruction and never fall in the predicament these churches found themselves in. There are always voices vying for the attention of the church. The devil is out like a roaring lion seeking whom he may devour, but likewise is the Spirit of God speaking constantly creating an awareness of the craftiness of the devil. So a listening ear must constantly be given to the voice of the Holy Spirit as He speaks. He does not always speak with a loud voice (as the devil does trying to convince men to listen) but often he reasons deep within the inner man with a still small voice.

If you have ever read about the seven churches of Asia Minor and wondered what they are all about, this book will help you get a deeper insight into the character of these churches. You will get a look at their geographical locations, their historical backgrounds, and their experiences that shaped the way Christ addressed them. Christ introduced himself to these seven churches in seven different ways because their works were different, and he wrote them according to their works. The church of Ephesus--the first of the seven--left its first love, and the last of the seven, the Church of Laodicea, focused on material wealth without recognizing that Christ was on the outside knocking, seeking the opportunity to come in. The Seven Churches of Asia Minor will take you through each church one by one; it will help you to identify actions for which they were admonished or encouraged. Five out of these seven churches were admonished, warned, and given specific steps to take for their restoration; they could take these steps or face the consequences meted by Christ himself. The Seven Churches of Asia Minor will be an eye-opener for churches and individuals alike.

Dr. Orville Beckford has been a pastor for twenty-four years, in Jamaica, the Eastern Caribbean, Rochester New York from (1995-2011), and now New Rochelle, New York. He has a Bachelor of Divinity, a BA in biblical studies, an MA in psychology and Christian counseling, and a PhD in philosophy in biblical studies. He and his wife of thirty-six years, Deana, have three children, and they live in Yonkers, New York.