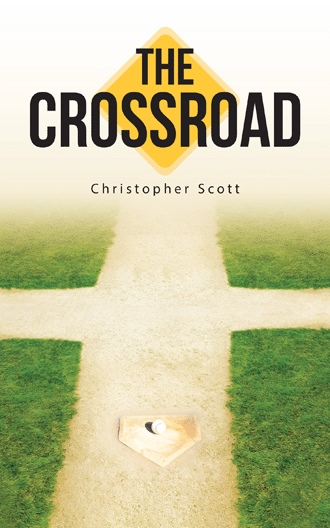 We all have times in our life when we come to the place where we face a crossroad. The place where we must make a decision that will change our life one way or another, forever. We can go the way that seems the easiest and will give us our heart’s desire, or we can go the way that may not be the easiest or give us our heart’s desire, but in the end will be the way we need to go. Today was the day when James Morgan came face-to-face with his crossroad.
James was never really a believer in God or had much spirituality. Growing up in the Appalachians, James faced trials and tribulations on a daily basis. Food was scarce. Jobs were even harder to find and when one did get a job, the pay was nearly nothing. Yet many folks who lived in this part of the country had a belief that was hard to deny. They had seen first-hand, miracle after miracle. Plus, you just didn’t question what Momma and Pappa taught you. Oh there were skeptics. There always are. But for those who lived it, there is no question that God exists and is still in the miracle business. Yet for James, it wasn’t that way. He felt if God really did exist and loved everyone like the Bible says, then why was his family so poor? Why did his sister have to get sick and die? Why did he feel such emptiness inside? Why did their house have to burn down? Why...? It was so hard for James to believe, because things were so bad that he just couldn’t believe.
Back about 15 years ago, James was playing catch with his friend Albert Nichols when his sister, Margaret, came home from playing at her friend Emily Bissum’s house. It was hot that day. So hot, you could spit and it would dry up before it hit the ground. There was a breeze, but all it blew was more hot air. Even in the shade it felt like it was well over 100 degrees. James could still see the look on Margaret’s face when she came into the front yard. She looked pale as the sheets Momma was drying on the clothesline. Margaret kind of had a distant look to her eyes, and she wandered over to the front porch to sit down. James and Albert stopped playing catch and went over to check on her.
“Are you OK?” James asked. Margaret just stared. So he asked again, “Margaret? You look like you’ve seen a ghost. You’re as pale as Momma’s sheets. Are you OK?” As she sagged down onto the top step, she gave a nod that really didn’t convince James otherwise.
James told Albert to watch her while he ran in to get Momma. “Momma, Momma! It’s Margaret! She don’t look good. Come quick.” Momma was in the kitchen trying to put something together for lunch. She was peeling what few potatoes they had left and dropped the paring knife when she heard James yell to her. She ran to the front door and looked out the tattered screen on the screen door. Margaret was now lying down on the front porch.
Momma said, “We better get you inside, darlin’.” So, she went out and picked her up. “You’re sweatin’ up a storm!” Momma said. Momma laid her down on the couch in the living room and went into the kitchen to get a wet rag for her head. Margaret was listless – she just lay there. Albert and James stood there wondering what was wrong with her. They were worried. When Momma came back into the living room, she told James and Albert, “Go get Doc Adams and be quick about it!”
The boys took off as fast as their bare feet would take them. They let the screen door slam and bounded off the porch. Doc Adams lived in town, and the boys knew it would probably take them a good 30 minutes to get there at a full sprint. But they knew they couldn’t run that fast the whole way there, either. After about 10 minutes, they had to stop because their lungs were burning like they were on fire.
“Wonder what’s wrong with her,” Albert said between breaths.
“I’ll bet she’s got the influenza. I remember when Aunt Violet got it last year. She ‘bout died. I hope Margaret don’t have it. I just can’t bear to see her lookin’ so sick,” said James.
Momma was worried. She tried to keep Margaret comfortable while the boys went for Doc Adams, but it didn’t seem like anything she was doing was helping. It seemed like they were gone for hours. But when she looked at the clock, she realized they had only been gone for about 15 minutes. Momma tried to talk with Margaret, but she was unresponsive. Never before had Margaret been this sick. Oh sure, she’d had her upset stomachs before and light fevers, but nothing like this. Momma pulled up one of her daughter’s eyelids to look at her beautiful blue eyes. It was vacant – like she was looking into a deep dark hole. Where did her little girl go? What was it that she had? When are Doc Adams and the boys gonna get here? she thought. It had only been 20 minutes.

The tragedies of our past can become the baggage of our future. In a small town in the Appalachians, tragedy hit James Morgan and his family when he was a young boy. Losing his sister so suddenly really shook his faith.

As James enters adulthood he encounters some crossroad moments—which not only have an immediate impact on him—but also significantly impact his future. The woman he loves has given him an ultimatum. Is James willing to make the commitment she’s asking of him? What about his dreams of playing Major League Baseball—will he have to give that up in order to pursue his other great desire?

James has some decisions to make. How will the tragedy of his past affect his choices now?

Christopher Scott was born and raised in Michigan, and he now resides with his family in Tennessee. Playing ball has been a part of his life for over three decades, and his mission trips include experiences within the US and abroad. The fictional plot is drawn from his own dreams, desires, and experiences.