Living in the In-Between 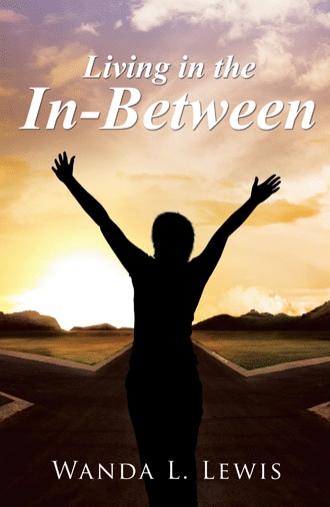 Coming out of high school, I felt that I was on top of the world. I had finished school and freedom was now mine. I was “grown” so to speak and able to do whatever I wanted to do. The problem with that was that I didn't know what I wanted to do. I had spent my teenage years trying to stay out of trouble. I had failed at this miserably but managed to not get into too much trouble. That all changed.

I moved into this one room apartment that was paid by the week. After getting settled in, I found a little part time job at a local restaurant and this allowed me to pay what few bills I had. During this time, I missed my family a lot but because I was so prideful, I was unable to return home so I didn't talk to them very much. I ran into a few friends from my past and we started to hang out. Over the course of the next few months, I started to make hanging out a regular part of my routine. I would work Monday through Thursday and party Friday through Sunday. I didn't go to church anymore because I needed time to sleep and recoup from my days and nights of hanging out. My friends were doing that so I didn't think there was a problem with it. While hanging out, I had started to drink on a regular basis but nothing I couldn't handle. Or so I thought. Along with drinking I would smoke the occasional “joint” with or without other substances included. This went on for months without the consent or acceptance of my family. Before I knew it, I was in the midst of a full blown addiction and didn't realize it. I remember seeing my mother one day while I was out walking and she said that I needed to gain some weight because I looked like I was on drugs. I of course denied it but she was right on the money.

I had been at my job for some time before getting laid off due to sales. This of course left me without the ability to pay my rent so I found myself without a place to stay. I wanted to call home and tell my mother but I was embarrassed. I spent most days going from place to place, trying to find work so I could get another place to stay. This is a vicious cycle. Most of my friends thought that I did not want to go home if I asked them to spend the night. They had no idea I didn't have a home to go to. Keeping in mind, I am still dealing with my addiction. I would borrow from people, pick up cans, and give plasma all in an effort to make a little money. I was always afraid to do anything else like escorting. I didn't want to take the chance of running into someone I knew. Six months had passed since I lost my place and I was running out of options.

Things got so bad till I would sit in the Burger King at night and would order some hot water and I would use their lemon packs and sugar to make something warm (or cold) to drink. After they closed their doors for the night, I would go around to the back where they threw out their garbage and the bags that had the overage food in it, I would take. This became the norm for me. I did this for so long till the regulars there got to know me and would allow me to just take the bags from the inside of the restaurant. When they were slow, I would go into the rest room and wash off and change clothes. I didn't have much so I only did this a few times a week.

One particular night in January, I was sitting near the river watching the water. I wondered to myself, how did I get here? How did things get so bad? I never really thought about praying because I figured I was getting what I deserved. I figured this was some sort of punishment or something. You see, I knew who God was but figured He didn't know who I was. I tried going cold turkey to stop the drugs; I tried just doing marijuana because I figured this was not as bad as some of the hard stuff. I tried doing just the alcohol because it was legal and sometimes cheaper. Again, I never thought about turning to the church or anything that came remotely close to living right. I just wanted a warm place to sleep and a good hot meal.

This particular night, it was pretty late and I had decided that I was going to just hang there for the night. This man came up to me and asked if I needed any help. My being a chicken, I figured he was asking for something I didn't want to give him. He instead offered me an alternative to sleeping by the river. He said that he knew of a place that would allow me to stay there that was safe and I could be there until I got on my feet. Still being afraid of what he had in mind, I told him that if he wanted to show me what he was talking about, I would go but he had to walk in front of me. He took me to a local church in North Little Rock that helped to house the homeless. I was shocked and a little confused because I didn't realize that churches did things like this. I thought their sole purpose was to drill and force religion down your throat. I didn't want that but I did want a place to sleep.

Living in the In-Between is a book of self-discovery and faith. The story and testimony shared can help you to find the strength to face your own insecurities and discover the real you through prayer, self-affirmation, and revelation. Living in the In-Between can help you to see that God is at the center of every situation and is the foundation of all critical and noncritical decisions you will make in your life.

Wanda is a native of Little Rock, Arkansas. She received her certifications in professional coaching from World Coach Institute. Wanda and her husband are marriage ministers and in leadership. Wanda is the founder and director of Positive Change of Direction, a professional life coaching practice started in January 2011.