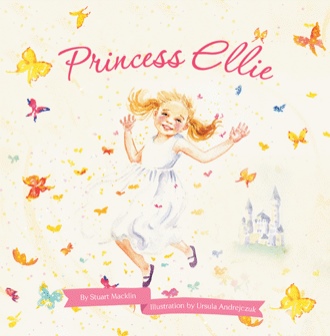 Once upon a time there was a beautiful princess named Ellieanne. Of course, she was called this by her mother and father, the queen and king, but her good friends simply called her Ellie. Ellie’s friends often said, “Our dear, sweet Princess Ellie has a magical light inside of her, which brightens up our lives!” Princess Ellie’s close circle of friends claimed she was the most beautiful girl in the world. They found her to be sweet, and nice, and whenever she entered a room, everyone of her friends felt happier, and she caused them to smile and then to giggle. In her father’s forest kingdom, when Ellie skips through the forest, she lights up with shimmering colours, which causes even creatures like the squirrels, the foxes, the bears and deer to gaze in wonder as she crosses their paths. But one day as Princess Ellie skipped through the forest she met an evil frog sitting on a lily pad. Raspyputin was his name, for his voice was harsh and raspy, as if his words scraped across sandpaper whenever he spoke.

“Why are you skipping so happily?” Raspy asked. “I would think you would have plenty to worry about, my dear.” Princess Ellie offered the frog a confused look. “Whatever do you mean?” she asked, worriedly. Raspy let out a rude belch, then said, “Well, you are not exactly a beautiful princess. Why, step forward and take a good long look at your reflection in the lake, my dear. Look into the lake and you will see the truth of who you are.” Just then Raspyputin flicked his long, spindly fingers above the clear, green waters, and secretly cast a spell which caused the lake waters to sizzle, ripple, and then return to normal. Ellie stepped forward and peered down into the lake.

The moment Ellie looked down at her image reflecting back at her from the clear, green water, she couldn’t see any of the happy, good parts of her. The parts that made her shine like a bright light were suddenly very dim. 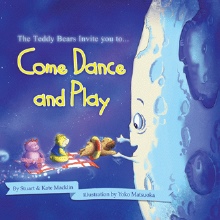 A princess is one who is treasured by the king. She is highly valued, deeply loved, and beautiful in heart. She is unique and one of a kind throughout all the land. It is her love and her understanding of who she is that affects all those who reside in the kingdom. I believe you have the heart of a princess, so let Ellie show you her story and release you into yours. May this book be a guide to help you understand just how important you are to the King.

Stuart Macklin experienced successes in life through business and entrepreneurial pursuits. But after a cancer diagnosis in 2008, he was touched by the love of Jesus and changed forever. With a fresh revelation of the good news of freedom, he pursued ministry in missions work throughout Asia, Africa, and America, to spread the message of grace so close to his heart. He now resides in America with his wife, Kate, and he is working on developing children’s books that impart love and grace to young readers.