The Farmer, The Preacher, & Political Mountains 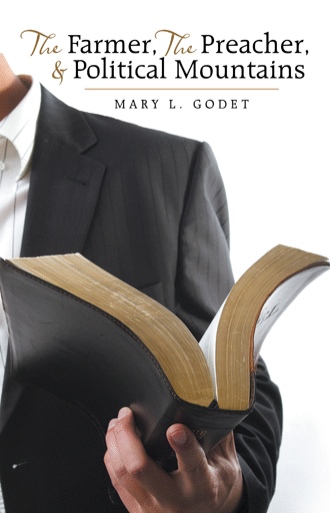 At 12 years old, Ed’s father, Pa, would give him a shot gun and leave him to protect the animals from predators. Ed learned responsibility early in life and could manage well his assignments. Pa, being a great lover of animals himself, would often talk to the animals, and firmly believed they spoke back in their own way.

Life would drastically change for Ed in July of 1960. Now 21 years old, his mother, being a woman of great faith, had been praying for years that he would become a Christian. This she faithfully did for her whole family. Up until this time, Ed had not visited a church or read a Bible. On one occasion in July 1960, Mama invited Ed to visit the Carmichael Bible Church which was conducting special services. The late Rev. Stanley Blowers of Michigan, and current pastor of the church, shared the gospel. Ed felt strongly that his life was being unravelled before his very eyes and needed to cease his present behaviour and give his life to God. However, since no one responded to the altar call, he did not either. He later believed that the Holy Spirit was tugging at his heart for the remainder of that week convicting him of the need for change in his life. A week later, he returned to the service with his mind made up to respond, and that he did. Ed said he did not know how to pray, but Rev. Blowers encouraged him to “talk to God just as you would talk to me”, he explained. That made a whole lot of sense to Ed, and he simply asked God’s forgiveness for the kind of life he was living and asked the Holy Spirit to take up residence in his heart. That moment started a drastic turning point in Ed’s life.

Edward Henry Godet, a man with a vision and a mission, was converted to Christ at the early age of twenty-one.

This book tells how a young man, moved by the Holy Spirit, immediately sought to walk in obedience to God.

His decision would take him to the many islands of the Bahamas and abroad. He took Proverbs 11:30 literally, and winning souls was first place. Souls were saved in every place the Gospel was preached. Many of the saved are faithfully serving God today in various areas.

In 2001, Ed was awarded a Certificate of Honour by Her Majesty Queen Elizabeth II for services to the civic and religious community.

This book speaks to his persistence and fortitude in spite of obstacles and at the same time showing respect for those in authority.

These days, Ed rests comfortably at home enjoying the overwhelming love of his wife, children, brothers, sisters, extended family, and a host of friends. He is humbled by the outpouring of such love and care.

Mary hails from the British isles of the Turks and Caicos. She spent her life since the age of four in the Commonwealth of The Bahamas.

She is the virtuous wife of one husband, and a joyous mom of four girls.

She has travelled with her husband over forty years with God-given opportunities in prayer, teaching, counselling, organizing vacation Bible schools, Sunday school seminars, ladies’ seminars, and helping in secretarial and musical ministries.

Now in her later years the Lord continues to give perfect peace, a quiet dwelling place, and precious times in His Word.