by Paula Champion-Jones & With Leonard Sweet 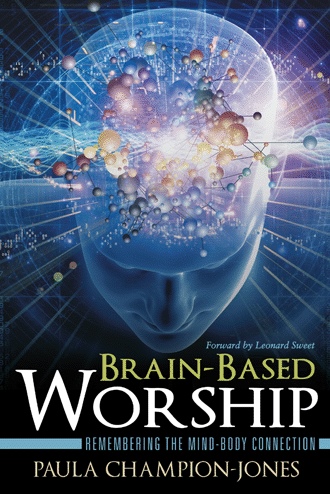 The date on planet Earth was January 5, 1968, but in an alternative Trekkie universe, it was Stardate 3211.7. During a routine inspection of an unmanned station at Gamma II, Kirk, Uhura, and Chekov were captured and imprisoned by race of humanoids on the planet Triskelion. The humanoids were themselves slaves, oppressed and controlled by a group of reclusive and unseen planetary rulers called ‘The Providers.’ The Providers forced the humanoids to do their will, using them for entertainment purposes in gladiator-styled games of combat. The Enterprise crewmembers were taken to holding cells, shackled to the walls, and fitted with metal collars that were engineered to deliver severe pain if they disobeyed instructions. In the cells, they were informed that they would spend the rest of their lives as slaves whose only reason for existence was to accommodate The Providers’ thirst for blood sport. After a failed escape attempt, Kirk was transported to a seemingly deserted but expansive bunker buried deep beneath the surface of the planet. He cautiously made his way through the chamber to its center, where, at long last, he met his nemeses face to face, the only problem being that The Providers had no faces. Instead of physical beings, Kirk ‘faced’ three disembodied, glowing brains that lived inside a dome-shaped structure. The brains explained telepathically that they were ancient beings who had evolved to the point that they no longer needed physical bodies. Without bodies, they discovered that they were easily bored. Consequently, they enslaved droves of humanoids for entertainment purposes, waging bets over the outcome of gladiator contests between them. The disembodied brain made its first public appearance long before 1968. It had been a recurring TV and cinema character ever since 1942 when the movie Donovan’s Brain started it all. The semi-human creature has since been featured in horror movies (Fiend Without a Face), comedies (The Man With Two Brains), cartoons (Futurama), role-playing games (Dungeons and Dragons), and video games (Metroid). In each instance, the cold, logical intelligence of a disembodied brain was viewed as more rational, more powerful, and occasionally even preferable to the standard brain-body arrangement. Two Star Trek characters, Mr. Spock and Data, became paradigms for those attracted to the notion that it is advantageous to be capable of reasoning without the interference of a pesky human body and its accompanying emotional reactions. Because Spock’s father was a normal green-blooded Vulcan, Spock inherited the biological ability to disregard feelings. Data, on the other hand, was a sentient android who offered viewers an outsider’s perspective on the role of human emotions. It is not surprising that, along with science-fiction fans, those working in disciplines such as science, statistics, or mathematics might consider the ability to work from a position of pure logic an asset. For researchers, logic is an irreplaceable tool that helps them determine why things are as they are. Emotional attachment to the outcome of a study is always unadvisable because it can affect the interpretation of research results. It has even caused some to falsify those results. Approximately two percent of researchers have admitted to such misconduct.

On the other hand, it is highly problematic to encounter followers of the Incarnate Christ who disdain the flesh-and-blood body. You might even call it ‘most illogical.’ At the Council of Chalcedon (451 CE), Orthodox Christianity affirmed that Jesus, as the second person of the Trinity, “became flesh.” God somehow stepped through the wafer-thin membrane that separates the seen from the unseen, and when He did, He stepped into a human body. He honored the human body of Mary by stepping into her womb, where, for the first time since time began, the DNA of humanity fused with the very essence of God. In the person Jesus, the divine nature of God united with human nature in one person who was “truly God and truly man.” This fact alone should cause us to stand in awe of and to give thanks for the human body. Regrettably, that is not always the case. I grew up in a Protestant church that taught me to imagine eternity with Christ as one long disembodied state of spiritual consciousness. Until that time arrived, I was stuck with a physical body, but I was to always keep in mind that there was something hopelessly and incurably wrong with it. I was expected to look with loathing on my weak human flesh, always mistrusting what it most deeply sensed and felt. In the meantime, I was to gain comfort in knowing that a glorious day was coming when I would ultimately leave a rotting corpse behind. The ‘real me’ would morph into an uncorrupted, incorporeal spiritual being––rather like one of Star Trek’s ‘Providers.’ In the Church that made me, ‘no body’ was equated with ‘no temptation.’ Accordingly, I walked through decades of my life believing that my own body was an impediment to following Jesus. I was not alone. A long line of body-loathing predecessors littered earlier centuries, some of who carried contempt for their own bodies to almost unimaginable heights. Asceticism, a severe lifestyle in which all forms of indulgence and pleasure are avoided, grew from just such a mentality. Convinced that the body was an obstacle to overcome, the ascetics tried to break it by punishing it. In fifth-century Syria, Simeon Stylites attempted to flee bodily pleasure by vowing to live in a space less than 20 meters in diameter. As more and more pilgrims sought him out for advice, he tried to escape them by living on a small platform, approximately one square meter in size, atop of a six foot-tall pillar. Over time, he extended the pillar to more than fifty feet tall and added a railing. There, he stayed until his death thirty-seven years later. In the fifteenth century, Thomas More, Lord Chancellor of England who served during the reign of Henry VIII, cozied up to agony by wearing a hair shirt under his outer attire. The earliest hair shirts were made of coarse animal fur that irritated the skin. By More’s time, it was common to weave additional items such as twigs or wire into the garment, thus ensuring the body would never experience a single moment of carnal pleasure. In 1669, Puritan Thomas Watson penned, “The flesh is a bosom traitor; it is like the Trojan horse within the walls, which does all the mischief. The flesh is a sly enemy—it kills by embracing. . . . The flesh, by its soft embraces, sucks out of the heart all good.” On the far extreme of extremism were those such as the Los Hermanos Penitentes, a nineteenth-century semi-secret society of flagellants among the Roman Catholics of Colorado and New Mexico. Few in today’s American church are even slightly tempted to enter the bizarre realm of self-punishment, but that does not mean that the Church has entirely embraced the human body as a good creation of God. Even though she may give lip service to the idea, in practice, the Church can still deny the gift of embodiment in the way we preach and in the way we conduct worship.

A new understanding of learning based on the findings of neuroscience can propel the teaching ministry of the Church to new levels of effectiveness. Neuroscience is offering fresh insight into how humans learn. The resulting teaching paradigm––brain-based learning––is plotting a fresh model for teaching that is proving to make teaching more memorable, more applicable, and more likely to result in changed thought and behavior. It is also refusing to relegate learning to the brain as it re-enlists the human body as an instrument of learning.

Entrusted with the teaching ministry of Jesus, no one needs to employ brain-based teaching methodology more than those who teach Christ crucified, yet in the course of our prime teaching time, the worship service, we often violate every guideline. This book is written to educate and empower those who plan worship to understand and use brain-based teaching strategies.

“Paula Champion-Jones is a triple threat. She has been designing creative worship services for years, she has an enormous heart to see God’s church succeed, and now she has the neuroscience to back up how she’s invested her own creative gifts. You cannot go wrong by reading this book. It will open your eyes, give you new ideas, make you rethink stuff that needs rethinking...in short, it will teach the most experienced pastors and the most jaded churchgoers to see worship planning in an inspiring new way. I can’t wait to assign it to students in my worship class!”
—Laura K. Simmons, Professor of Christian Ministries, George Fox Seminary

Having begun her career as an educator, Paula Champion-Jones is well versed in educational theory. Having spent a lifetime in church, she know how poorly prepared the average minister is to teach and is aware of the dismal results of the teaching methods most often employed. As a United Methodist pastor, she has effectively employed brain-based learning methods in three churches. While working on a DMin degree at George Fox Seminary, she thoroughly researched the subject under the mentorship of Leonard Sweet. Paula Champion-Jones began her career as an elementary teacher. While taking time off to raise children, she became involved in her church’s education ministry, eventually pursuing a Master of Divinity in Biblical Studies through New Orleans Baptist Seminary. Upon graduation in 1993, she was the recipient of the American Bible Society Award for Scholarly Achievement in Biblical Studies. In 2000, she responded to the call to pastor and returned to school for a second MDiv in Methodist Studies from Memphis Theological Seminary. Since 2002, she has served as a pastor in the United Methodist Church. During this time, she has focused on creative worship. In May of 2014 she completed her DMin at George Fox Seminary where she was presented with The Distinguished Dissertation Award. Her passion is making God more accessible to others during worship. Paula lives with her husband of 42 years, Joseph Jones, in Hoover, Alabama. They have three adult daughters and three grandchildren. She is an avid reader, an amateur artist, and an enthusiastic flower gardener and storyteller.