Replacing Chaos, Confusion, and Captivity in Your Life with Peace, Purpose, and Freedom! 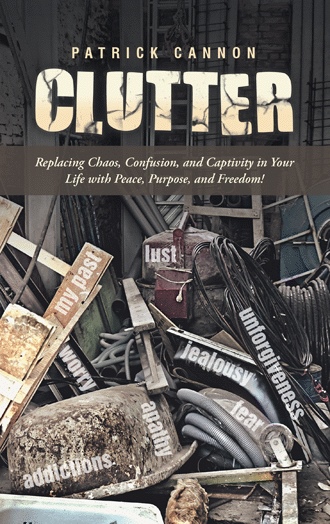 “If a cluttered desk is a sign of a cluttered mind, of what, then, is an empty desk a sign?” Albert Einstein.

If one’s going to title a book “Clutter”, it’s a good idea to define the word. Webster defines Clutter as a “disorderly heap”. If you have every watched the TV show “Hoarders” it is something you gradually accumulate until the negative effect on your life becomes overwhelming.

Believe it or not, clutter is a Biblical concept. In chapter 11 of Hebrews, the apostle Paul describes what faith is, why we need it, and why God loves it. This is followed by example after example of individuals who lived their lives by faith in the midst of unpredictable circumstances. Every one of them, not knowing the outcome, decided to trust in God’s directional promises.

At the end of chapter 11, Paul said every one of them received God’s approval because of their faith, and they are waiting for us to finish the race so they could receive what was promised. No pressure there! Chapter 12 starts off with the word, “Therefore”. In other words, because of what you just read, this is what you should do.

Hebrews 12:1 (NLT)
1 Therefore, since we are surrounded by such a huge crowd of witnesses to the life of faith,

The “crowd” Paul is talking about includes everyone he had just spoken about in Chapter 11, through everyone alive today who have chosen to follow God’s lead, without knowing the outcome, but, trusting in His promises. They witnessed God’s faithfulness.

Paul wants to let us know about a life changing truth. It’s the number one thing that cannot only destroy our faith; but keep us from witnessing God’s power and experiencing His blessing, protection and direction in our lives. It can actually prevent us from experiencing what I call “God realities”. What’s a God reality? I don’t know about you but I’m like many Jesus followers who have gone to church and read the Bible. I have both read and heard about God. A God reality is when we actually get to see and experience something that can only be described as supernatural.

For example, when I was eight my family lived on the outskirts of Omaha, Nebraska. The highway department was starting a major project that would bring a highway right by our little rural neighborhood. It was winter and a major snowstorm had just dumped nearly 15 inches of snow. My mom and I were driving back from the store. The roads weren’t terrible, but they were snow covered and slick. Our last approach was a long steep hill led to a curve, and end with one more turn into our neighborhood. About half way down the hill our full sized station wagon began to slide. My mom’s approach was classic. She took her hands off the wheel and screamed. As we picked up speed, I remembered the steep drop off on the other side of the curve. Our speed increased and all my little eight year old brain could do was to ask God to not let us die! Everything happened extremely fast. As we approached the curve, I saw the big pile of snow in front of us. In a matter of seconds we hit the snow and our car came to a sudden stop just inches from going over the edge. My mom and I looked at each other and cried. We had just experienced a God reality. This was evidenced when the wrecker came to pull us out and the driver told us how “lucky” we were because just moments before the plow had come by and pushed all the snow against the curve. In the midst of our fear and uncertainty we experienced God’s protection in our lives.

Clutter can prevent us from experiencing God realities in our lives. They hold us back from diving into a place where God becomes real.

In the rest of Hebrews 12:1, Paul explains more about clutter.

Hebrews 12:1 (NLT)
1 Therefore, since we are surrounded by such a huge crowd of witnesses to the life of faith, let us strip off every weight that slows us down, especially the sin that so easily trips us up. And let us run with endurance the race God has set before us.

Paul describes two kinds of clutter that can prevent us from not just winning the race called life; but finishing it in a strong manner.

Clutter Number One
“Every weight that slows us down”.
It’s important to notice that Paul isn’t necessarily saying that “every weight” is a sin. Clutter is something that constantly gets in our way. It could be an unhealthy relationship, a bad habit, or even our past.

Clutter Number Two
“Especially the sin that so easily trips us up.”
These are the sins that we go back to over and over again. Not only is it a sin we go back to but it’s a sin that constantly trips us up. For many of you reading this, it’s a no brainer to figure out what that sin is. And it’s different for every one of us. Let’s be honest we know which sins in our lives cause us to stumble and fall over and over again.

HOW BAD IS IT?
As I began to think about the impact of clutter in my life and the lives those I have counseled over the years, I discovered clutter can have three toxic effects in our lives. 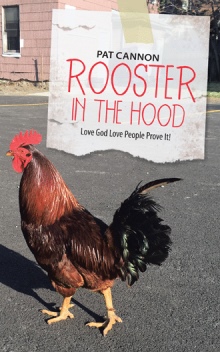 If you’ve ever watched one of those shows about people that hoard “stuff” you know the damage it can cause in someone’s life. As their clutter grows, the more toxic it becomes. It causes chaos and confusion and often times holds them captive. The same is true in our own lives.

All of us have those areas in our lives that hold us hostage. Even though God created us to live with purpose and freedom, we tend to collect clutter that can become toxic and prevent us from experiencing God’s best. Clutter was written to help us discover the number one thing in our lives that keeps us from running unhindered this race called life.

Through easy-to-understand examples and brutally honest personal stories, Clutter uncovers five areas that can weigh us down or trip us up and explains how to start the cleaning process. Our past, worry, fear, lack of forgiveness, and lust can all cause chaos, confusion, and captivity. The good news is that there is a way to not only recognize the clutter but take steps to clean it out of our lives once and for all.

You don’t have to remain locked up or weighed down any longer! Why not open up those closets in your life and start cleaning out the clutter today!

Patrick Cannon lives with his wife, Kelly, and their youngest of four children in the most impoverished area of Ohio and Southeast Michigan. He pastors That Neighborhood Church in Toledo, Ohio. He has led ministries in small and mega church environments in suburban and urban settings for thirty years.