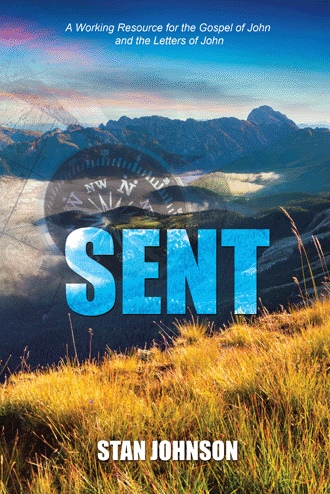 Whether or not they understood, only hours before His arrest and crucifixion, Jesus prepared His disciples for their living within the glory of His Resurrection.

Previously, having promised the gift of His Spirit whereby they would not be orphaned, Jesus now likened His disciples’ present experience to that of a woman in childbirth:

“So you have pain now; but I will see you again, and your hearts will rejoice, and no one will take your joy from you…. Until now you have not asked for anything in my name. Ask and you will receive, so that your joy might be complete.”

This observation permeates our passage, even as it divides into three. In the first portion Jesus affirmed that He had spoken to His disciples in “figures of speech,” but soon He would no longer do so. Soon and “boldly” He would speak to them of the Father, and upon that day, they would ask of the Father in His Name, who, in love, would respond to their requests. The word translated “figure of speech,” παροιμία, occurs nowhere else in the New Testament, except twice here, once in John 10 and once in 2Peter. It can mean “proverb,” but some would translate it as “dark sayings.” If so, these “dark sayings” or “figures of speech” are unlike parables: they are neither story-like nor are they “dark,” as if sinister, but dark as if veiled in midnight shadow.

In the second and third portions, verses 29-30, and then verses 31-33, the disciples echoed Jesus’ words: We now understand; we believe that you came from God. However, given their expressed confidence, in the third portion Jesus stated: Soon you will be scattered, leaving me alone. But I am not alone: the Father is with me. Moreover, “I have spoken these things to you, in order that you might have Peace. In the world you have tribulation; but take heart, I have conquered the world.”

A further reflection regarding that Greek word, παροιμία, or “dark sayings:” For many years I found John’s Gospel difficult to understand; but now, with thanksgiving, I find his Gospel to be a “dark saying,” whose outlines and meanings cannot be fully grasped. His Gospel is very like the Apostle Paul’s comment: “For now we see in a mirror, dimly, but then we will see face to face. Now I know only in part; then I will know fully, even as I have been fully known.” From Paul’s words, the word translated “dimly” is quite literally the word “enigma” or “riddle.”

Likewise, John’s Gospel can be likened to an enigma: from its pages Jesus spoke of His Body as a temple; of being born from above; of living water; of Himself as I AM: I AM the bread of life; I AM the light of the world; I AM the door; I AM the good shepherd; I AM the resurrection and the life; I AM the way, the truth and the life; and I AM the vine. He spoke of Himself as the One sent by His Father; as the One who loved even as the Father loves; as the One who would return to His Father; and as the One who was/is one with the Father. In many regards, John wrote simply, but his words elicit wonder and mystery—whereby we become like a caterpillar seeking to discern the life of a butterfly.

Thus, as the One veiled in mystery, John wrote of the One who was in the beginning, who is the Word—the very Word of Life, the very Light whom darkness did not consume. It was this One who said, “[In] me you may have peace. In the world you face tribulation. But take heart; I have conquered the world!” These words are dark sayings, which reflect the Gospel: we have been given His Peace, we who are unholy have been given His Holy Spirit. In the world we do face “tribulation,” a word suggesting a slow grinding-down; but He has conquered the world, a verb tense suggesting that His conquering has begun but is in no way completed—just as D-Day signaled the end of WWII, fourteen-to-eighteen months prior to the Axis powers’ surrender.

As John prodded his first readers, so I prod you: “These things have been written, in order that you might believe that Jesus is the Messiah, the Son of God, and in order that, upon believing you might have life in His name.”

Has John’s Gospel ever seemed an enigma—a wondrous and enticing enigma, but nonetheless puzzling? SENT provides a resourceful entrée into John’s Gospel, that will be of encouragement to pastors, teachers, and small group leaders alike.

As a resource to John’s Gospel and the Letters of John, SENT seeks to combine the concluding statement of John 20 with Jesus’ affirmation of John 17:

“But these [signs] have been written in order that you might believe that Jesus is the Messiah, the Son of God,” the One who said, “As you have sent me into the world, so I have sent them into the world.”

Given this combination, SENT addresses two questions: to whom was Jesus sent and with what message? Moreover, through the entrée of John 17, Jesus’ “I AM” statements resonate profoundly, even as the voice of John’s Gospel echoes throughout the Letters of John.

SENT provides Scriptural texts in Greek and English, study questions, and meditations. The format is simple: divided into workable parts, it follows the course of the “academic year” in conjunction with the Christian calendar. It may be used devotionally or as an aid to teaching and preaching.

Stan Johnson, born and raised in Salinas, California, has degrees from UC Berkeley, Princeton Theological Seminary, the University of Notre Dame, and Louisville Theological Seminary. As a pastor-teacher, he has ministered in California, Indiana and Massachusetts, and feels a keen pull to Malawi, where he has been invited to teach regularly at the Josophat Mwale Theological Institute. With his wife, Mary, he greatly enjoys their seven grandchildren.