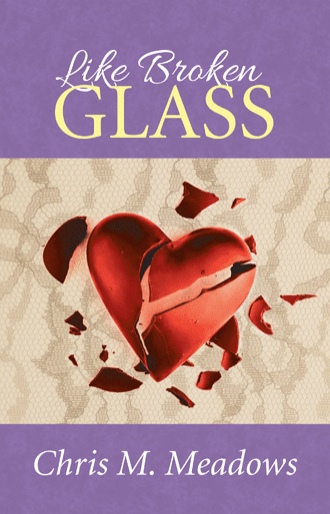 It all started on Friday August 7, 1992. This was the day before my 30th birthday, and as I was walking out the door at the end of the day I turned and said to my father "under no circumstances is anyone to call me tomorrow because it is my birthday, and nothing short of a natural disaster will get me into the shop." I’m sure this announcement was met with great pleasure by all those who didn’t want to put up with my tyrannical behavior, but this proclamation would soon prove to be prophetic words (John 11:51) that would change the course of my life forever and bring me back into focus with the commitment I had made to serve Christ.

Saturday August 8th, 1992. It was 7:15 in the morning and I was fast asleep (not too bad for someone whose life was a wreck) when the phone rang. As I was awakened and answered the phone I heard my father’s voice on the other end of the line frantically informing me we had a serious problem at the shop. I looked at the clock to see what time it was, and very sarcastically inquired how we could already have an issue if we didn’t even open for another forty-five minutes. He quickly explained how that the severe rains from the previous evening had swollen the creek behind the shop beyond its banks and there were large amounts of water making its way into the building. Having slept so soundly I wasn’t even aware there had been any rain during the night, but told him I would come as soon as I could get dressed.

By the time I arrived at the shop, my dad and our employees were wading in water ankle deep and trying to move inventory to higher areas as the water continued to rise inside the building. Within forty-five minutes the water had risen to chest deep, and I realized our attempt to save anything was becoming futile. The last thing I remember saying as the current picked up was that I didn’t want anyone to get hurt and for everyone to vacate the building. Knowing we had insurance I told them all to get out to higher ground and we would salvage what we could when it was all over. My mother, who had arrived earlier, was standing out on the main highway waiting for any prognosis; as I walked up to her she put her arms around me, wished me a hardy happy birthday, and said "Well, I guess you got your natural disaster."

By Monday morning, August 10th the water had receded and everyone came to work ready to help with the cleanup. The water had risen up to over six feet inside the building. The extreme pressure the water had exerting on the inside the building, as the water levels on the outside were receding faster than on the inside, burst open the front doors allowing much of our inventory to wash down the still swollen creek. What little did remain was damaged beyond use. Most of the equipment was lost and all twenty of the customer vehicles in the shop were totaled from having been completely submerged in water. Many of my friends rallied around me and came to help with the cleanup, but many other of the locals with less than altruistic intentions came to loot items which could have been salvaged, taking anything they could before we were able to retrieve it. I remember one man in a rowboat with mounds of sparkplug wires, oil bottles, and jugs of antifreeze heaped up till they almost overflowed his vessel. I yelled out to him that he was stealing and needed to return the items to which his reply was, “No, don’t worry their insurance will replace it all.”

Looking at the destruction all around me I was struggling to wrap my mind around everything that had happened, and trying to make the wisest decision I began discussing a course of action with my parents. It was then that I noticed my insurance agent walking through the muddy strewn mess which now looked more like a war zone than a business. He approached me and chatted about the storms of the past weekend and the wide spread damage caused by the flooding in that particular area of our state. After assessing the damage he informed me there was some good news and some bad news (these weren’t exactly the words one would want to hear from their insurance agent at a time like this). He dismally explained that our business was located in a flood plain; therefore we had no insurance coverage in the case of a flash flood. The good news was that all our customer vehicles would be covered under our garage keepers insurance, the bad news was that we had no coverage at all on the business itself. The inventory, equipment, and fixtures, it was all gone. Everything I had was invested in this business and now in just a little over an hour’s time my entire livelihood and everything that I had worked for had all been washed down a creek for the thieves and jackals to steal. Even then I couldn’t see that I was the foolish man who had built his house upon the sand, and when the rains came tumbling down upon it, my kingdom made of sand went BOOM! (Matthew 7:24-27)

Were you ever lost in a large department store when you were a child? Can you remember how you felt with your chest welling up inside like it was going to explode from the anxiety that overwhelmed you as you frantically searched for your mom or dad? Your mind racing as you were thinking, “I only took my eyes off of them for a minute to look at the toy, oh where could they be?” That sheer panic is what plagued me when I was distracted by things in this world and lost my way. ‘Like Broken Glass’ is an inspirational book about losing our way, making all the wrong decisions and God still bringing us home safely again. This journey began with losing everything our family had in a business which was wiped out by a natural disaster; then refusing to see God’s hand of providence, I tried rebuilding it all again. Compounded by the untimely death of my father, God finally broke my heart and I listened. This story ends with one of the greatest blessings I have ever known, culminating in the birth of the only heir to my family name. ‘Like Broken Glass’ hopes to leave you with one principle from the Word of God. If you learn nothing else at least remember this: “God makes a promise. We fail. God keeps His promise!” Why? Because He is God; and He has come to seek those who are lost and mend their broken hearts.

Chris M. Meadows is pastor of the Heltonville Baptist Church in Southern Indiana, and has more than thirty-years of ministry experience working with families in a myriad of domestic and youth related issues. He attended Moody Bible Institute from 1980-1982 and holds a BA in Psychology from Indiana University.