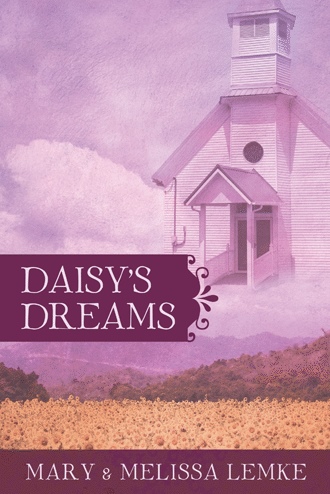 Daisy reached the mercantile breathing heavily, but she did not mind. Nothing was going to stop her from repairing this precious relationship. Not caring if anyone saw the way her hair had escaped the pins or the beads of sweat which had formed on her forehead and upper lip, Daisy swung open the door to the Brownings’ general store. Immediately spotting Abby at the counter, she began to rush towards her. However, she stopped about halfway when she noticed that four sets of eyes were gawking at her in astonishment. Mr. Browning, Adam, Abby, and Mrs. Wilkins simply stared at Daisy, not knowing what to say.

Finally, Mrs. Wilkins spoke up. “Well, I really should be going. I just felt that you should know about this, Thomas. I trust that you will do the right thing.”

“Mrs. Wilkins, I’d appreciate it if this matter does not go further than these walls for the time being. I don’t want to see people hurt unnecessarily,” the storekeeper admonished.

“But Thomas, surely you know that I do not spread mere rumors. People should know about this, though. Don’t think that you can hide the truth just to protect people.” With that, Mrs. Wilkins brushed past Daisy and stepped out onto the store’s porch.

As soon as the older woman left, Abby spoke up, her piercing gaze never leaving Daisy’s eyes. “How could you! I thought I knew you, but evidently I didn’t. I can’t believe you would do such a thing! What has gotten into you, Daisy?”

Daisy stared blankly at her friend and then turned her gaze to Thomas and Adam, both of whom were looking questioningly at her. She thought Abby would be more welcoming, especially considering the unfortunate occurrence of the afternoon.

“I . . . I just came to apologize for what happened yesterday. I really could use a friend right now. I’m sorry. I was hoping you would forgive me,” Daisy stammered.

“Daisy, forgive me for interrupting, but you’re acting like nothing has happened,” Adam interjected.

Tears quickly welled up in Daisy’s pale blue eyes as she began to speak once again. “I realize that something horrible has happened to my family. My brother is lying half dead in a bed, and my mother is sitting in a chair staring blankly at a wall. I’ve tried to help, but there’s nothing I can do right now. I thought I could come here and take care of the one thing I can do something about -- my relationship with my best friend. I’m sorry if that’s so horrible!” Daisy paused a moment from her tirade long enough to remember that Mrs. Wilkins had just left and had acted like she possessed some important information. Suddenly curious, Daisy inquired what the woman had wanted.

“You mean, you have no idea?” Mr. Browning questioned the girl.

“How would I know what Mrs. Wilkins just told you?” Daisy innocently queried. Abby suddenly realized that perhaps Mrs. Wilkins’ information was not as accurate as she had described. Gently, Abby said, “Daisy, she was talking about you.”

“About me? Whatever could she find to talk about?”

Mr. Browning quietly spoke up. “She said she found you and Rev. Parker in a ‘compromising situation’ which she felt was quite inappropriate, especially considering the ‘distress which has befallen your family,’” Thomas quoted.

Abby continued, “She wasn’t blaming you, Daisy. But, she thinks Rev. Parker was taking advantage of you while you were in a ‘vulnerable state,’ and she wants Daddy to call a special meeting so we can find a replacement.”

“But nothing happened!” Daisy protested. “The most he did was try to comfort me. Unless there’s something scandalous about using the minister’s handkerchief!”

Adam compassionately watched Daisy as she seemed to crumble inside. She was generally such a strong-willed girl, but now, with everything seeming to go wrong at once, she appeared to be falling apart. After saying a silent prayer for the entire Hunter family, Adam wished that he could hold Daisy in his arms and tell her that everything was going to be all right -- that he would take care of her. Just as quickly as the thought came, the young man wondered from where such an idea originated and what these new feelings meant. Attempting to brush his thoughts aside, he began to straighten a row of canned goods. 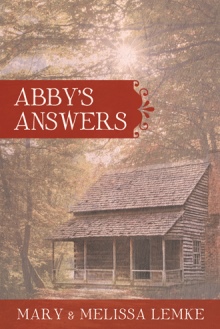 Daisy Hunter and Abigail Browning are two best friends who have enjoyed the everyday challenges and delights of living in rural Fairfield, New Hampshire. But in the spring of 1856, they feel as though all things familiar are crumbling beneath them. Throughout the coming year, many incidents will try their faith and threaten to hamper their joy. Together, they must continually rediscover their sustenance and hope, all the while resisting the temptation to surrender to defeat.

Interwoven within the two girls’ lives is a cast of characters as varied as the New England seasons. Excitement mounts for the entire town when a new minister joins the close-knit community, while intrigue is piqued when a mysterious, colorful woman appears, carrying untold secrets from the past. With autumn comes the abundance of the apple harvest, while winter’s burden bears heavy on many. Will Abby’s and Daisy’s faith be strengthened, or will it simply crumble amidst the challenges? Will they finally be able to declare with certainty that they have delighted in the Lord and obtained their hearts’ desires?

Mary and Melissa Lemke are identical twin sisters from New Hampshire who married identical twin brothers from upper Michigan. They are former critical care nurses who now enjoy their roles as stay-at-home wives and homeschooling mothers. They feel blessed to be able to share encouraging words with others.