Political Ideology and Statesmanship during Times of Turmoil 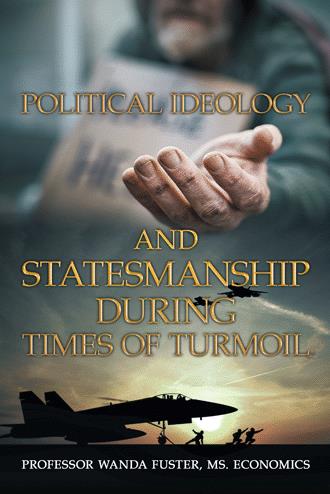 This book is an opportunity to travel across the decades of 60's 70's and 80's back bone of the Public policies in United States. The knowledge gathered could help many to understand the Government statesmanship and policies to fight the poverty in our nation. It's a never ending story to fight the things that prevents the people's success in their lives because the lack of resources and basic needs.

During the decades on the 60’s, 70’s and the 80’s was an establishment of public policies that generates changes in the wellbeing of the poor and minorities. The social injustice leading by “race and poverty” was the epicenter of these so-called reforms or public policies that President Kennedy was trying to implement during its mandate on the 60’s and continued after Kennedy’s passing through President Johnson, President Nixon, President Carter and President Reagan.

Readers, would discovering wonderful benefits through 5 important points that will help them transform their communities.

Professor Wanda Fuster, with European heritage and native from Puerto Rico she taught Economics at College level, she was a former Professor of Risk Management and Business administration at University level in United States and Puerto Rico. Possess three master degrees: in Economics, Master in Business Administration and Management from two prestigious Universities in United States. She also has a Bachelor degree in Political Sciences and she is currently pursuing her Ph.D. in Public Policy with a cognate in Economic Policy.
She wrote her first Finances Book in 2011, Los Secretos de la Prosperidad in Amazon and Barnes & Noble. (Spanish- edition). She enjoy to volunteer in different non-profits teaching “How to create wealth” from the Bank of the Federal Reserve and Aerospace Education with The Air Force Auxiliary in which she has the Rank of Captain.
She also creates the non-profit Puertas Abiertas to be able to help people in distress after natural disasters and she was providing generators and non-perishable food boxes to the people affected by the Hurricane Maria in Puerto Rico during 2017. She is married to a devoted man of God and a Lay Pastor and she loves her family, friends, parents and siblings unconditionally.