The Rise of Russia 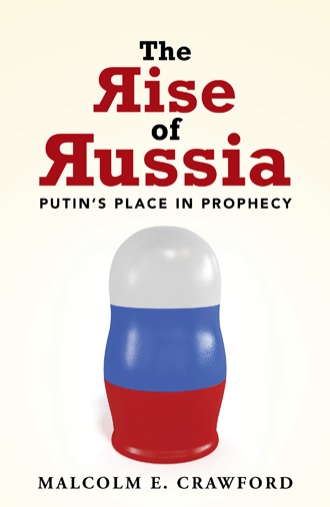 A framework the Bible establishes for our time finds its origins in the book of Daniel in the Old Testament. The prophet Daniel foresaw an outline where four world empires would frame our history down to the end of this age. The fourth empire, in particular, was to persist in successive phases down to the end of the age. We know this because the last of the empires he saw immediately precedes the setting up of a glorious new age no longer ruled by humankind. The last book in the Bible, Revelation, picks up where Daniel leaves off. It also provides us with additional detail and pictures us currently at the end of an intervening period during that fourth empire—a political wound that is on the verge of being healed any moment now. Following this political healing will follow a re-emergence and completion of that multi-phased fourth empire. All of this Daniel saw in two separate visions. The first one was that of a human image and the second one was one of four beasts. The golden age Daniel foresaw completing the fourth empire hasn’t arrived yet but a significant part of it has already come to fruition and the trajectory it has started leaves no doubt that it will finish shortly. Of course the possibility of Daniel’s visions being fulfilled in our time seems like a long shot because the modern countries occupying the geography of these ancient empires carry little significance today. Yet the details of their historical legacies prove positively the inspired message Daniel received so long ago. The very unlikelihood of their final fulfillment will stun the world and once again re-establish the Bible as a book different from all other books when it comes to revealing the future…. Few realize that Russia always saw itself as the rightful heir of the Holy Roman Empire when the Byzantine Empire fell in 1453 AD. Moscow has often been called the ‘Third Rome’ or the ‘New Rome’. This reminds us of course that the first Rome belonged to the Western Empire while Constantinople was the Byzantine Empire’s capital. Moscow, too, is situated on seven hills just as Rome and Constantinople were…. Despite the true legacy of the Roman Empire and its syncretistic religion, within decades of the fall of the Byzantine Empire to Islam in the 15th century, Russia, under Tsar Ivan III, saw itself carrying on the legacy of the Holy Roman Empire. It was from Bulgaria during the reign of Tsar Ivan Alexander that Russia’s legitimacy to inherit the Holy Roman Empire was promoted. Not only was it Bulgaria’s clergy who gave Russia its Cyrillic Greek alphabet, it was the clergy who gave Russia its aspiration to succeed Rome. Shortly thereafter, a Russian monk, wrote to Russia’s Tsar Ivan IV proclaiming that, "Two Romes have fallen. The third stands. And there will be no fourth. No one shall replace your Christian Tsardom!" In truth, the reference he made was to Muscovy and not just the city of Moscow. (At that time, Muscovy meant the whole country as well as the city.) For this reason, Russia today frequently refers to itself as Holy Mother Russia. This is partly because of its resurgent nationalism, but also because of an almost messianic obsession with its destiny…. 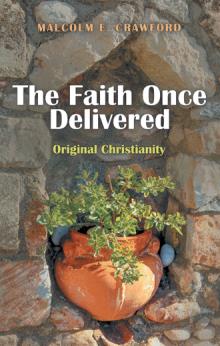 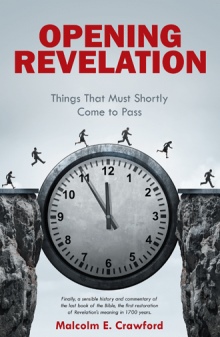 The Rise of Russia explores the predictions foreseen by the Bible and explores a recently discovered pattern of geopolitical events that point to Russia once again emerging as a final superpower under its latest leader, Vladimir Putin. Specific individuals and events are singled out over the course of history that the Bible seems to have anticipated long ago and that are still being fulfilled today.

Malcolm Crawford holds degrees from the universities of Western Ontario and Toronto. He has written several articles for journals and magazines in the US and Canada and has taught at universities and colleges in both countries. He currently lives near Toronto.