When She Betrayed Herself 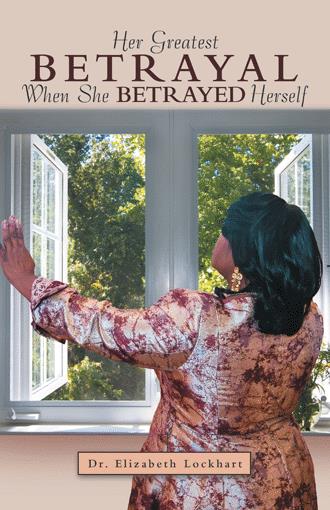 As fate would have it, my dad became ill. Within three months after my marriage, my dad passed away. I was devastated. My tears could not console me. My heart felt as if it would jump out of my chest. I cried, “He’s gone! He’s gone! My best friend is gone!” He loved me unconditionally. He accepted my flaws and defended me whenever I needed protection. All I had to hold onto was his wisdom. All I had done, I had lived for him and his approval. Now I was left to live for myself.

Within ninety days of marriage, I had lost my dad, got pregnant, and became separated from my husband. I could see my dad’s face and hear the words, “This is not your husband.” This same man I had gone against truth to marry was now the man that sent my life on a downward spiral. “God, what have done?” I cried. “Help me, Jesus! I am alone; yet I am not alone. I am shameful. I knew your word. Father, please forgive me and restore me. I need you, Father. I called out my dad’s name, but he was no longer there. He had given me all he had to give. Now the rest was up to me. Since I could not hear from my earthly father anymore, I called on my Heavenly Father. I said “Father, I know you always hear me when I pray. You’ve always been there for me. I’ve always loved you, and you have always loved me. “God, this walk is lonely. I’ve never seen days like this before.”

I was called fat and told no other man would want me. I was told my son would never have a father. I was told that my father thought I was so valuable, but I took his most prized possession. “I wanted to show your dad that you were not all that,” my husband said. He told me, “You ain’t nothing just like your father wasn’t anything.” At that moment I wanted to physically cause harm. I felt he deserved to die, so I thought and I prayed that God would kill him and take him away from me. I knew had my dad been there, things would have been different. I had never experienced such humiliation in my life. I could see my father’s face so clearly. Then I understood. Why didn’t I understand then? How could I have been so deceived? This clearly wasn’t the conversation my father and I would have. My father told me I was beautiful. My father told me any man would be blessed to have me in his life. My father told me not to stay where I was being mistreated.

The devil—the accuser and adversary—is standing before God, ready to lay blame on the parents.

But parents are your friends, and they are waiting to tell you how proud they are of you. Parents don’t just point out everything they see wrong—they encourage the strengths and talents they see within you.

Dr. Elizabeth Lockhart’s father, in particular, imparted wisdom about relationships, God, and family during his short life. While many African-American young women are not blessed to have a father in the home, she had him in her life from the moment she was born until the day he died.

Her dad always told her, “If you take instructions in now, they will do you good later.” All her life, she was a believer.

Her Greatest Betrayal will leave you wondering how a woman with such a promising future could allow the enemy to make her go against what she knew to be the truth. Was what her father taught her wrong—or did her faith fail?

Filled with wonderful anecdotes and thoughts about life, this uplifting Christian book celebrates a father’s wisdom and shares the author’s journey to becoming a godly, loving woman.

Dr. Elizabeth Lockhart is a life coach for women transitioning toward a self-assured life that God created them to live. Under the leadership of her father, she was taught ministry at an early age. She has worked in women ministry for years, training women of all ages in leadership, spiritual growth, and personal development. She is an entrepreneur and a forward thinker; but her greatest role is being the mother of one son, Arthur.