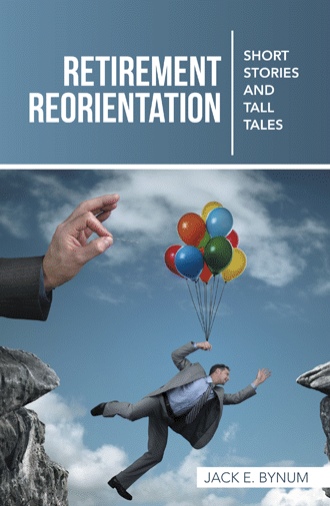 INTRODUCTION
GOING HOME
My name is Jack Bynum. My wife Margaret and I met over sixty years ago when we were college students in Northern California. After college graduation and marriage, we lived and worked several years in the San Francisco Bay Area before my aspirations for more education led us to the small city of Ashland in Southern Oregon. Margaret Clary was born in Ashland where her pioneer family still has deep roots. I attended nearby Southern Oregon State University for a year before graduating with a Master’s degree in sociology and education. Then we moved on to a four-year, doctoral program at Washington State University. After graduating with my doctorate, Margaret and I, with our two young children, migrated 2,000 miles to the Midwest for a long and fulfilling, teaching and research career at Oklahoma State University.
We loved Oklahoma and the people in “Cowboy Country”—especially the thousands of outstanding faculty and students at that beautiful university. How much I enjoyed the day-by-day and year-by-year involvement in campus life! I will never forget the overwhelming excitement and challenge of teaching and learning, the athletic subculture with “Football” as a local religion, the nostalgic spirit of Homecoming Weekends, and the inspiring ritual and regalia of graduation ceremonies. The carillon bell tower ringing the traditional “Gaudeamus Igitur” across the campus was a fitting and final memory as I neared the end of my many happy years as a student and teacher (“Let us rejoice while we are young . . . . for tomorrow we are old”).
I have already shared many details of those experiences with my readers in an earlier book (Bynum, 2006). So without lingering on the previous career path of my life, it is time to embark upon the retirement journey and some related experiences and issues encountered by the author and many readers about to vicariously join me on the pages of this book.
The Transition Begins
One warm and humid evening in 1995, Margaret and I stood in the front yard of our cottage near the university in Stillwater, Oklahoma. An hour earlier we had fled to a storm shelter while another series of seasonal tornados ravaged large portions of Oklahoma and Texas. I must confess: going through an Oklahoma twister can make people more religious. No wonder all those churches (still standing) were packed on Sunday mornings! I recall one storm flattening a long row of parking meters. Heavy, two-inch diameter pipes offer little wind resistance, but there they were—grotesquely twisted over the concrete curb.
After that 1995 storm had moved on to demolish entire neighborhoods in Tulsa, Margaret and I were thankful that only the roof of our Stillwater house was partially missing. We were grateful to have a second home—a nearly new, sturdy brick structure 300 miles south near Fort Worth, Texas. However, a quick telephone call revealed that another tornado had damaged the roof of that house and neighbors were clearing the street where two large trees from our yard had fallen. And Margaret and I looked at each other and said: “We have reached retirement age. Why are we still here?” And the next question focused our need for a decision: “Where shall we go?”
I am not defaming the great State of Oklahoma. On the contrary, the residents are typically friendly, hard-working, religious, and patriotic. The Oklahomans are among the bravest people I ever met—not only those thousands who endured the dustbowl tragedy of the 1930s and migrated out to California, but those who remained in Tornado Alley to literally restore the soil and the cities. But we determined that our retirement future should be closer to our roots and families of origin.
We remembered the four relatively mild seasons in Southern Oregon: The budding pear and apple orchards of spring; rafting on the rivers and hiking in the evergreen forests during the summer; the brilliant autumn colors that invest the harvests and hills; and the comparatively moderate valley rains and mountain snows of winter. And we longed to return to that environment and be enveloped in the welcoming arms of old friends and loving family members.
Our son was attending a West Coast Medical School; and our daughter and her husband, a mathematician—were beginning their career at a California university. So the pieces of our future retirement years were quickly falling into place. We were moving to Ashland, Oregon. But to our surprise, we were not destined to lead lives of sameness, lameness, and tameness. There were people in Ashland—diverse, interesting, exciting people—who would season our retirement experience with interesting, unforgettable, and often amusing stimuli and adventures. So, rather than addressing “retirement” as an academic or theoretical subject (as I often did in earlier books) I have chosen an involved, subjective and spiritual approach—just as my wife and I are experiencing it.
While the familiar people, places, and events in our hometown form the context for the overall theme of our retirement transition, from time to time the narrative includes flashbacks to relevant childhood experiences. The human life course is a developmental and maturing process—physically, mentally, spiritually, and socially—as each of us moves seamlessly through the connected and related stages of childhood, youth, adulthood, and old age. At any stage, one’s personality, perspective, and priorities may be perceived as the accumulating product of his or her past, unfolding life course. In other words, each of us has been profoundly socialized and shaped by a personal history. Thus, what the reader sees and hears today in the author’s story is best understood when we realize that indeed, “the child is the father of the man” (William Wordsworth. 1770-1850). 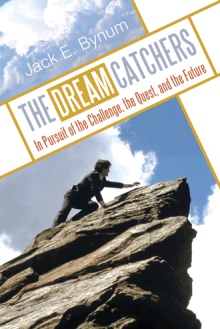 THE BOOK: In Retirement Reorientation, Dr. Bynum makes another contribution to our understanding of human behavior and social problems. Based on his personal experience, the author responds to the above questions with common sense, practical sociological insights, spiritual applications, and occasionally seasoned with amusing observations. RETIREMENT REORIENTATION explains this stage of the human life course as a potential threshold to new friends and interesting enriching experiences. The book is now in your hands!

This book is appropriate for all adult readers, but especially for those planning or experiencing retirement.

THE AUTHOR: Jack Bynum is a retired University Professor of Sociology and Criminology. His teaching and research specialty of social problems is reflected in published books and fifty journal articles. When Jack retired from Oklahoma State University, he and his wife Margaret moved into a century-old ranch house in the foothills near Ashland, Oregon. Finding themselves in an unfamiliar environment, they were surprised by some major issues and obstacles common to retirees that blocked transition into successful retirement. These new challenges included the following:

1. What is successful retirement adjustment?
2. How do migrating retirees cultivate new friends and establish a new and viable social network?
3. When and how will the loss of a life-long profession and social identity be softened and replaced with a new and satisfying social role?
4. What are the causes, consequences, and solutions for human loneliness?
5. Are there useful strategies for dealing with the reduction in health and income often associated with retirement?
6. How can a sense of humor help us adapt to change and difficulties in our lives?