Be Better Than Me 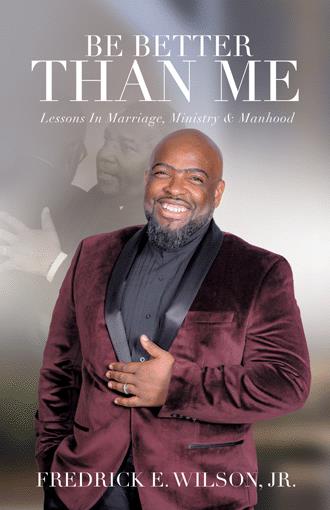 1 Listen, my sons, to a father’s instruction; pay attention and gain understanding. 2 I give you sound learning, so do not forsake my teaching. 3 For I too was a son to my father, still tender, and cherished by my mother. 4 Then he taught me, and he said to me, “Take hold of my words with all your heart; keep my commands, and you will live. 5 Get wisdom, get understanding; do not forget my words or turn away from them.

Just as Solomon taught his son wisdom through pose and poetry so my father was known for his quotes of wise sayings. He literally walked around the house quoting things to teach us lessons and would have a wise, loving word for EVERY occasion and conversation. He seemed to have the perfect quip for every situation someone was dealing with. Some of his quotes were from the Bible while others were simply good life lessons. (To this day I don’t know where he got them from or who taught HIM those lessons.)

One of my fathers’ favorite sayings to me was “be better than me”. I first heard him say this to me when I was no older than 10 years old. I’ve been a church boy all of my life. At an early age I found GREAT joy in shadowing my dad and going with him EVERYWHERE. And not just to the store or to the movies but I ran with him as he performed his pastoral duties. I was the only kid in town who found joy in visiting the sick in the hospital or attending Discipleship Class at 8:00 AM on Sunday mornings. I took being called “Fredrick E. Wilson JR.” seriously. My mother used to even dress me and my father alike.

I remember once I told my dad that I wanted to be JUST like him when I grew up. I thought for sure this was the ultimate compliment a son could give to a father. I waited patiently for him to gleam with pride and lift me in his arms. Much to my surprise he did not accept my compliment. But rather he responded with a stern voice saying “No! Be better than me son. If you don’t go further than I have gone then you have failed.”

No! Be better than me son.

If you don’t go further than I have gone then you have failed.

I couldn’t understand that at all as a child. To be honest with you his words hurt my feelings. I felt rejected and that my love and respect for him wasn’t being received. (Be careful how you respond to your children. The seed of rejection can be the root cause of all kinds of addictive behavior. But that’s another lesson for another time. That’s a freebie!)

My father is my standard for preaching and pastoral ministry, fatherhood and all around manhood. For him to tell me to “be better than him” seemed as if he was giving me an impossible task or admitting to having some type of flaws. I couldn’t fathom either of those at the time. And quite honestly it seemed impossible to me to be better than him at the time.

Now as a grown man I understand that we all have flaws and that it takes a lot of wisdom and humility for a man to train his son to be better than him. It’s a very prideful and foolish man who does NOT want his son to excel him. Arrows always go further than the archer.

Weak men beat their sons down. Insecure leaders prevent their successors from being successful. There are several movies that depict a father berating his son simply because his own issues and flaws had consumed him. But wise men have learned that you do not allow issues to consume and destroy you but rather correct and develop you. And you teach those lessons to someone else to make their life journey smoother.

As a grown man now with children of my own and several spiritual children I completely understand what my father was attempting to convey. My father was trying to teach me a lesson, that if learned, could literally impact the rest of my life (and it has)! If I could “be better” than him then I would build upon his foundation and take our family name even higher. I would accomplish goals and fulfill dreams greater than what he imagined.

Many times our generations do not become better and better but rather worse and worse because we do not teach our children how to avoid our mistakes and learn from our failures. As a matter of fact many times we hide our mistakes from our children, thinking that we have to portray the facade of perfection in order to maintain their respect. It is my sincerest belief that respect is earned and given when people, children and followers alike, are privy to not only our great successes but the prevailing challenges and failures that got us to that place.

“Be Better Than Me” is a collection of timeless wisdom learned over 44 years of life, more than 33 years in ministry and 20 + years of marriage. Pastor Fredrick Wilson, Jr. displays great vulnerability and transparency as he conveys lessons taught to him by his father and communicates lessons he’s learned from his own successes and challenges. The lessons and wisdom shared in this book are sure to enlighten every reader and add tremendous value to your life and legacy.

Fredrick E. Wilson, Jr (F.E.W. II) has more than 30 years of ministerial and pastoral experience.
He has ministered internationally in England and South Africa, holds a B.S. in Biblical Studies degree from Moody Bible Institute (Chicago, IL), and has studied with The King’s College and Seminary at Oxford University. F.E.W. II is also a gifted musician who has performed on stage with Barbra Streisand, sang at The White House during the Obama presidency and has produced Christian worship CDs including “Midnight Worship”, a collection of instrumental hymns. Fredrick is married to Marcie Wilson, and together they parent two amazing young adults - Fredrick III and Kya Alexandria.