Passing the Baton of Light 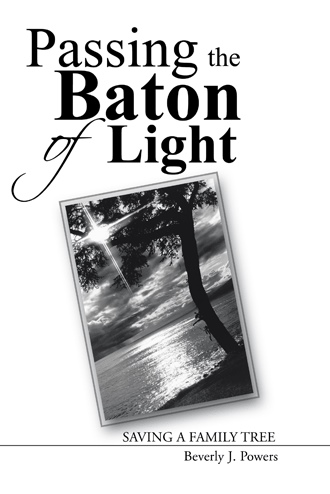 Summer was over and school was starting the following week.  I couldn’t wait for those snooty girls at school with their fancy cars to see mine.  I was now a sophomore.  My career was just starting.  Natalie Wood, Miss Popularity, had moved on from Van Nuys High, where the two of us had gone to school, to Hollywood High.  Which left me... Miss San Fernando Valley Junior Beauty Contest Winner Herself, in person, with her cool car, bright and beautiful for everyone to see.  I really thought I had it all as I cruised down Van Nuys Boulevard sporting my new car, and driving through Bob Big Boy’s drive-in.

It was extra hot that Wednesday, even for September.  Mother left me instructions to take my sister shopping for some new school clothes.  “They’re having a sale at Sears & Roebucks,” Mother hollered as she ran out the door to work.  As we drove up Ranchito Street, Linda chatted incessantly about the neat things she wanted.  I could see the steeple of Saint Genevieve in the distance.  My eyes glanced upward toward its cross as something from my left caught my eye.  I instantly reacted but it was too late.  The speeding ’53 Dodge crashed into my ’49 Ford, propelling me out of the car and onto the hot pavement, careening me across the asphalt with my beautiful new car tail-spinning counter clockwise right behind me.

Gravel ripped at my skin before I skidded to a halt.  I watched in horror as the tires under the car’s red fender raced toward my face.  Then, it just stopped... as if it hit an invisible wall.  One moment it was racing toward me, and the next, it had stopped, slamming into something so powerful that it sent Linda, who was still inside the car, flying across the front seat crashing into the passenger door, leaving an indentation in the side panel and breaking her breastbone.  I watched in terror as my car quivered and quaked over me before landing upright.  I could smell the rubber.  I don’t remember much else.  I blacked out.  When I came to, the paramedics were working to get my long, thick, brown hair out from under one of the whitewall tires.  They finally used scissors.

You will stretch out Your hand... and save me

The hospital kept me overnight for observation, and released me the following day with severe skin lacerations and abrasions that ran up and down the left side of my body.  It was nearly a year before all traces were gone.  But, the new short hairdo?  That took much longer to grow out after the savage haircut the ambulance driver had given me while trying to release me from the grip of my new car.  My tailbone was also rebroken, which created a chronic spine problem that never completely healed.  And once again, I was forced to wear a panty-girdle that squeaked when I walked.

But, I was alive!  That was all I could think about, along with wondering what had  really happened.  When I tried to explain what I saw that afternoon as I lay in the middle of the street, the story didn't sound real.

“But honest to God, Mamo, the car actually teetered back and forth over me.  I could smell the burnt rubber.  Honest!”  I could tell she didn’t understand.  Or, maybe she did.  But, I didn’t!  How could I explain the unexplainable?  How could a car racing toward me one minute suddenly just stop on a dime?  Had it really hit some invisible wall?  How crazy was that?  I stopped talking about it after awhile.  But, I knew what I had seen.

I began to wonder if the God I visited each morning before school had anything to do with what had happened.  The same God Mamo said she prayed to each night, covering me with a blanket of prayers and asking for a hedge of protection (Ps. 139:5) to surround me as I, her darling Sweetpea, ventured out into the world, vulnerable, unaware of any dangers that may be lurking around the next corner.  Yes, God’s hand was upon me that day.  Years later, I would come to realize that it was Mamo’s prayers that placed God’s hand upon me.  He was the One who protected me, as He would throughout my life.  All because of the one praying grandmother I was given.

“Your daughter is lucky to be alive, Ma’am,” the policeman said to Mother as he left my hospital room the day of the accident.  I heard what he said, but I knew he was wrong.  Luck had nothing to do with it.  I knew I had been saved by the invisible hand of God.

Passing the Baton of Light is the unique and unusual story of one woman who went from wearing the robes of a stripper to those of a respected member of the clergy. This is a book about God’s light and the lure of Hollywood’s spotlight.

Beverly Powers’ past reads like fiction, but her credentials speak for themselves. From three Elvis Presley movies, to dozens of Red Skelton Shows, to portraying herself in Breakfast at Tiffany’s with Audrey Hepburn, Beverly’s life is a world of dichotomies.

Passing the Baton of Light is a story of a family tree filled with rotten fruit, thorns and weeds: the abuse; betrayals; choices… and the consequences. This book is filled with tell-all accounts of how one woman fought to bring light to herself and the darkened world she was born into.

This is a true story of miracles; of love between two teenagers who grow old together; a mother who struggles to save her prodigal son; and a praying grandmother who refused to let Satan have his way with her family; and the Heavenly Father who loved them all.

Explore and learn with Beverly as she stumbles into her future not knowing where she is headed. Beverly’s life brings dignity to the meaning of God’s grace.

Beverly Powers was born in Hollywood during the 1930s and worked for twenty-five years in show business—including four years as a top burlesque queen in Beverly Hills.

After having a religious experience in 1987, she moved to Maui, Hawaii and founded The Living Ministry, and for another twenty-five years pastored at the local prison, hospital, and beach resorts.

In 2011, Beverly stepped down from preaching to devote her time to writing. She is widowed and has two sons, five grandchildren, and one great–grandchild.