Reflections of an Army Widow 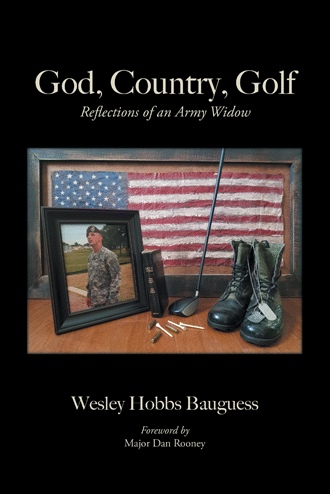 None of it seemed real. I felt like I wasn’t even in my body. Everything happened in slow motion. Just moments before, the sound from the drill roared through the house, but at that moment, all I could hear was the ringing in my ears. I looked back at the casualty notification officer and saw that he was speaking to me. His lips were moving, but I couldn’t hear him. I couldn’t hear anything. I held on to the thought that it was a mistake until I saw the look on Major Greenhaw’s face. He looked like he was going to be sick. He looked the way I felt.

I regained my composure and invited the notification team into our house. As I stepped out of the doorway to let the men in, I realized Ellie wasn’t at the computer anymore. She must have gone upstairs to find Ryann.

The casualty notification officer, the chaplain and I were standing in the entryway when I saw a red streak rush into our house. I don’t recall actually looking at her, but I heard the familiar voice of my neighbor, Keli.

“Where are the girls?” she said in a panic.

I didn’t answer her. There was no time to speak.

As if on cue, Ryann and Ellie came bounding down the stairs. Keli put on her happy face, scooped them up, one in each arm, and joyfully said, “You’re coming to play at my house!”

“Yay! Bye Mommy!” they sang as Keli rushed out the door with them. They weren’t even wearing shoes.

Keli, a fiery redhead, was one of my closest friends at Fort Bragg. She did the best possible thing for me that day, and I would be forever grateful for it. I knew the girls were safe and lovingly distracted. I was able to deal with the initial wave of this tragedy on my own. Keli offered me a precious gift, the gift of time.

By the time the men entered the house and sat down, my mom had come downstairs. She knew something was wrong, though she didn’t know exactly what. We stared at each other in disbelief as she walked across the room and joined me on the couch. We had just purchased a sectional sofa from a local furniture store in Fayetteville. Larry had always wanted one. We got it to have plenty of sitting space for company. This was not what I had in mind.

Turning my attention to the casualty notification officer, I asked him if he could tell us what had happened. He took a long, slow breath and told me that Larry was in Pakistan for a peace meeting. After the meeting, there was gunfire. The officer paused, took another breath, and told me that Larry was shot in the head by small-arms fire as he was boarding a helicopter.

I had a hard time accepting this scenario. The Larry Bauguess I knew wouldn’t go down like that. In the cold mist of shock and confusion, I felt the heat of rage. There had to be more to the story. At that moment, I remembered from my army days to meet the first report from the field with caution. That first report is often wrong. The fog of battle can be mighty thick. So I let my anger go for the moment and let shock and confusion return. Before he left our house, the casualty notification officer had me sign a piece of paper. To this day, I have no idea what I signed. Then, as swiftly as he had arrived, the officer departed. The chaplain stayed with us.

“Do you belong to a local church? Is there anyone you would like me to call?” the kind-hearted chaplain asked.

“Lafayette Baptist Church in Fayetteville,” I said quietly. “The pastor is Brian Lee.”

He knew him well and said he would call him right away. Stepping outside, the chaplain made two phone calls. First, he called back to division headquarters to let them know the notification was complete. Then, he called his friend Brian Lee. While he was outside closing the loop, I began to fall apart. My legs were shaking uncontrollably. My mind was reeling.

I just talked to Larry, I thought.

The picture of him riding that camel and waving to us was etched in my brain.

Was he waving goodbye? How could he have known? This isn’t real. Not my Larry. This just can’t be true.

Growing up as a girl with a boy’s name, Wesley Hobbs was predestined to take the road less traveled.

She spent her youth on the beautiful golf courses of Southwest Florida, and while her high school friends wanted to go to Florida colleges, she accepted a golf scholarship to Appalachian State University in the North Carolina mountains. In college, her friends wanted to date the Army ROTC boys, but she decided to join them.

As an Army cadet, Wesley met a good, Christian, young man, Larry Bauguess, who stole her heart. They married during her senior year, and upon graduation, they entered the Army and served together as lieutenants and captains. They enjoyed a wonderful marriage for almost fourteen years and were blessed with two beautiful daughters.

Tragedy struck in May 2007, when Larry was killed in action while serving overseas with the 82nd Airborne Division. Wesley and her daughters were at home at Fort Bragg when the notification team delivered the heartbreaking news.

Wesley would learn that the lessons taught in church, the Army, and on the golf course would give her the strength to carry on. This is her story.