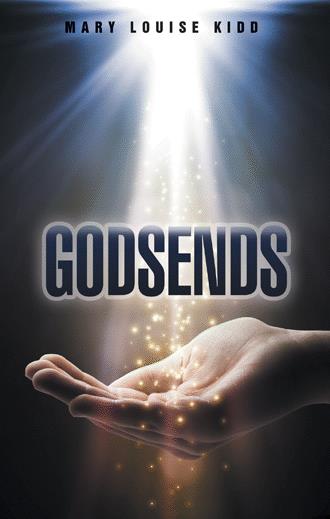 Pastor Don, a shepherd of a small assembly on the outskirts of Manning, South Dakota began his ministry at Bethel Fellowship with much energy and enthusiasm. He knew in his heart that God had called him. It mattered very little to him that the church was small. After all, there were no small churches in the eyes of God. Nor was there any person that was insignificant. He would search for the one sheep that was lost, just as Jesus did because everyone was important to God. However, after many years of service to the congregation, his enthusiasm began to diminish, and the vision God had placed in his heart began to grow dim. He couldn’t seem to see through the eyes of Jesus any longer. He found fault with the members of his church. He wondered why no one seemed to care that he needed help. He was hurting and no one reached out to offer him a helping hand. He had been handling most of the responsibilities at the church for a number of years, and had received very little help from its members. It seemed to be an ideal arrangement to everyone concerned except Pastor Don. I suppose that old expression could be true under these circumstances, “It is possible to ride a good horse to death.” He had finally grown tired of pleading with the congregation for help, and even worse, had become so discouraged that he believed he must have been mistaken about God’s call on his life. Satan had challenged his faith and set him up to believe a lie. After more than twenty years in the ministry he was about to become the victim of a well-orchestrated plan of the enemy.

It all began one evening when Pastor Don was scheduled to counsel a member of his congregation. However, because he was so overwhelmed by discouragement, he wondered how he could possibly offer guidance to anyone else. As he traveled to his destination he decided to stop at a small dimly lit bar. He knew he shouldn’t, but the temptation was great. He justified his weakness by saying to himself that he deserved a night out because he had been unappreciated and taken for granted by his flock. He ordered a beer, the first drink he’d had in more than twenty years. It went down easily, so he decided to order another. The bartender brought the second one. As he raised the glass to his mouth, he spotted his own reflection in the mirror on the wall behind the bar. He saw how he looked with the beer in his hand and felt so ashamed. The ugly truth of the reflection he saw in the mirror brought him back to his senses. He asked himself, “What am I doing here?” He slammed the glass down on the counter, paid the check, and almost ran out of the bar. After having returned to his senses, he remembered his appointment. However, he knew he couldn’t go to the appointment with alcohol on his breath. Therefore, he made a decision to sit through a movie in order to allow some time for the smell of the beer to subside. As he approached the theater, a prostitute stepped up to him and asked very coyly if he would like to have some fun. He flippantly asked, “How much do you charge?” She answered, “I’ll be back in a minute. When she returned, she brought with her two male police officers who promptly arrested Pastor Don. He was charged with soliciting sex for money. Pastor Don explained to the police that he had always been faithful to his wife, and that he had no intentions of participating in any sexual misconduct with the policewoman who had presented herself to him as a prostitute. The officers maintained that money had been discussed; therefore, as far as they were concerned, he was guilty.

Pastor Don was handcuffed and hauled away to jail as though he was only a common criminal. Hopeless and humiliated, Pastor Don wondered how he would be able to face his family and his congregation. The officers told him it would be best if he paid the fine of $250 rather than wait to be sentenced by the judge. He believed they were probably right because he knew if his arrest ever got back to his congregation; it would be all over for him as their Pastor. He paid the fine, but then to his dismay, was told that he must report once a week for the next six months to the Probation office. Manning was a very small town. It would be impossible to hide his arrest and probation from his church. He believed in his heart that his ministry as Pastor at Bethel Fellowship was about to come to an end. That’s when he called Pastor Ike. He explained to him what had happened. Pastor Ike agreed to pray with him and also to be present with him at Bethel Fellowship when he would reveal his indiscretion to the members of the church, at which time he also planned to offer his letter of resignation.

The next Sunday morning Pastor Don took his position at the pulpit for what he believed would be the last time, but asked if all the children could be taken outside the sanctuary. He explained that he needed to discuss a matter of great urgency, which would be of concern to the leadership at Bethel Fellowship. It was with a heavy heart that Pastor Don disclosed all the details of his rebellious night out. He then offered his letter of resignation. One by one, various members of the congregation stood up to confess their own failure to do their part in helping with the day-to-day responsibilities of running the church. They knew that even though Pastor Don had failed to meet their expectations, they had also failed him. Within a short time, almost every member of the church had gathered in a circle around Pastor Don to encourage him to stay on as his or her Pastor. They were willing to bear the reproach with him because they knew they too had failed.

It is possible that many Christians underestimate the intelligence of Satan. Jesus warned that Satan comes for no other reasons except to steal, kill and destroy. His plan was to remove Pastor Don from Bethel Fellowship. Pastor Don’s rebellion opened an avenue for Satan to enact his plan. Fortunately, God turned what Satan meant for evil into something good when Pastor Don humbled himself before Him and prayed the prayer of faith. We must be sober and vigilant because our adversary the devil, as a roaring lion, is walking about, seeking whom he may devour. Please refer to I Peter, 5:8.

This is a true story. However, Pastor Don, Pastor Ike, Bethel Fellowship Church, and the little town of Manning, South Dakota are purely fictitious names. The fictitious names have been used in order to protect the privacy of those individuals involved.

We invite you to journey with Mary (Louise) into the supernatural world of God where the supernatural transcends the natural world. All things are possible with God. He is continuously sending miracles our way. How many of these wonderful blessings from God go unnoticed by us? These miracles large and small are what Louise affectionately refers to as Godsends. Skeptics may ask why they don’t see any miracles in their own lives. Louise would quickly remind them that we can’t even breathe without God’s help. No matter how tough we believe ourselves to be, the truth is, we are merely fragile flesh and blood and greatly in need of His love and attention. We should watch for our miracles and thank Him for them when we notice them and even when we don’t. We can’t always discern God’s hand in our situations with our natural senses. Jesus was truly the most wonderful Godsend of all. The Father will instruct Jesus to come again at the appointed time to bring His children home. Will you join with Louise as she watches the Eastern sky for our Savior?

Mary (Louise) Kidd is a God-loving Christian woman. She lives with her husband, Larry, and other family members at her home in Chattahoochee Hills, Georgia. She is a housing professional, singer/songwriter, and author.