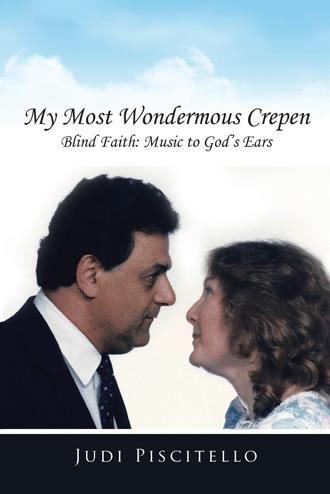 
As I look back at my life now, I see how God had protected me and was very, very patient with me - and extremely gracious to me. I ended up in a situation that was very nice, by worldly standards. I was fortunate enough to be in the right place at the right time. Now that I know what I know, maybe even God orchestrated that. But I was able to pursue a very lucrative and successful musical career.


Yet I got dumped into the middle of the biggest, vilest, evilest mess that you could ever imagine, with drugs and sex and other... just crazy, wild things. But do you know what? When I got there - what I'd been wanting all my life - I had such a fear of drugs and STDs that I never got involved with any of it. I never did drugs and didn't get involved in the wild orgies and things that I was witness to - because God was with me. God had His hand on me! God put into my life a manager, John Perialas, who had a family at home and a wife that he was true to, and every time I went on the road he was with me. So I got to hang around with him. We would go out to dinner or go for walks, and very few times did we ever have to attend any of those other things, with the exception of a few press parties and some other things that we really had to go to. But God placed this man in my life so that I had a positive influence, and I really didn't even understand that until much later.


After many years of being together, we had a few arguments about money, but other than that, my manager and I were good friends. Yet God began to pull a little harder at my heart, and I chose to follow Him and leave the rock and roll world. That ended my close relationship with my manager.


During that time of transition, one of my friends got killed in a car accident on the way home from a concert. I went to his funeral and I started to think about some of the things Solomon had written about. What's life all about? What does God have to do with it? You live your life, you do what you can, you build up a treasure and then you die? What else is there? If you don't do everything right every second of your life, then you go to hell and burn. So why was I born? Then I remembered hearing my mother scream, "Why was I born?"


I turned on the radio one day and heard this radio evangelist say, "Why were you born? Do you know why you were born?"


And I said to myself, "No, I don't know why I was born, and I sure would like to know!" So I started studying the Bible.


That's another story about how I came to study the Bible. I started praying, and still didn't know anything other than what I'd been taught as a child. I had never read the Bible but I was in a desperate state of mind after my friend Nicky had died. I began to think of my own mortality and became very fearful of death. But I didn't want to live that way, so I started praying, and praying.


One day I went into my room and closed the door and raised my hands and looked up to God and said, "Father, do something with my life! I will give it to You, I promise You! I will give my life to you - just do something with it! This is miserable living the way I'm living. There's no sense to life the way I know it! If You are there, if You are a real God, if You are my real Father, please, Abba, hear me!"


I shouted those words, and it didn't happen all of a sudden, but I'll tell you something that did happen. Within two days of praying that prayer, I opened my door to find three big boxes sitting on my porch, containing a complete 18-volume braille Bible.


I didn't ask anyone for that Bible. To my knowledge nobody even knew that I wanted one. But God knew I needed it, and on the top of the box was a packing list that said it was a gift, prepaid. To this day, I don't know who sent that Bible, but I do know that God sent it - I just don't know who He used to send it to me.


I began reading that Bible, and I devoured it. Night and day and day and night I read it from cover to cover and listened to God. I began attending church and Bible Studies and church conferences at every opportunity, and brought my family with me, doing my best to be the kind of person and husband and father that I thought God wanted me to be.


I haven't led a life - at times - that I am proud of. I've told you what I didn't do, but there are a lot of things I did do. But our God is a merciful, loving, and wonderful God. He's a forgiving God. He's our Father, and truly He's the only father I've ever really known.

My Most Wondermous Crepen is a real life story of faith, hope and love. It’s a journey from rags to riches to rags to riches: a triumph of overcoming poverty and disability, exchanging worldly fame and fortune for a higher calling, and a journey from the grimy grave of grief to the holy height of hope.


My Wondermous Crepen will skillfully play your heartstrings, tenderly tickle your funny bone, and have you singing along with praise to The One who created you, loves you, and gave His life to live with you forever! Oh! “And what,” you ask, “is a Crepen?” I guess you’ll just have to read the book to find out! ;-)

Judi Piscitello is a retired teacher, having worked as Assistant in the Training of Special Educators for the New York State Resource Center for Visually Impaired. Judi happened to see her future husband, Charlie, on stage as the opening act for Blood, Sweat, and Tears twenty years before meeting him at church in Endicott, NY. A year later they were married and shortly thereafter Charlie was ordained to pastor a small congregation in Batavia. Charlie and Judi served the Lord together for twenty years until his untimely death in July 2012. Judi continues to live in Batavia, New York, serving in several ministries.