Faith Is a Way of Life 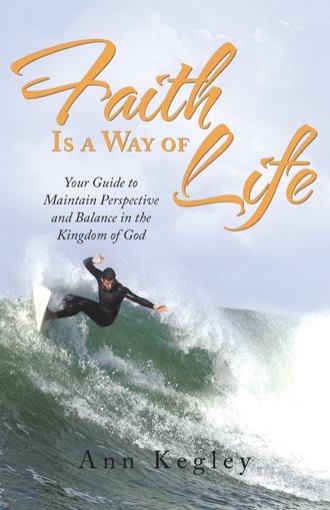 The most amazing experience, though, happened after we arrived in Manchester. My contract for the rental truck was about to expire, and I needed to return it. I hadn’t found a place to live yet, so I decided to place my belongings in a storage unit. If I kept the truck, the rental fee would be $60 a day. I had no idea how long it would be until I found an apartment, but at $60 a day, I wanted to be relieved of that extra expense.
It was late in the afternoon when I prepared to leave the hotel room for the storage facility. My mother was resting on the bed as I walked toward the door.
She looked up at me and said, “Are you planning to unload that truck all by yourself?”
She knew what was inside the truck: a refrigerator, washer and dryer, dining room table and four matching chairs, queen size mattress and box spring, and to top all of that, a very heavy antique studio upright piano. The other items were smaller which I could easily manage, but there was no way I could even attempt the larger items, and I knew it.
But because the Lord was with me, I said to her, “No. The Lord will provide some help.”
I felt as though I had just stepped off a cliff and was walking on air, but I really had no other choice. The Lord had to help me, because I had no one else. I didn’t know a soul in New Hampshire. There is where faith and faith alone takes control: when God is all we have.
The storage facility was about a mile away. I pulled up to the office, walked inside, and asked for a storage unit. The attendant was kind and very professional.
He leaned to his right, looked around me and then out at the truck and asked, “Don’t you have anyone to help you?”
As ridiculous as I felt, I said, “No, but I’ll be fine.”
He offered to come to help me a little later since it was almost closing time. I thought, “Wow, that’s nice.” But I had learned that words are cheap, so I really didn’t take him seriously. I signed the contract, took the key, and headed for the truck.
I drove through the storage lot to locate my particular unit. There was absolutely no one anywhere. I found my unit, backed the truck really close to the door, turned off the engine, jumped out of the cab, rolled open the storage unit door, and started to assess my unpacking plan.
Not five minutes went by when out of nowhere stepped up a middle-aged man who asked me, “Are you doing this all yourself?”
I said, “Nope.”
He said, “Well, let me give you a hand.”
As soon as he turned around, the office attendant stepped up and the two men started unloading the truck. I stood there in complete shock at what had just happened before my eyes, but I acted very nonchalant as though it was quite normal. The men unloaded the heavy items, and I arranged the lighter-weight items in the storage unit. Within a few minutes the truck was completely empty and the storage unit was full. I extended my gratitude to the two gentlemen and gave each of them a $20 bill for their kind effort.
When I returned to the hotel room, my mother was surprised to see that I was already back. I explained to her that I had some unexpected help. Then I told her what happened at the storage facility. She had a very strange on her face when I told her the details of the Lord’s provision. She wasn’t one familiar with those types of experiences, which I think is very unfortunate. Seeing God’s inimitable provision is fascinating to me. I simply love watching Him work like He does. It’s a little scary at times, I’ll admit, but He always comes through, in His way, and in His time. He’s such a good God. 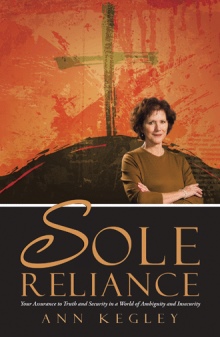 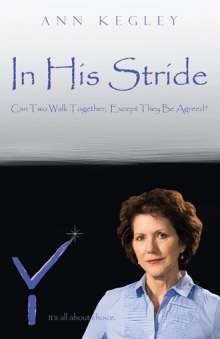 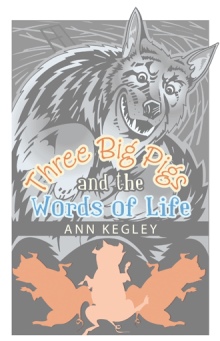 Three Big Pigs and the Words of Life
Ann Kegley
$9.95

Faith Is a Way of Life is a basic blueprint for living in the Kingdom of God. From the moment you receive Jesus as Lord and are born of His Spirit, it is essential to have a clear understanding of the significance of this decision. It is equally imperative to be aware of the major shift that occurs in your life spiritually because of the intrinsic repercussions. Otherwise, your life is filled with confusion and disappointment that God has nothing to do with, although He is the one who is mistakenly held responsible.

With this broadened awareness, you experience a new dimension of perception. Then is when you realize a lifestyle change is evolving within you—from the former way you lived in the world to the new way of life in the Kingdom. You step into and encounter a culture change. And with any culture change, there are principles to learn and precepts to incorporate which bring an entirely new purpose for living.

Faith Is a Way of Life describes and explains clearly what these changes are, the rationale for these changes, and the necessity to incorporate them as a regular way of life. In God’s Kingdom, we have a God who loves us, cares for us, and wants to be our God, but who has rather high expectations for us because we are His and He knows the potential of our purpose. Plus, He wants us to know how to live with Him, because He plans for us to be with Him eternally.

From an early age, Ann’s attention was preoccupied with endless unanswered questions. Seeking resolution everywhere, her confusion only intensified—until God began to speak. Since then, the light of understanding has directed her path according to the way of truth.