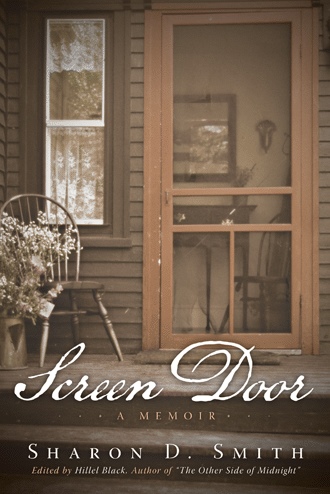 CHAPTER ONE
Come On and Dance
I was born on July 3, 1955; my sister Karen arrived August 26, 1956. I was born plump and very dark complexion like Muddur and Karen was born very frail with the same brown complexion like Dyedee. Muddur said Karen was born with very small, slim fingers like our grandmother, a beautician, who passed away six months before I was born. On my birth certificate, which has white print letters on waxy black paper, reads, Mother: Negro, Housewife; Father: Negro, Raincoat Factory; Baby Girl, Negro.
Dyedee started drinking in high school, and Muddur joined him so she could better relate to him. They both were teenagers when they married, and because Muddur’s mother died when she was three months pregnant with me, she wanted to be more worldly and streetwise like Dyedee.
By the time Johnny, Jr., was born in 1958, Muddur would get so drunk she said the ground would meet her in the face. The doctor who delivered Johnny said the baby was born drunk. Johnny’s body is so hard, he feels like a stick. He does not have one ounce of fat on his little body; he is just skin and bones. Muddur could not stay in the hospital long enough for Johnny to be circumcised because she had to rush home to take Karen and me in for a hernia operation.
We moved into the Abraham Lincoln Housing Projects in 1959. Our sixth floor apartment has two bedrooms, a living room, bathroom, a dining area and kitchen. Muddur and Dyedee drink a lot and also chain smoke cigarettes. They drank and fight so much, the neighbors on the sixth floor just ignored them when the fights got loud. Our neighbors are friends of Muddur since they were teenagers.
I am sitting on the couch and could hear Muddur screaming from their bedroom as Dyedee curses and punches her. I hear furniture crashing and tables falling to the hard floor. Dyedee is yelling at the top of his lungs, yelling bad words and calling her very bad names. I could hear Muddur sobbing and screaming. I’m afraid to leave the couch; I begin to rock back and forth hitting the back of the couch harder and faster.
Muddur is pleading for Dyedee to stop hitting her, but Dyedee is cursing through his teeth, yelling “Shut up, Woman!” Somehow I get up enough nerve to make my shaking legs move off the couch, which faces the large living room window. As my feet reach the floor, my heart thumps so hard, my chest hurts. I walk over to my parent’s bedroom and slowly open the door. Inside, I see the room is turned upside down; their mattress is thrown to one side of the room. The headboard is lop-sided at another corner of the room.
I look up at Dyedee, searching his face, trying to find the father I know and love. The voice coming from my throat sounds strange and weak, “Dyedee, please stop hitting Muddur,” is all I could muster. Dyedee looks toward me with those red, glassy eyes, his face contorted in anger, and he spews out words from between clinched teeth at one side of his mouth, directed at Muddur, “Tell her to get out of here!”
My head is spinning, my heart is pounding, and I can’t breathe. The bedroom looks so horrible; Dyedee looks so mean; Muddur looks so stern. I run back to the living room as fast as I can. I jump on the couch, landing on my knees, turn around and sit, then rock back and forth even harder and faster. My back springs off the back of the couch, taking me farther and farther out, and then bounces off the back of the couch again and again. I try to catch my breath between each sob, but my throat is hurting so bad it feels like it is tightening up. I still hear Dyedee yelling bad words at Muddur, and Muddur crying, begging Dyedee to put the knife down.
I wonder if Mrs. Hall or Mrs. Daniels hears Muddur’s screams. Maybe one of them will come and stop Dyedee from fighting Muddur. As I continue to rock back and forth on the couch, my eyes notice the pole lamp on the side of our living room next to the window. The lamp has three different colored lights on the pole. The pole itself reaches from the ceiling to the floor. Each colored lamp connects to the pole by an adjustable spiral neck. The spiral neck can be twisted and turned to make each light shine in different directions. Each lamp on the pole is a different color. One lamp is blue, one orange and the other green. I look over at the pole lamp with the three colored lights on it, and continue to rock back and forth on the couch, and cry as Muddur’s screams and Dyedee’s curses fills the air. I keep rocking back and forth, crying and looking at the pole lamp. I stare at the pole lamp, then each lamp on the pole begins to move by itself. The spiral neck of each lamp stretches and stretches and twirls around the pole. The orange lamp curls upward toward the green lamp, and the green lamp moves down toward the blue lamp, and the blue lamp twirls itself around the pole and then up toward the orange lamp. My heart pounds harder and harder in my chest as the three lamps begin to twirl itself around and around the pole. Then suddenly each lamp starts moving out toward me on the couch. The spiral necks are flying in the air, farther away from the pole, the orange lamp, the blue lamp and the green lamp is now moving slowly through the air, across the living room toward me on the couch. I scream. 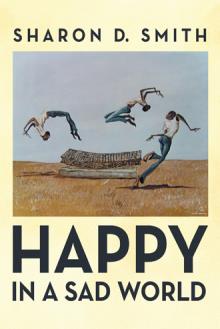 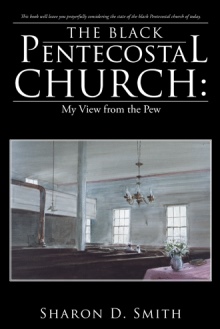 The Black Pentecostal Church: My View from the Pew
Sharon D. Smith
$11.95

Sharon Smith reaches deep down and recaptures the torturous times of her childhood growing up in Harlem, New York. From kindergarten through high school, her experiences accelerated her awareness of life’s unyielding challenges. She met the hard and bitter reality of becoming an outcast. Concurrently, her family was shattered by alcoholism, poverty, and physical abuse. As her mother traveled the country, Sharon became the substitute mother for her sister and three brothers. She endured adversity and hostility in 1960s Harlem public housing projects.

Entering her teenage years, Sharon met with even more abysmal poverty and despair. Her health compromised, compounded with family issues, Sharon longed and prayed for acceptance and a better life. Despite all of the challenges, she decides to return to the religion of her youth. She began to seek God’s guidance and the meaning of love in her life. With prayer and reading of the Scriptures, Sharon found salvation and contentment.

As she tells her tumultuous early childhood story, filled with years of ridicule and contempt from her peers, which tore at her self-esteem and self-worth, we begin to see her life unfold, the little girl guarded behind the protection of God’s screen door.

Experienced her first encounter with God in 1962 at the age of seven in Harlem, New York’s Lincoln Projects, when she was crouched in the corner of a hall closet. Her heart beating as if it was going to come out of her chest, the loud knocking at her front door grew more forceful. As her mother approached the door to see who was there, Sharon heard the voice of the Lord softly say, “Don’t be afraid, it’s your father.” A relaxed feeling came over her small body, as her mother opened the door to her alcoholic, abusive father and the police.

Suffering through the indignities of intra-racial prejudices, fights, poverty and an alcoholic parent, God answered her prayers through life’s challenges. No matter what the problem is, God is right in the midst of it all.

There is NOTHING too hard for God. Be encouraged, “For the Lord IS good, His mercy is everlasting and His truth endureth through ALL generations. – Psalm 100:5