The Lord Is My Husband 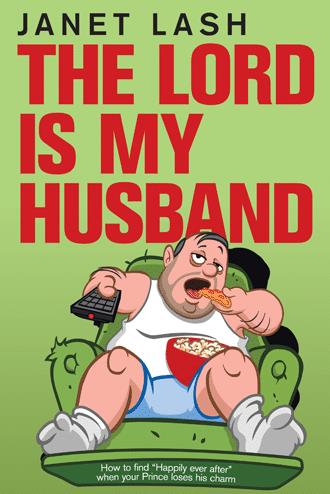 ““My dear brothers and fathers, listen carefully to what I have to say before you jump to conclusions about me.” When they heard him speaking Hebrew, they grew even quieter. No one wanted to miss a word of this. He continued, “I am a good Jew, born in Tarsus in the province of Cilicia, but educated here in Jerusalem under the exacting eye of Rabbi Gamaliel, thoroughly instructed in our religious traditions. And I’ve always been passionately on God’s side, just as you are right now.” Acts 22:2-3 MSG

'Let him go!’ How could this be God? I was brought up in a Christian home. The examples of my parents and grandparents marriages of more than fifty years, led me to believe it was 'until death do us part.' Even though they had been through very hard times that would have destroyed many marriages they persevered. I was in church every time the doors opened, and the message I received was divorce is not an option, God hates divorce. Once again leading me to the conclusion, this could not be God.

But could this really be God? How? Here in my quiet time, bible reading, prayer, and solitude, I sensed the Lord speak to my heart to let him go. This was not about me, but between God and my husband. The Lord told me within three days he would leave and this time, I was to let him go. This time, unlike other times however, I did not put up a fight or even resist. The questions were there, yes, but the need to hold on was gone. When three days later he left, I was not surprised, but I was surprised by peace. Here I was, with a hundred dollars in hand, the blessing of our three-year-old son, and the peace of God. But where would I go and what would I do now? We were left heart-broken, homeless and jobless. Stranded and rejected, our world was turned inside out.

We would not see or hear from him again for six months. Oh, but for the goodness and grace of God! God was so amazing. My friend Mary prayed peace over me and during those next six months, I experienced such supernatural favor and blessing of God. With no place to call my own, my grandparents took us in for a couple weeks. Then after church the next Sunday, my friend recommended I apply for the job he just left and within a few short weeks I had a job and a car. Then, through a friend, a gracious sister from church took us in until we saved enough to get a place. Another family watched Matthew for me, and even fed me dinner after work too many times to count. Between Goodwill, Salvation Army and many generous gifts from friends I had more than enough clothes until I could retrieve my belongings from storage in another state. God’s hand was so evident; everywhere I turned, He was there with provision and favor. A couple of guys from church offered to drive a rental truck to North Carolina to bring back all my belongings. Then before you know it, thanks to the help of some total strangers and their truck, we moved into our own little apartment, a home, a place to call our own, all within six months.

The Lord is my Husband so what am I doing with this guy!?! Take this word and let God show you how to find your spiritual husband inside a physical one. Whether you are married or single, this word will light up your life. Find and enjoy God’s husbandry, the heart of God inside a heart of flesh. Paul calls it a mystery, and indeed it is, until God reveals the secret. See and experience the love of God underneath the camo and Levi’s.

Stay in touch at www.thelordismyhusband.com

Janet Lash, a women with a passion and deep abiding trust in the truth of God’s word. Although she holds a degree in communication from Liberty University, it is her vast experience as a women’s ministry leader, teacher and counselor that has equipped her to speak on matters of the heart. Janet is married to Ken Lash who has served in ministry at their home church as an elder, teacher, associate, and pastor. Together they have experienced the miracle of God’s word working in their lives and the lives of many others. As the mother of three grown children all living in central Florida, her hobbies include loving on her precious grandchildren, and her little dog Chica. She also enjoys playing piano and swimming at the beach whenever possible. The truths contained in this book will reach countless readers with a life-changing, marriage sustaining message.