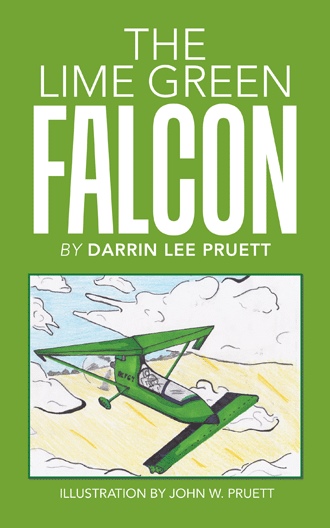 “Yes please Papa.” Amy said “Is that ok Mama, one more story before we go to bed?” she respectfully asked Memaw since Memaw had earlier told them about going to bed.

“Sure it’s OK, if Grandpa wants to tell another story.” said Memaw.

“Ok, I’d be happy to tell another story, but this one isn’t a silly story. This is a really happened story, and we’ll call it, The Lime Green Falcon.”

“Haha, this one is because it’s not a bird. There are ultralight aircraft that are called Falcons. This XP Falcon isn’t really an ultralight, as Baby John Sinclair of Cherokee County, liked to point out. It isn’t considered an ultralight because it could carry two people, the pilot and a passenger. So, guess it’s like the Falcon Ultralight model that can carry two people” 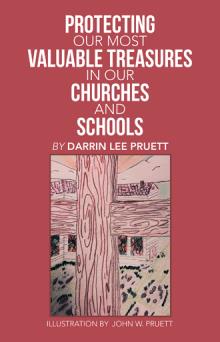 Protecting Our Most Valuable Treasures in Our Churches and Schools
Darrin Lee Pruett & Illustrated by John W. Pruett
$11.95

Grandpa J.D. is the storyteller in this book. Grandpa J.D. and his family carry on the tradition of story time.

This book is a nice book to be shared during story time, as well as entertaining for the individual reader.

Darrin Lee Pruett was born and raised in Arkansas. He grew up in the country and in and around small towns in both the Mississippi River Delta and the Ozarks. He spent a lot of time in the woods and on farmland. At the age of seventeen he graduated High School and joined the United States Marine Corps. He is a Christian and loves the Lord God Almighty and his son The Lord and Savior Jesus Christ. He loves his wife and his family. He is the proud father of two sons and two daughters and also is a proud grandfather. One of his sons, an artist, created the illustration used on the cover. In addition to being a writer Darrin Pruett is also a leather craftsman, an entrepreneur, and a breeder of German Shepherd Dogs with WahyaGili German Shepherd Dogs.