The Story of my Life: My Cup of Poison 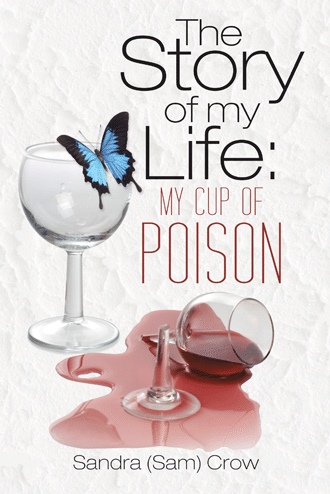 I woke up on Sunday, May 22, 2011, and it felt like a bomb had gone off inside of me. Sure I’d felt that way before, but on that day something was different. I was at my cottage up in Muskoka on a tiny lake that my husband and I had owned since 1997. This place meant the world to me, and it seemed so many meaningful things in my life happened up north. I call this place my heaven on earth, and Ted and I feel so blessed to have it. We watched this property on the market for four years, but at the time we couldn’t afford it. I told my husband if it was meant for us to have it, then it would wait for us. We kept checking in from time to time, and one weekend as we were heading home from camping up north at Killarney Provincial Park, we stopped in to the real estate office in MacTier to see if the property was still there. Sure enough it was and under a power of sale. We put our bid in and became the proud owners of the cottage. As the story unfolds, you will see how we were meant to have this cottage because so many of my experiences with God happened there. I am so grateful for that. I wondered, Why is today going to be any different than any other day with a hangover? I remember getting out of bed thinking I was going to be sick, so I snuck out as quietly as I could so I wouldn’t disturb Ted, Ashley, or Marc while they were sleeping. I don’t believe I ever did throw up, but I remember going into the cupboard downstairs and checking my wine stock and thinking, Wow, for only having one bottle I sure feel rough. To my surprise, I realized that I had polished off two bottles and deserved the fat head I was dealing with. I went down to the lake to just sit and think to myself for a few minutes about how my night had transpired. The more I started to remember, the worse I felt. I remembered asking Ted to take me to the store to buy smokes, which I hadn’t done in a long time but something made me break down. I remember Ted saying that he wouldn’t take me anywhere. As I began to think, the memory of the four of us fishing out in the boat came to me. I vaguely remembered getting upset and foaming at the mouth, or in other words being very vocal with the three of them. It was probably because Ted wouldn’t drive me to the store and the three of them were becoming upset with my behavior. My next memory that came flooding back to me was one that really frightened me. I am one of those people who can’t stand people who drink and drive, so this brought me to my knees. I realized I had driven myself to the store the previous night. It made me feel awful that I, the one who complained about other people drinking and driving, did something so stupid. I could have killed someone, including myself, wrecked our truck, or even ended up in jail. All kinds of things rushed through my mind. How did I let this happen? It was because I thought I’d only had the one bottle. I did remember waiting for some time to pass, but my mind was so messed up I guess I didn’t understand what I was really capable of. My thoughts and judgments were contaminated by the booze. I cried out to God down at the lake and just sat there in disbelief at what I had done. I prayed, “God, why do I keep making this same mistake and hurting the people I love?” I went up to the cottage, quietly got out my Bible, and then crawled back into bed. When I opened it up, I was blown away as the words of Ephesians 5:18 jumped off the pages: “Do not become drunk with wine because that will ruin your life, instead be filled with the Holy Spirit.” Today was going to be a different day because God got my attention, loud and clear. I had a strong urge to get dressed and go into the church in Port Sydney. I had been going on my own for a while now and felt especially that day that I needed to be there. It was a life-changing day for me. The message the pastor gave was like he had written it just for me. The message was called, “An Invitation to God,” and I cried through the whole service. He finished with a couple of questions for us to ponder: Do you want a different life? Are you tired of how you are living? Wow! I thought. Thank You, Father. This time I was really going to change my life because God had called me to.

Have you ever wondered why you are here on Earth? Does your life seem to be flashing by too fast, and you feel as if you are just doing the same thing day after day? I have wondered this, and through some remarkable blessings, I learned some answers.

Each of us is on a journey. Through the ups and downs of that journey, we all end up with a story to share. It’s a tale of where we have been, where we are now, and where we are going.

This book recounts the story I have been living for the past forty-five years. For many of those years, alcohol wrote my story for me. I was held captive by its addictive grip. My heart was closed to the greater purpose I was here to live. A tragedy helped open it, when I lost my niece to leukemia. Through all the trials, I came to know God and His meaning for my life as His child. He has a purpose for all of us.

Every day is a gift, and there are so many lessons we can learn from. It’s as simple as being humble enough to open our hearts.

Sandra (Sam) Crow has been married for twenty-six years and has one grown daughter. She has been busy the past eighteen years running her own cleaning business and now looks forward to the next chapter of her life as she follows her heart. They now reside in Essa Township in Ontario, Canada.