Wake Up the Sleeping Giants 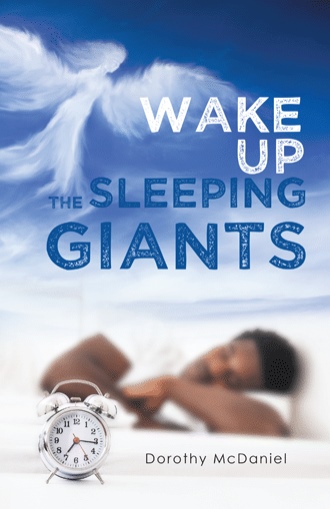 Foreword
Wake up the Sleeping Giants
I was inspired to write this book, after meeting the Reverend Dr. Moses Okpara, an African Missionary from Nigeria, West Africa. He was the president of Bible Way Ministries, a missionary ministry in Africa. This was Dr. Okpara’s third visit to Wayne County, North Carolina. Dr. Okpara stated God told him that someday he would go to the United States of America somewhere and preach “Wake up the Sleeping Giants!” During a newspaper interview, the reporter had asked Dr. Okpara, why he chose to visit Wayne County and he responded that he couldn’t really understand it and that he had a burden for Wayne County. He also believed that God had sent him to America to wake up the sleeping giants. Dr. Okpara then came to Helping Hands Mission, requesting assistance in having a prayer crusade in Mt Olive. My prayer partner and I agreed to assist him with his prayer crusade. He was confident that the prayer crusade would be a success. The crusade was scheduled to take place on August 19, 1999 at Mt Olive College, Rogers Chapel. The purpose of this crusade was to bring believers together to pray that the walls of division, racism, and segregation be pulled down within the body of Christ, especially among pastors.
Dr. Okpara was adamant about the crusade and during our meeting he made a profound statement that “Whatever God begins He completes and that if God’s prophet dies someone else will take over.” On August 19, 1999 my prayer partners and I, along with others went to Mt Olive College, excited about the crusade. Imagine my shock when I was told that Dr. Okpara died mysteriously on August 18, 1999, the day before the crusade was to begin (this meant the mission was aborted). As I reflect on Dr. Okpara’s mission and demise, I was reminded of Moses’ death. God told Joshua, “Moses my servant is dead, now therefore arise, go over this Jordan, thou and all the people (Joshua 1:2).”
Upon meditating on that Word, I gasped in surprise realizing that Dr. Okpara’s name was “Moses” as well - Dr. Moses Okpara. I thought once again of the statement that he made in our last meeting as well, “When God’s prophet dies, someone else will take over.”
The Holy Spirit prompted me to hurry and complete the manuscript that I had already started, “Wake up the sleeping giants.”

Chapter I
Awakened to Life
God Created Man
It all began in the Garden of Eden, after God created the whole world, with everything therein, including all plant and animal life; He was pleased with His creation. God needed someone to care for the beautiful garden He had made, and to have someone on earth to communicate with, and express His love. So, God said, “Let us make man in our image, after our likeness; and let them have dominion over the fish of the sea, and over the fowls of the air, and over the cattle, and over all the earth…. (Genesis 1:26).” God executed his plan, and created the man Adam, whom, “the Lord God formed of the dust of the ground, and breathed into his nostrils the breath of life, and man became a living soul (Genesis 2:7).”
God Created Woman
God performed the first supernatural surgical procedure by His Holy Power. Administered Holy anesthesia, induced Adam into a deep sleep, extracted a rib from his side, and closed up his flesh miraculously. Then God performed another miracle in the Garden of Eden. He sculptured the rib that He removed from Adam’s side, and made, “Woman” a special helpmeet for him. I envisioned, God, taking this newly created, beautiful woman by her arm and escorted her across the beautiful lawn of the Garden of Eden. The woman’s hair flowing in the wind. The birds chirping excitedly, the other animals staring in sheer amazement as God strolled across the exotic Garden of Eden, walking past the beautiful shrubbery and flowers which depicted all colors of the spectrum, in route to present her to Adam, her husband.

Surprise Me
On August 2, 2011, I dreamed that the rapture was taking place. Upon awakening, I praised God that it was only a dream, had it been a reality, many souls would have been left behind.
In the dream, I was standing outdoors in front of a large dome building. I stared in awe as I begun to see people flying out of the building like birds. I said “Oh my God”!! The rapture is taking place. I saw the smiles on their faces as they were being caught up in midair.
I could feel the awesome presence of the Holy Spirit all around me. It seemed like the people were being drawn by powerful magnets in the sky.
In the dream I was fully cognant of what was happening, and felt a surge of reality, that “this is really it.” People were flying at an accelerated pace around me, yet there were many who were walking, seemly unaffected by the people flying over their heads.
I really became concerned, when I realized I was seeing so many people going up, and I remained on the ground. I began to question, why hadn’t I been raptured? I knew that I was saved and filled with the Holy Spirit. It was as if I was talking to God because as I pondered this in my mind, the power of God picked me up and I began flying as well. 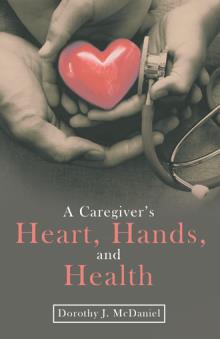 This book is written for those who are spiritually asleep to be awakened in order to carry out the Great Commission of Jesus Christ.

To operate in the supernatural led by the Holy Spirit that it may be said of the modern-day Christians as it was said of the early Christians; they are turning the world upside down.

Wake up, the alarm is sounding. This is no time to press the snooze button and continue to doze, because the rapture is imminent.

In a dream, I saw a multitude of people flying like birds into the sky. It seemed as if they were being drawn up by a giant magnet. I said in amazement, “This is it. The rapture is taking place.” I saw many people walking around on the ground, seemingly unaware of what was taking place around them.

Suddenly I was taken up by the spirit of God as well and flown around in the sky, but just as quickly as I was taken up, I was placed firmly back down on the ground.

Wake Up the Sleeping Giants will explain in detail why I was placed back on the ground and not raptured at that time. Also how I became spiritually awakened with a mandate to help sound the alarm for others who are yet spiritually asleep.

Jesus is coming for His bride, the Church.

Dorothy Jean Whittaker McDaniel, was born November 2, 1939 in Carroll County, Mississippi. She is the daughter of late Victoria P. and James E. Whittaker Jr. She is the fifth of nine children.
She was married to the late William E. McDaniel Sr., for 46 years and resides in Mt Olive, North Carolina. Dorothy is a mother, grandmother, and great-grandmother. She is a retired registered nurse.
She is an Evangelist who was called to minister the word in 1986; she is the founder of Miracles of Faith Ministries Inc., Mt Olive, N.C. This ministry encompasses the Twenty-four Hour Intercessory Prayer, and weekly radio ministry.
Dorothy ministers to the disabled, senior homebound and at a senior facility on a regular basis. She is the Recording Secretary for the Interdenominational Ministerial Alliance of Mt Olive. She is an Associate Minister and Elder at Gospel Light United Holy Church of America, Inc. She attended William Carter Christian College and the United Christian College in Goldsboro, NC. Her hobbies include cooking, reading, writing and watching Jeopardy. She loves to travel and meet new people. Dorothy aspires to reach the pinnacle of God’s spiritual assignment through prayer and obedience.
Her Godly wisdom and counsel, as well as her loving nature have made her a valuable asset to the community.