The Journey of an Elder 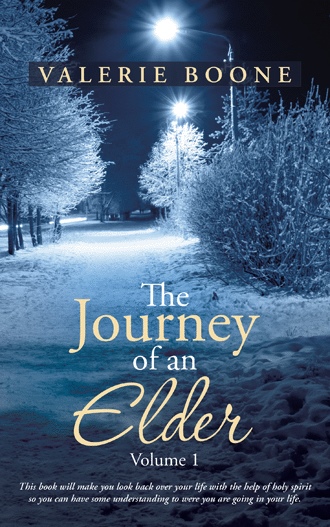 Coming Home
I was about four years old living in Baltimore City on the west side on a street called Vine Street. I was living in a hospital. I remember my mother coming to see me. My mother said the doctor had told her that I had bad kidneys and they had to treat it. I was there for about a year. When I came home, I did not know anyone in my house. They were like strangers to me. The only one I remember was my grandfather and my mother.
The next day, my mother had to go to work and so did my grandfather. So for a long time, I was always looking at the front door waiting for them. My aunt took care of me and my brothers while my mother was at work.
So, now I am about five years old getting ready for school. The school was right around the corner from where we lived. The school had 161 kids in it from kindergarten to the sixth grade. It was a safe place and we had teachers that had cared about our education.
I would never forget teachers like Miss Mary, Mr. Johnson or Mr. Thomas. I remember my art teacher when I was in the sixth grade. He drew my picture when I was sitting in class and then he called me to his desk to show me the picture. That was the first time that I saw myself on paper. He had drawn my face on a sheet of paper. I was so amazed by what he had done. He told me to keep the picture. I took it home to show my family.
1014 West Vine Street is where the Boone family had lived. It was not a big house, but we had a big family. Don’t ask me how we all lived in that house. It was about thirteen people by the time I had come along. I was told it was more than that at one time. Some moved out back in the day. That’s how family lived. My grandfather was the head of the house. When he was not there, my grandmother was next in line. She was the one who put things in order. She was a very small woman in size like I am. Everybody says I take after her. One thing about 1014 West Vine Street, everybody knew their place in the house.
In my eyes, my grandfather was like a king. His father lived in the house with us too. We called him Pa Pa. I used to sit and talk with him for hours. He had so much wisdom.
The house was full with children. We would always be upstairs when company came. We were always safe. Vine Street was a family block. Everybody was family in some kind of way so everybody was cousins. As children, we made our own fun. I loved the weekends. All the cousins from the family would come down to Vine Street. We would play games like jakes and ball skillet, hide and seek and red light, green light. We would just make up games to play.
We needed to find something to do because adults were drinking their beer. They loved their beer. You did not come into my grandmother’s house without a six pack. After the weekend was over, the house turned back to normal. My grandfather was blessed with a good job. He was one of the men in the neighborhood who worked at Sparrows Point Shipyards. I can remember my grandfather helping other families in need during hard times. That’s why God told me to write this book about my journey. I am the business woman that I am because of my grandfather. I paid close attention to the way he cared for his family and other families. He just loved people.
I believe I have my grandfather’s mantle. I am called to take my family to a new place in God’s heart concerning all families. The details of His love for people so we all can leave a great legacy to our children and their children.
I am not saying my grandfather was a perfect man, but I believe family is missing real fathers which are the true leadership of family. What I am saying is the family needs people who are willing to grow up and do what is needed no matter what gender you are. God is restoring every family in the earth as I am writing this book. As time moved on, my grandfather began to see a bigger vision for the family. I remember going with him to look at some new houses uptown. I was like a child stepping into a new world. Everything was new compared to the house we had lived in and the neighborhood we had came from.

• If you would like to understand your family tree, you must read this book.

• You must look back so you can move forward.

• When you know you are the one to do something
different in your family, this book is for you.

Valerie Boone, from Baltimore City, extended her educational quest in Human Services and Counseling at Sojourner Douglas. She has two sons and one grandson. She is very active in the building of Boone Enterprises Her mission is to bring wholeness and healing back to the community and their families.