The Hope of Eliza 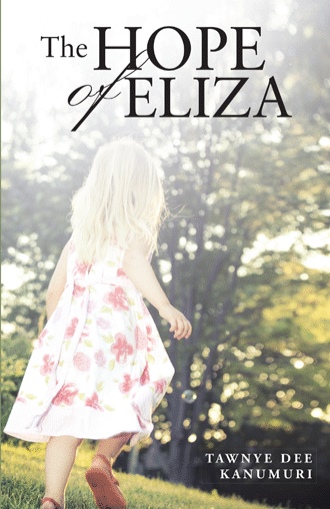 “Congratulations, Emma.”
“Yeah congrats.” People Emma had never even talked to had congratulated her on her success. Emma smiled, genuinely happy that everyone was making such a fuss. She couldn’t wait to see Luke. He always met her for lunch near their locker just after this next class. She longed for a little peck on the cheek or even a strong arm around her waist. Emma didn’t think she was done celebrating. Tomorrow was Saturday; so, she was thinking a romantic evening for the two of them might be in order. Just then Sara walked up beaming. “So, did you enjoy last night?”
“Of course, I did.”
“How much?” her friend pleaded “I need details.”
“About what?”
“About you and Luke, Tommy said you guys dropped him off early.”
“We did not! It was nearly 11 on a school night.”
“But, still, you must have celebrated somehow.” Emma got the remote feeling her friend was pushing for something specific. The confused look on her face must have showed because Sara blurted out, “Well did you do it or not?”
“Sara! I can’t believe you. Luke and I don’t have that kind of relationship.”
“Why not? You’re perfect for each other, right?”
“I’m not comfortable. We’re both so young.”
“Oh, Emma, you are so naïve. I bet you are the only virgin in the entire senior class.”
“Not ahhh,” Emma stated sharply, “and that’s none of your business.”
“Well, has he ever asked you?”
“Look, Luke is a gentleman and the details of our personal lives are PERSONAL.”
“Ok touché. I didn’t know until now that you were serious about this whole thing.”
“You mean being a virgin. Well, it’s not like there hasn’t been opportunities.”
“What’s the problem then?”
“I don’t know if it’s right?”
“You think it’s wrong?”
“Yes, I mean…I don’t know. I guess if it’s the right person it’s ok.”
“You mean, Luke’s not the right one? Come on, you two have been dating for two years.”
“I didn’t say he wasn’t the right person.”
“Then what? I think you’re just scared. I mean Luke’s probably done it before…”
“Sara!” she said embarrassed “Just drop it ok? You don’t know what you’re talking about.”
“Ok, ok look it’s fine. I don’t think badly of you if you’re not.... you know. It’s your business. I’m just curious, if he asked, would you say yes?”
Emma had never been more uncomfortable in all her life. Sure she hadn’t slept around, but that didn’t make her undesirable like her friend was making her feel. And yes Luke had never asked. Why should he? They were only in high school. Her friends always teased her about being innocent, but Emma suddenly began to wonder if they had ever actually believed that she was a virgin. After all, it wasn’t like she advertised it. Sure she had dated before and some of those guys had wanted more, but she wasn’t stupid. No guy deserved her just because they dated her. But Luke… he was different; they were in love. She hoped they would get married. Would she if he asked?
Packing up the Honda had been more difficult than Eliza had imagined. Her Mom was there running around like her head was going to fall off. Every few minutes she would say “Don’t forget this,” and hold up an old photo of them together or Eliza’s favorite stuffed animal or an old couch blanket. “Mom, I’m fine. It’s not like I’ll never be home again. I can only pack the essentials. It’s not like I’m buying a house.”
“I know dear. I just don’t want you to forget anything important,” she sighed, “Well, I guess you should head out so you can make it before dark. Do you have the emergency credit card in case something goes wrong, or I didn’t give you enough gas money?”
“Yes, it’s in my purse.”
“Double check sweet heart.”
“Mom…”
“Just one last time, I need to know you have it.” Sighing, Eliza headed out to the car to retrieve her purse. She might never get a chance to leave.
“Darling, you have to let her go. Come on let’s meet her at the car,” Grammy said quietly from the couch she had long since resigned herself to. She had come over nearly two hours ago to say goodbye; so much for that.
“I know it’s just that this house already seems empty without her. For eighteen years she’s all I’ve had to love.” She swiped a tear. “Ok, here we go.” Squaring her shoulders and straitening her shirt, she met her daughter on the curb.
“Bye, Eliza.” Eliza glanced back to see her mother trying to hold herself together. Grammy stood next to her offering her arm as support; emotional support. All of a sudden, it seemed harder for Eliza too. She felt like she couldn’t leave her mom all alone in this two bedroom townhouse, with no one to talk to or to listen to how her day went. Dozens of food shopping trips flashed through her mind and images of little coffee houses that they had chatted in suddenly appeared. Yet, if someone didn’t make a move no one would be able to hold it together much longer. Plus, Eliza knew Grammy would take over. She loved them both so much. She was nothing short of a God-send. Eliza truly believed that she had come around at the right time for her mother. She trudged over to them to say goodbye.
“Oh, Mom, I’m going to miss you. I’ll miss you both. Thanks so much for everything.” She swallowed them both in a large bear hug.
“Love you too sweet heart.”
“Have a safe journey Eliza,” Grammy said and then prayed that Eliza would indeed have a pleasant journey. Eliza stepped out of the group hug they had formed and smiled. “Bye,” she whispered barely audibly.
Then she drove away, Grammy and Mom waving until she was out of sight.

Two teenage girls prepare to make their dreams a reality: one lives a life of utter perfection, or so she thinks, but the other girl was born into a world that didn’t always promise that things would work out. Determined to make her dreams happen anyway, Eliza sets out on a journey that will change her life in ways that she doesn’t expect. Emma has high hopes for her future and a tenacity for life that is unmatched.

Each girl battles the daily challenges of life in pursuit of their dreams, but one dream comes to a screeching halt when the girl finds out she is pregnant. So afraid of what life might look like with a baby, she doesn’t realize she holds the power of life and death in her hands.

With the odds stacked against them, there are moments when they both ask themselves if they can make it through.

A moving story about two young girls navigating through American culture and its definition of success, The Hope of Eliza is a story that all women can identify with. It is a story of powerful friendship and hope beyond the depths of despair.

Tawnye Dee Kanumuri graduated from the University of Colorado in 2012 with a bachelor’s degree in English and a minor in elementary education. She now teaches first grade in Monument, Colorado. She was married to the love of her life, Vamsi Kanumuri, in July of 2011.They have two dogs. She enjoys being outdoors, hiking, swimming, boating, and is an avid reader.