Unwrapping the Gift of Mercy 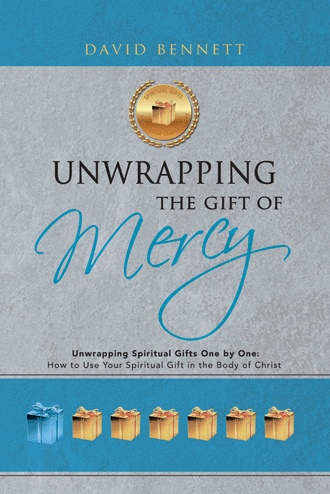 The Need Orientation of the Gift of Mercy
The “need orientation” of the saint who has been given the Gift of Mercy is to meet the Emotional Needs of the body. Every church would be wise to identify those in the body who have the Gift of Mercy and take advantage of their sensitivity, tender care, compassion, empathy, discernment, wisdom, and overall perceptions regarding the emotional needs throughout the body!
Although there are many needs in the body of Christ, each Spiritual Gift has a specific need that it is divinely ordained to meet. In each of the following chapters regarding certain Spiritual Gifts, we will show the orientation of that Spiritual Gift to meet a particular need in the body.
Mercy-Givers are the “Watchdogs” of the Emotional Needs Within the Church
Mercies are the “watchdogs” of the emotional needs found within a church body. They tend to sniff out, like a champion hunting dog, the emotional needs within the body, meet those needs, and then, like watchdogs, protect the members.
Emotional needs arise in many ways, and at any given time, and in every church those needs can be found. Sometimes, they are affiliated with physical needs, but sometimes, they are not. They come through sickness and disease, accidents, financial and material losses, marital problems, family conflicts, relational difficulties, unexpected and undesirable circumstances, and the death of a loved one. Life is full of these types of heartaches and sadness, which puts a premium on those with the Gift of Mercy. The Holy Spirit has equipped the members of the body to have their emotional needs met through the emotional care given by those possessing the Gift of Mercy…
Mercy-Givers are Driven by Mercy, Love, and Compassion
Robert McCheyne kept in close contact with his beloved parents by means of letters throughout his lifetime. He watered and cultivated this relationship, as he did others, with love and concern.
One of his favorite quotes was “Love so as to be missed!” Robert Murray McCheyne died on Saturday, March 25th, 1843. Over 6000 attended his funeral. He was missed!
Upon the death of McCheyne, his friend, Andrew Bonar, said, “There was no friend whom I loved like him.”
I feel very safe in saying that if Bonar had died first, McCheyne the Mercy would have uttered these very same words. Through the tender love and faithful affection of Mercies, other men with strong Leadership Gifts are drawn to them.
Robert Murray McCheyne’s saintliness, compassion, mercy, graciousness, and love all still shine brightly over a century and a half later! …
Mercy-Givers are Able to Share
In Both the Emotional Pain and Joy of Others
The Holy Spirit equips Mercies with the ability to empathize with those who suffer and to rejoice with those who rejoice as no one else can do. Few can suffer with others like the prophet Jeremiah, the author of two Old Testament books including the Lamentations of Jeremiah; few that is but Mercies.
In the words of J. Vernon McGee, the book of Lamentations” is filled with tears and sorrow. It is a paean of pain, a poem of pity, a proverb of pathos, an hymn of heartbreak, a Psalm of sadness, a symphony of sorrow… It is the Wailing Wall of the Bible.” Notice carefully the emotional descriptions used by Matthew Henry and C. I. Scofield to introduce us to Jeremiah’s Lamentations. …
Mercy-Givers Both Attract and are Drawn to People
With Stress and Distress
“Everybody is hurting,” so said a Mercy to me one day when discussing this subject. The broad perspective of Mercies is that everyone around them has a reason to be hurting, which then leads to emotional pain. Later, in the same conversation, that man said, “Problems are obvious!” They see hurts better than anyone else. When a Mercy sees emotional stress, suffering, and distress, his Motivational Gift goes into gear. Thus, they seek to share that pain and do something about it. …
Mercy-Givers are Attracted to People with Leadership Gifts
Henry Drummond (1851-1897), a Scottish evangelist and pastor in the Free Church, was a Mercy-Giver. D. L. Moody called Drummond one of the most lovable men that he had ever known. Drummond is best known for his famous message from I Corinthians 13. His message was published with the title of “The Greatest Thing in the World,” something that this Mercy knew well and demonstrated fully.
Henry Drummond became a close friend of another famous evangelist who had the Gift of Prophecy, that man being Dwight L. Moody. This is very typical of people with the Gift of Mercy and those with the Gift of Prophecy, as we shall soon see.
Jonathan, a Mercy in the Old Testament, was attracted to David, who had the Leadership Gift of Exhortation. Actually, Jonathan had a double bond with David. Because King Saul was persecuting David even to the point of death, Jonathan, being the Mercy, was emotionally attracted to protect and assist David. That is actually the second cord to bind them together, with the first cord being the attraction of their Spiritual Gifts one to another.
John, a Mercy in the New Testament, was attracted to Peter, who had the Leadership Gift of Prophecy. Interestingly enough, the apostle John spoke more about Peter than any of the authors of the other three Synoptic Gospels, even though Matthew and Luke were much longer books. …

As an internationally gifted speaker and author, David Bennett explains how God uses believers with the Gift of Mercy to benefit the Body of Christ. Using Biblical characters, great historical men of faith, and contemporary real-life people, David opens the heart and soul of Christians spiritually endowed with the Motivational Gift of Mercy.

Beginning with Scripture, David defines and demonstrates the Gift of Mercy as it plays out in real life Christianity. Gleaning from the personal lives of past and present saints, David details how the believer with this Gift can be characterized, identified, motivated, and used in the Church of Jesus Christ today.

David believes that for the body of Christ to function successfully each member must recognize his divine purpose and function for the health and growth of the body, and carry out his intended objectives and responsibilities in the power of the Spirit.

David Bennett and Vicki were married in 1977 and have ten children and several grandchildren. He has been teaching on Spiritual Gifts since 1989. Instrumental in planting three churches in Brazil, he is now involved in worldwide pastoral training, preaching and teaching in churches, Bible Colleges, conferences, and seminars on varied subjects. He is the Director of Silent Word Ministries International which focuses on reaching deaf people for Christ. David enjoys spending time with Vicki and reading and writing sacred poetry.