Welcome To My Journey

A Road That Leads To Victory 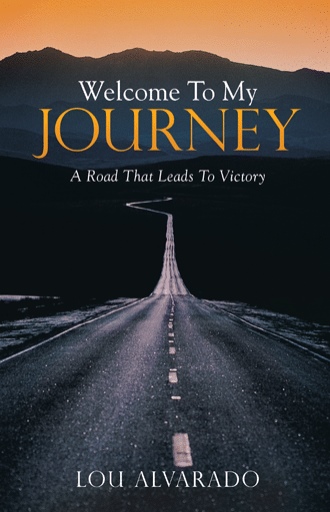 When I was 2 years old I was involved in an awful, life threatening accident.

I had a favorite uncle who would spoil me by taking me places and bringing me all kinds of goodies. One day my mother called upon him to run an errand for her because my father was at work and she did not have a vehicle to use.

When my uncle showed up I was so happy to see him, thinking he had come to visit me. My mother, “Carmen,” tried to explain the real reason he had come to our house, but it was hard for me to comprehend that I was not allowed to accompany the man I loved so much.

I threw a tantrum and started crying. Mother told my uncle that she was going to take me into the house and was coming right back out. Then, as my mom was explaining to my uncle what she wanted him to do for her, I ran back out of the house and hid behind his car. Looking back, I don’t know what possessed me to do that! After their conversation ended Carmen went back into the house, and my uncle started the car and put the transmission into reverse. He had no idea I was there.

I let out a scream that my mother could hear from inside the house. My uncle had backed the car over me, and he didn’t realize what he had hit. I was pinned under a tire, and my mother began yelling at him to move the vehicle off me.

Eventually they both pulled me out, finding me lying in a pool of blood. They rushed me to the nearest hospital.

When a doctor saw me, he rushed me into an examining room. He could not readily tell what my injuries were because I literally was covered with blood.

I was crying uncontrollably, so the doctor asked my mother if she had a baby bottle for me. My mother told him that I had been weaned from the bottle, but the doctor told her that he was going to give it back to me for the time being to help calm me down. Then he administered some medication to ease the pain so the staff could X-ray me.

I’m sure that my mother and uncle were pretty upset about what had just happened, and the news didn’t get any better. When the doctor returned from viewing the X-rays, he told my mother that the injuries were bad - there was even a tire mark on my midsection. He was going to have to stitch up wounds on various parts of my body.

I know now that everything happens for a reason. The accident was a close brush with death, but I believe that God had a plan and a purpose for the ordeal.

As I’ve gotten older I have had resulting medical problems, such as back pain and hearing loss. I have had two surgeries in my left ear. I also remember my mom telling me about the way I was bouncing my bottom while the doctor was applying stitches there. He chuckled and told her that “this little girl is going to become a dancer.”

In a sense, he was right. After I grew up and accepted Jesus Christ into my life, He gave me the joy that allows me to dance and worship Him.

Jeremiah 29:11 “For I know the plans I have for you,” declares the Lord, “plans to prosper you and not to harm you, plans to give you hope and a future.”

At the beginning of my life, God had a plan and a purpose, even when I didn’t see it. God is no respecter of person. He also has a plan and a purpose for your life. When earthly life tries to determine your destiny and your identity by bringing you confusion and turmoil that leaves you wanting to give up on life, God has a way of visiting you with His gentle touch and true love.

Look at your trials as a learning experience, not a curse. That’s how God builds us up and prepares us for what’s to come. It will also bring us to a place of obedience. For me, it’s not how I fought to the end of my battles, it was how I handled my battles with God’s wisdom and a positive attitude. As I look back at what had not made sense at the time, I can see where God has taken me, and now it all makes sense.

I was raised in a non-Christian home. If you had the same upbringing, it doesn’t mean that God loves you any less. It just means that God loves us and accepts us the way we are. Let God make the changes in our lives.

This book is what Lou lived and experienced. This book is based on her personal experience and what she feels she can offer someone who may or may not have experienced something Similar in life.

Lou has lived in Avondale Arizona all her life. She is married, with four grown children and has five grandchildren. She has been blessed to spend time in creating this book so all can share.