Memoirs of a Short-Term Missionary

Experiencing the Power of God 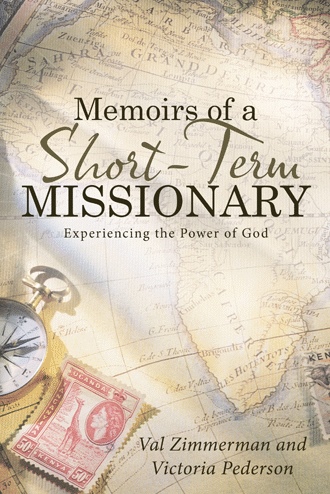 While I was behind this rack of merchandise, I noticed a kind of courtyard. So I stepped out into it. It had a concrete wall around it, similar to others in the area. I figured it was safe because I was out of public view. Several black ladies were stomping cassava root. They told me that this cassava root was found in the forest. They dig it up, cook it, and then stomp it in a big wooden bowl. One lady stomped it with a 5 foot long post into the bowl. The second lady sat on a stool on the concrete and turned it over in the bowl. They continue stomping and turning it until it is soft and mashed. I watched them for a moment, curious what they were doing. I had never seen it before and wanted to try it. I slowly walked over and pointed to the pole, trying to ask nicely if I could stomp, too. These black ladies looked at each other and looked around to see who was watching. Then they looked at each other again and started giggling to no end. I figured that meant it was ok. So, I lifted the pole once, and brought it down to stomp once. Then everybody around me started to burst out laughing. I smiled and slowly stomped a couple more times, being careful not to smash any fingers of the ladies who turned it. They continuously giggled and I eventually heard one say, “A white man doing a woman’s work!” We all had a good laugh. Dave found me a few minutes later. When he saw what I was doing, he just shook his head at me and smiled, waving me over, “Come on, Val.”

Have you ever seen God perform a miracle before your very eyes? Read along as I share with you my own experiences as a missionary in Israel, China, Ghana, Liberia, and Kenya; how God used this simple farm boy to preach the Gospel, pray for the sick, and see Jesus heal them right in front of me! Let my inspirational story of God’s power and love impact your own spiritual life!

Val Zimmerman has traveled as a missionary to at least eight countries to spread the good news of the Gospel. He has helped to plant four ministries in Wisconsin and Minnesota, and continues to support many others. He and his wife, Marlene, of fifty-seven years of marriage are retired, living in Minnesota.

Victoria Pederson has recently completed a Doctorate of Theology and is teaching at a local Bible College in Minneapolis. She and her husband, Bret, are the co-senior pastors of The Remnant, and members of the International Ministerial Fellowship. They live at home with their three small children in Minnesota.