Too Good, Yet So True! 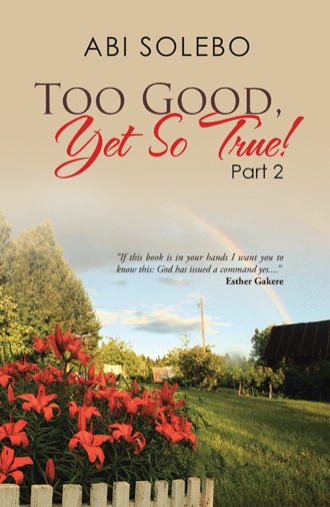 "A free man has no idea what it means to be behind bars". It is usually easy to assume everyone in prison, must have committed a crime. But people sometimes fail to realize that in so many nations’ people are punished in many ways to mention a few, threatened, jailed, ostracized, abandoned, rejected and even killed for their faith in Christ. Is it a crime to believe in Jesus?

Saul of Tarsus was zealous in going about to persecute Christians, but while he was on his way to Damascus he had a life changing encounter with God, which transformed and changed the course of his life. God’s way of drawing individuals to himself differs. For some it might be an encounter like that of Saul of Tarsus, others might have encounter like that of Jonah. He went in the opposite direction ending up in the belly of a fish, but due to the mercies of God, he repented, returned to his source, and carried out God’s assignment.

As a Muslim, I had so many dreams and visions about Christ, a very profound one was when I went on an Islamic pilgrimage to Mecca (The Hajj). I travelled with one of my sisters who was going to Mecca the second time. We landed in Jeddah, the capital of Saudi Arabia, from where we travelled to Medina. We visited a mosque in Medina, which housed the tomb of the prophet Mohammed. Inside the mosque in Medina, I had one of the most unforgettable experiences of my life. Any time I pause to think about this experience it gives me goose bumps, makes me stand in awe of Jesus, and reinforces the purpose of God for my life. As I was in the mosque in Medina I found myself in what appeared to be a trance, oblivious of my environment. While I had no control over myself I was speaking in tongues and calling on the name of Jesus. I had what can be referred to as the baptism of the Holy Ghost inside a Mosque. My sister who was with me jolted me back to life and to realisation as to where I was. She did not mince words in telling me the consequences of what could happen to me if I was found calling on Jesus. It is forbidden for non Muslims to go to Medina at all, not to mention being inside the mosque. The penalty could range from imprisonment or worse, death.

I knew what had happened was beyond my control, and yet could not explain why it happened right inside the Mosque. The ways of the Lord is surely far beyond human comprehension! 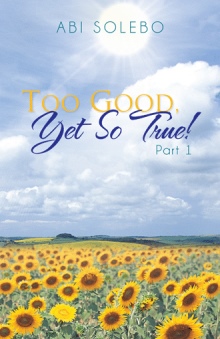 “So here are three good reasons why I would like to recommend this book and why I think it should be widely read by others.

First of all, it’s a great read. It’s one of those types of book that is so easy to read and that draws you in, so that you want to find out what comes next.

Secondly, readers will be able to identify with the everyday experiences shared by Abi in it. They will be taken on a journey of faith and inspired by the spiritual insights and nuggets of truth that are scattered throughout the book.

And thirdly, I’m convinced that any thoughtful reader will discover more of what it means to walk by faith in Jesus, rooted and built up in Him, from someone who has paid the price to experience that sort of a life. I believe they will finish the book a more thankful and a more humble person than when they began it.”

Born in Nigeria to a devout Muslim family, Abi was a practicing Muslim until her encounter with the Lord. The vision for Too Good, Yet so True! showed the Lord’s faithfulness during her time of persecution, tribulations, and trials after her conversion to Christianity.

She has a passion for God. Abi obtained B.Sc. Hon in Chemistry from the University of Ibadan, Nigeria. She later obtained professional qualification in England and currently lives in the United Kingdom. She is married to Dr Oluyemisi Solebo and both have three wonderful children.