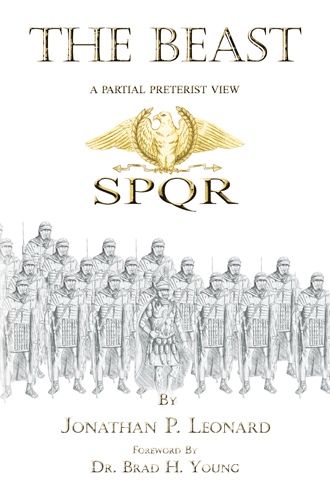 Blessed is the one who reads aloud the words of the prophecy, and blessed are those who hear and who keep what is written in it; for the time is near.

Almost two thousand years have passed since the writing of the Apocalypse to John and yet his book is still a confounding mystery to many. In today’s evangelical circles, Revelation is interpreted largely through the lens of dispensational theology. This is the popular end-times teaching that is preached from many pulpits, and is seen on television, in movies, and in bookstores. The literal eschatological lens of dispensationalism is so prevalent that an alternative view is rarely considered or explored within evangelical Christianity. Yet Revelation is full of symbolic imagery that cannot be solely interpreted literally. The proliferation of popular books and films within both the evangelical community and secular society has almost crystallized this viewpoint in the minds of many believers as well as a number of unbelievers.
According to preterism, two main problems exist concerning the confusion surrounding Revelation: 1) A misunderstanding of the first three verses of the text and the temporal expectation of the author, and 2) A neglect of the historical context that influenced the writing of the book. In today’s popular end-times teaching great emphasis is placed upon interpreting Revelation through current events while sacrificing the original context that inspired its writing.
As with every book of the Bible, Revelation has a context. Just as the prophet Jeremiah targeted the rebellious people of Judah, or Amos the rebellious people of the northern kingdom of Israel, John also had a specific audience in mind when writing the book. The targeted audience is what seems to be forgotten, as the types and symbols of the Apocalypse are often interpreted to fit within the context of the interpreter’s own generation. Thus the modern interpreter often overlooks the original audience as he or she proceeds on a quest of relevance.
Church historian F.W. Farrar passionately illustrates the heart of John in writing the Apocalypse:
For the sole key to the Apocalypse, as to every book that has truth or greatness in it, lies in the heart of the writer; and the heart of every writer must be intensely influenced by the spirit or circumstances of the times in which he writes. His words are addressed the first instance to his living contemporaries, and it is only through them that he can hope to reach posterity.

Unfortunately, the types and symbols within Revelation have been the subject of much confusion and speculation throughout the centuries. Jerome in the fourth century A.D. in reference to the mysterious nature of Revelation is quoted as saying, “The Apocalypse of John has many secrets as well as words. I am saying less than the book deserves. It is beyond all praise; for multiple meanings lie in each and every single word.” Sadly, this statement implies the use of allegory in the interpretation of Revelation. Allegory removes Revelation from its first-century mooring and casts it adrift into the ocean of speculation.

The identity of the Beast rising out of the sea in Revelation 13 is a hotly debated topic. Some believe the Beast has come already, while others believe that he is alive today, waiting to take his position of power. One of the key passages cited by all groups is in Revelation 13:1–8, 18.

Yet the imagery of the book of Revelation has opened it to misinterpretation by modern-day interpreters who are unfamiliar with the apocalyptic literary genre. Jonathan Leonard explains the meaning of the Beast of Revelation 13:1–8, 18 in its first century context and its relevance to members of the early church. The imagery of the Beast of Revelation is not seen as instilling fear into the hearts of believers concerning the future, but serves as a stinging critique of imperial power, idolatry, and oppression. When properly viewed in its original context, the unveiling of the Beast can transcend the first century and serve to strengthen the testimony of the church of Jesus Christ in the present day.

Jonathan Leonard holds a master of divinity and a master of arts in biblical literature with an emphasis on Hebrew history and culture and church history, from Oral Roberts University. For the past twelve years, Jonathan has worked with at risk youth for several nonprofit organizations. He resides with his family in Texas.