The Power in the Spoken Word 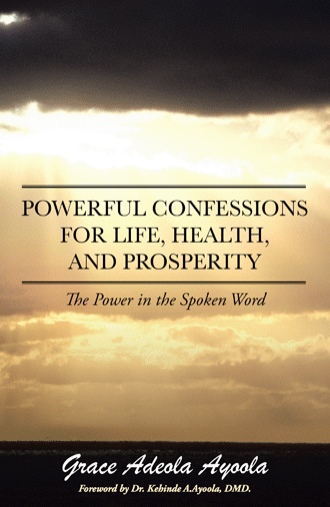 CHAPTER ONE
THE PLACE OF THANKSGIVING AND ADORATION
In the scriptures, God said: “I have created him/man for my glory” (Isaiah 43:7) The written Word is proof and we ought to accept that giving glory to God is the purpose of our creation. This realization gives meaning to life and existence. We are made to worship and without worship we are just like any creature without thought and imagination and like a sheep without a shepherd. It is the failure to serve and worship God that creates a barrier between man and his Creator. We hear God lamenting in the Old Testament about the failure of the children of Israel to love and serve their God. The children of Israel were repeatedly called “stubborn”, “disobedient”, and “ungrateful”. In the book of Acts the Apostle Stevens called the children of Israel “stiff-necked and uncircumcised in heart.” The prophet Jeremiah laments that his “people have changed their glory for that which doth not profit.” It is written “Be astonished, O ye heavens, at this and be horribly afraid, be ye very desolate, says the LORD. For they have committed two evils: They have forsaken me the fountain of living waters, and hewed them out cisterns, broken cisterns, that can hold no water. Jeremiah 2: 11-13. In the Book of Isaiah, they were described as ‘a seed of evil doers.’ No doubt that this race was a rebellious race, nevertheless, God ordained that they be set free from bondage.
Moses and Aaron were instructed to go and tell Pharaoh, that the LORD God of Israel says “Let my people go, that they may hold a feast unto me in the wilderness.” Exodus 5:1 It is clear from this scripture that the purpose for the deliverance of the children of Israel from bondage is so that they may go and worship God in the wilderness, free from oppression after which they will be led to the land of promise. Similarly, the purpose of our salvation is so that we may be set free from Satan and become a royal priesthood to offer spiritual sacrifices to our God.(1 Peter 2:9)

The Bible says people perish for lack of knowledge. Indeed, many people are ignorant of the fact that it is only worship that brings us to the presence of God. Adoration of God takes us from the mental to the spiritual realm, lightens up our vibration, purifies what we are grateful for and energizes us. With thanksgiving, we enter into the gate of the Living God. We proceed into His Court with praise and enter His presence with worship to be gifted and transformed. What a privilege to be able to go boldly to the throne of the Almighty God.

Let us review the lives of some people in the Bible who were transformed because they were obedient to the command to worship their Creator. God told Abraham to go and sacrifice his only son to him in the wilderness. Abraham obeyed and made the journey to the mountain with Isaac and two of his young men. ‘And Abraham said unto his two young men: “Abide you here with the ass; and I and the lad (Isaac) will go yonder and worship.” Abraham knew that the purpose of the journey to the mountain was to worship God. As a result of Abraham’s loving obedience, God provided a ram for the sacrifice. His willingness to sacrifice his son to the Almighty God has immortalized his name as the favored one who has been blessed mightily.
Let us look at the example of David. How did David qualify to be the man after God’s heart? Remember, that although he was willing and ready to build a Temple for the LORD, he was not allowed to build the Temple because he had shed a lot of blood. How did a bloody man become the man after God’s heart? The answer is that David was a worshipper. The scripture says that David praised God seven times a day.(Psalm 9:64) When the Ark was being moved to the house of Obed Edom, David danced with all his might and offered burnt offerings and peace offerings unto God. (1Chronicles Chapter 15 ) It is written also that on that day, David first delivered a psalm into the hand of Asaph and his brethren, to thank the LORD.(I Chronicles 16:7.)
When sent a pestilence upon the children of Israel because of their sins David planned to sacrifice praises to God on behalf of the children of Israel. God sent a prophet to David to go to the threshing floor of Araunah and build an altar to offer his sacrifices to the LORD. Araunah offered to make the piece of land a gift to David but David refused to and said: “Nah: but I will surely buy it of thee at a price: neither will I offer burnt sacrifices unto the LORD my God of that which cost me nothing.”
( 2 Samuel 24:24) His love for God made him to refuse a gift saying he will not give God that which costs him nothing. David was in deep appreciation of the mercy of God throughout his life as recorded in the Psalms he wrote. His name entered the Book of Records because he knew that he lived to worship God and he made the worship of God the central theme of his life. This gave David a place in the Book of Records, the only man referred to as a “man after God’s heart” as a result of his loving obedience.

Finally, let us acknowledge another person whose name was immortalized because of her exemplary worship: the woman with alabaster box of very precious ointment recorded in John 12: 3-8; Matthew 26: 6-13; Mark 14:3-10; She is another example of perfect worship.
She gave an expensive gift to the Lord Jesus (recorded to be more than three hundred pence) She gave it willingly and joyfully. The fact that the disciples complained that it was a waste did not stop her from pouring the oil on the feet of Jesus. She gave the gift with humility (wiping the Lord’s feet with her hair) Jesus said “Where ever this Gospel shall be preached in the whole world, there shall also this that this woman has done, be told for a memorial of her!” This woman like Abraham and David entered the Book of Records by worshipping the Messiah unreservedly
Brothers and Sisters, God is looking for such worshippers for it is written: “For the eyes of the LORD run to and fro throughout the whole earth, to show Himself strong in the behalf of them whose heart is perfect towards him.” The LORD will strengthen the heart of those whose hearts are fully committed to Him. (2 Chronicles 16:9) It is also written: “Eye has not seen, nor ear heard, neither have entered into the heart of man, the things which God has prepared for them that love him.” (1Corinthians 2: 9)
This is an invitation to you to be in God’s Hall of Fame by offering daily worship to God.

IF YOU WISH TO JOIN THE ARMY OF WORSHIPPERS, MAKE THIS COVENANT:
ON THIS _____ DAY OF _____ 20__, I,___________________ DO EARNESTLY AND JOYFULLY MAKE THIS ULTIMATE COVENANT WITH THE HELP OF THE HOLY SPIRIT IN ME TO GIVE THANKS, PRAISE AND WORSHIP TO MY FATHER AND CREATOR FORAT LEAST FIFTEEN MINUTES EACH DAY OF MY LIFE. SO HELP ME GOD. 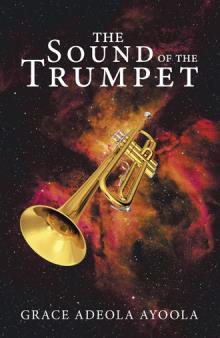 THE SOUND OF THE TRUMPET
Grace Adeola Ayoola
$13.95

The book opens with a call to each reader to join God’s army of worshipers. Joining the army of worshipers entails a minimum of fifteen minutes praise and worship daily. This is a covenant that will enrich the life of each participant beyond imagination and enlist each participant in God’s book of records. Examples like Abraham, David, and the woman with the alabaster bottle are given as those who have already entered God’s book of records. These examples should serve as encouragement to all believers.

The Powerful Confessions for Life, Health, and Prosperity can be called a prayer, praise, and worship devotional guide. The book reminds believers of the awesome power and incomprehensible ways of God that do not depend on our eloquence or flamboyant expressions. The book helps us to go to the throne of mercy with our requests. These requests are laid out in the book under different topics which cover the different aspects of our lives for which we need God’s intervention. Emphasis of the book is on confession because the Bible says we shall decree a thing and it shall be established. The use of the words I am adds unimaginable power to our confession that does not leave room for doubt or unbelief. Consistent use of the book will enrich the user’s life.

Grace is an Alumnae of the University of Ibadan and served her Alma Mata as a University Administrator from 1976 to 1995 when she migrated to the United States. Grace committed her life to Christ at an Oral Roberts revival service in Minneapolis Minnesota, USA in 1974 and re-dedicated her life to Christ at the University of Ibadan Senior Staff Fellowship in 1986. Grace is married with children and grandchildren. Praising God is the theme of Grace’s life and the theme of her ministry: The Gates of Praise Ministries International. She can be reached at gatesofpraiseca@gmail.com and you can visit her websites: www.thegatesofpraise.org and www.soundoftrumpet.org.