The Goal for the Prize

Understanding the Kingdom of God 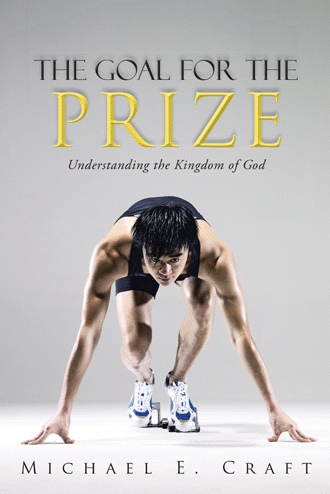 One can be redeemed; one can be saved, and still miss God’s purpose in his life. The story is told about the man who was on his way home from work when he decided to take his little boy out for ice cream. When he got home, he found his boy playing in the mud. The father didn’t change his mind about the ice cream. He took his son inside, gave him a bath, got him into clean clothes and said, “Now son, we’re going to the ice cream parlor for a treat.” The little boy, being a true fundamentalist, said, “Daddy, I don’t want to go. I want to stay here by the bathtub and tell everybody how dirty I was and how good you’ve been to me.” “But you don’t understand why I cleaned you up.” Said the father. “ I want you to go with me!”

God’s purpose, simply stated, is to save us from sin unto His eternal purpose. The purpose He had in mind from the very beginning in the Garden. He created man for fellowship with Himself. He wants to be with man. His eternal purpose is fulfilled in the Kingdom of God.

The Kingdom of God! The Kingdom of Heaven! Both terms refer to the same thing. The second term is used primarily in Matthew’s Gospel. It is thought that his gospel was written with the expectation of a Jewish readership. The Jewish interpretation of the Law forbade the utterance of God’s name. The term “heaven” is substituted to avoid a problem. Whatever the reason, we know the terms are interchangeable since both appear in the same parables but in different gospel records.

Jesus’ preaching ministry was devoted to revealing the Kingdom of God, which had been announced by John the Baptist. There is no record of Him preaching a, “get to go to heaven”, message. His audience was not made up of atheists. They were a people who identified their heritage from Abraham. They laid claim to the promises that God had made to Abraham and his progeny. They had an expectation to go to “the Bosom of Abraham” when they died; there to await the resurrection which was promised to all of Abraham’s “children”.

Jesus declared that God was a Father! That declaration alone was revolutionary. He further revealed Himself to be the long awaited Messiah.

There had been several “messiahs” in recent history, i.e. the last century of so before Jesus’ advent. All had risen up as revolutionaries set upon driving Rome out of Israel. Each one had been soundly beaten and executed by the Roman army. Still, the Jews continued to look for their Messiah, with the accepted “understanding” that He would deliver them from their bondage under the “boot” of Rome. They expected a militant messiah! They ignored the scriptures, e.g. Isaiah 53, that declared that, the One, would be a “suffering Messiah”. They preferred the mistaken understanding that their salvation was to be purely worldly. God had a much grander plan. He was in the process of setting all mankind free. Free from all bondage, both material as well as spiritual. He was putting into motion His plan to restore mankind to the place He originally intended for him. The place he occupied before he chose to disobey. His solution is the Kingdom of God. He sent His son to lay the foundation with His preaching, to model the result with His earthly life and to provide the access with His blood.

The author introduces a revolutionary concept of the Kingdom of God which is intended to initiate a conversation among committed followers of Jesus Christ. Followers who are convinced there is something more than the placebo, which promises “pie in the sky in the great by-and-by.

Rev. Michael E. Craft is an ordained pastor with more than thirty years os experience in the pastoral ministry. In addition to his theological studies, he holds degrees in electrical engineering, solid state physics, and education. He worked as a research scientist on the Saturn–Man on the Moon project, taught high school advanced mathematics, and served nine years as associate professor of engineering in a northwestern university. Rev. Craft resides in Colorado Springs, Colorado, with his wife of fifty-five years.