Finding the Light in the Darkness 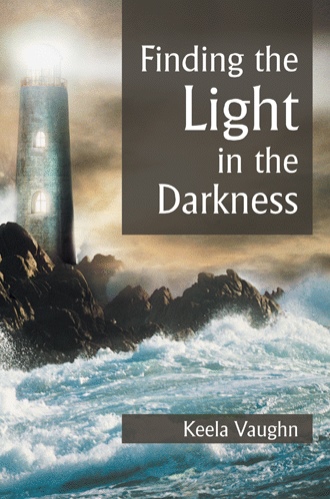 My kids told me to follow them down the hallway. The hallway seemed so long to get to the doctors who were standing there with a look on their faces that I knew the worst had happened. The fluid that had caused so much pain for him for so many years, had finally caused his body to wear out and he died. I remember my mother holding on to me on one side and my dad holding on to me on the other side, as we walked back down that hallway to let those precious friends know that he was gone. As I came back into the waiting room, they all knew immediately what had happened. I vaguely remember friends cleaning up the area we had occupied for the entire day and into the night. I sat down and just stared into space. You would think I would have been out of control with grief because I had not even let the thought that he might die even cross my mind. Instead I felt something different. I felt an odd sense of peace. How could I feel this emotion? Here the man that I had spent most of my life with was gone. Philippians 4:7 reads, "and the peace of God, which surpasses all understanding, will guard your hearts and mind,; through Christ Jesus." This kind of peace, which we cannot understand, is from God. I felt God surrounding me, as if a cape had been put around my shoulders. God was letting me know, that now Larry was with Him and He would take care of him for me.

Join me on a ten-year journey through some dark times in my life. Times that I felt helpless, stressed, bitter, and depressed as a result of my husband's illness. I have no magic spell to help others, but I feel God has given me these trials so that I can tell my story and help someone who might be going through the same thing. This life can be full of so many dark times. Please walk down this path with me and follow the light one step at a time, which will help us find our way! Let me share with you how through my trials God led me to finding the light in the darkness!

Keela Vaughn has taught many ladies’ and children’s classes through the years. She has also, for the last twenty-five years, written material for, organized, and given speeches at ladies’ days, with about one hundred in attendance. She is a widow and is very blessed to live in a retirement community in Missouri with her freckled dog. She loves her job as a part-time receptionist at a local animal hospital. She has two sons and one daughter. She has been blessed with a beautiful daughter-in-law and a Navy son-in-law, who have given her the lights of her life—six grandchildren and one more on the way! She enjoys writing articles for the church bulletin and the local newspaper’s faith column. She writes from the heart and prays that her writings will help others who are struggling with the dark times in their lives to be able to find God’s healing, marvelous light!