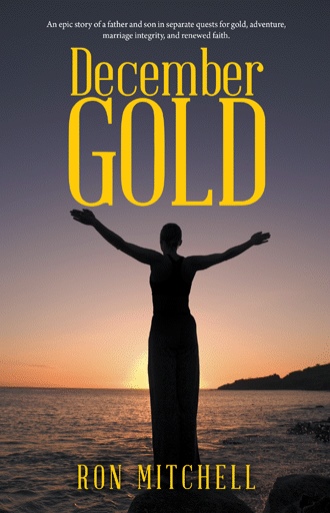 Saturday, May 29, 2004-Professor Rollie Marclay watched the faint mist rise from the Washington Mall casting a mystical spell upon soldiers and families gathering for the World War II Memorial dedication ceremony about to get underway. The dignitaries, lined up in their traditional place for ceremonies such as this, seemed excited about the events unfolding. Most impressive to Rollie as he absorbed the moment were the scores of veterans experiencing this dedication with their children and grandchildren. Breathing deeply he took an emotional look around focusing on what had brought him to this monumental time in history.
One older white-haired gentleman in a well-worn plaid suit long since out of style stood alone in the distance leaning heavily on his cane. Appearing aloof to others he stared intently at the stars on the freedom wall. Rollie noticed the man wiping tears from his eyes which caused tears to form in his own. He turned away as the man glanced in his direction not wanting to embarrass the man. To his left a young boy about seven years old was frantically waving a small American flag. Rollie chuckled as he viewed the mother reining in the enthusiasm of her young patriot.
“So many stories…so many memories present here that would take a lifetime to tell them all.” Laurel agreed. “At least we have brought one memory to rest regarding your father,” she added. His father, Jacob Marclay, never shared much about the war. When he and his sisters would hound their father to tell them about the war occasionally he would tell them about times when he was on guard duty and even some enemy soldiers he had to kill as part of that duty. Jacob would recall war buddies, especially one in particular who didn’t make it home, and he would become distant. His father certainly was a mystery when it came to his war experiences in the words he didn’t share.
Dr. James Rolland Marclay sat with his wife Dr. Laurel Kristina Marclay and his grown children on this cool May morning anxious for the festivities to begin. His thoughts drifted from the Washington Mall to one such story his father had not shared; a story that had literally consumed their lives for the past four years. It wasn’t until Jacob’s death that the true essence of his father’s story came to light. Rollie was consoled by what he now knew about the secret kept hidden.
JANUARY 1945---The beach was lined with palm trees as he came within site of the landing. Excitedly and with self-assurance, Jacob waved to his friend Billy traveling in an LCM about 100 yards away. One moment he was waving to his buddy and the next instant his buddy was gone; his LCM hit by a mortar shell. Jacob shook off his grief as he became very somber and stanch on his assigned task.
The surf was choppy and sandbars waited patiently to jar his landing craft to a swift jolting stop. While maneuvering around the sandbars he could see the small dunes topped by what was left of the palm trees along the Lingayen Gulf in Luzon. As the destroyer’s big guns suddenly grew ominously quiet Jacob gave a sign to those in the tank to get ready to off-load as the ramp began its downward plunge. As the waves pounded the shoreline, Jacob heard cries from the water's edge and a few shots rang out.
“Dear God,” Jacob gasped loudly in a prayer as he saw a man come out of nowhere stepping right into the path of the tank that had just off-loaded from his LCM. Being a fairly narrow beach it appeared as if the man’s torso and legs had been completely crushed by the tank treads. The tank made a sharp right just off the ramp causing the boat to lurch upward. That is when he saw a baby directly in the tank’s path. The man who had just been run over had outstretched arms seemingly reaching out to the baby. Instinctively jumping over the side of his LCM he scooped the baby into his arms rolling a somersault in the sand out of the way. The tank came to a crashing halt. Opening the top hatch a lieutenant observed the same soldier previously operating the LCM off to his side holding a baby.
Watching the soldier place the baby on some rocks out of the way, he followed the amphibious pilot to a Filipino man presumed dead lying on the beach. Being first to arrive at the gruesome sight behind the tank he found a grotesquely disfigured man, who he quickly identified as Filipino rather than Japanese, was surprisingly still alive.
The man’s steely eyes pierced Jacob’s soul as he spoke perfect English, “Alaya…take care of my Alaya,” saying this while desperately handing Jacob a leather pouch. With a fleeting sign of life he whispered, “Alayaaaaaaaaa!” Then, he died. Perplexed at what to do he looked at the pouch and then into the dead man’s eyes. “Who was this man?” As the lieutenant came up behind him Jacob secretively stuck the leather pouch inside his vest deciding that information was privy to him alone at that moment.
“Is the man dead?” The lieutenant asked. Jacob nodded positively. “Then let’s move off the beach, soldier. Nothing more can be done. The corpsmen will take care of the rest.” “Yes, sir,” Jacob said looking back at the dead man while picking Alaya up in his arms.
“What are you going to do with the baby?” the lieutenant asked. “I guess I’ll take her to the medics on the ship. I can’t leave her here,” Jacob responded. “A baby in the middle of a war, who’d a thought such a thing,” Jacob looked down at Alaya sitting at his feet and cautiously opened the pouch.

In early 2001, Professor Rollie Marclay stumbles on troubling information about his father, Jacob, a soldier in the Pacific during World War II. A matter of national security brings Rollie’s faith to the brink as he discovers the truth about his father’s relationship to a girl named Alaya. Retracing his father’s footsteps—from his time in the war to the years up to and after his father’s death—leads Rollie to face issues dealing with deception both in marriage and in friendship. Rollie’s infidelity lends itself to lessons of forgiveness and healing when the marriage bond is breached. Rollie’s search leads him to a better understanding of his father’s motives; a search unveiling two unlikely friends, a Japanese soldier and a Filipino native, each who dedicated themselves to live their Christian faith in the midst of a world war.

Ron, an ordained minister with the Church of God (Anderson, Indiana) served several churches as an associate and senior pastor. He received his BA in Sacred Music from Anderson University in Indiana, and a Master of Divinity from the Anderson School of Theology. Ron and his wife attend the Dayspring Church of God in Cincinnati.