The God of Before Knew Everything I Needed to Live 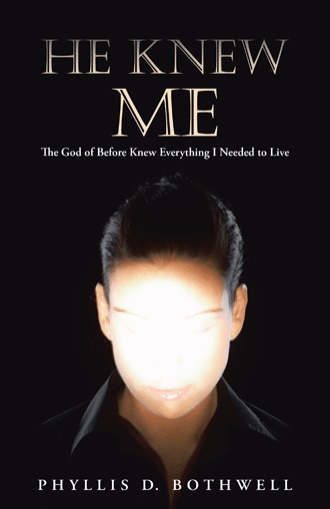 Do you have questions about who you are? Do you wonder, is this me?

Who would take the time to put into your existence everything you need to live? Who watched over you when you had nothing to lean on? Who saw you struggling in your own blood as it is recorded in Ezekiel 16:6—a picture of God’s restoration and revival?

The makeup of the me is both complex and unique. The me defines the person and the makeup, the character, the total criteria God fashioned in every creature. God knows personally that what He placed within the me is of a unique design that no one on the face of the earth can decipher how to remake without the release of the information from the designer.

Come with me on this personal journey and discover how amazing God is. God calculates. Yes, He has figured something into your account at every stage of your existence. He knew before you needed it. You will discover this as you become more intimately aware of His presence. You will never see the me God personally designed as hopeless or without meaning if you get hold of the truth.

He Knew Me records a search for the truth and unveils the presence of God in His foreknowledge of all the author’s days. Before you begin to read, remember what God placed within the me. Revisit it as you come face to face with the creator who formed you!

Further, Phyllis is an ordained and licensed minister; former Elder of Living Word Community Church of Brentwood, TN; former Director of Deacons of World Harvest Church (WHC), Roswell, GA, where she attended WHC Bible School. Presently Phyllis resides in Charlotte, NC where she and her husband, Clinton are members of Victory Christian Center and serve on the church’s Visitor’s Ministry Team Phases I & II.

Phyllis’s passion is through the ministry of the Holy Spirit to evangelize the lost and minister healing and deliverance to the broken and captive.

Clinton and Phyllis are the proud parents of two children, Yatisha and Rodrick, as well as one granddaughter – Selah.