Once Upon an Island 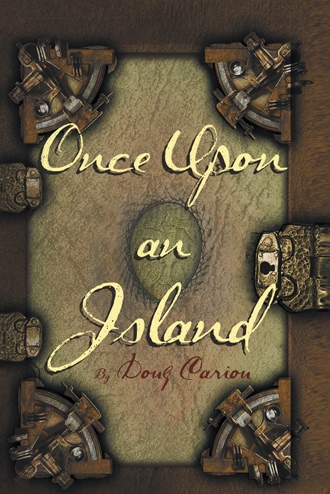 How shall I start to tell this delitescent tale…April 26, 1896. Yes, a grand year it was. on that beautiful spring day Professor Krokonol of the College of Victoria found himself out in the city park leaping around ..... catching flies. " You’re a big one…oh, ah another, that makes thirty-three he said, just enough for…” Yes, not for an elaborate experiment, as one might think a Professor would be doing with a fresh catch of flies. No, these flies were for his lunch. Yes, lunch! You see the Professor was (all his life, I might add) a frog. A toad to be precise, however a toad of the most extraordinary kind! For how many toads, or frogs for that matter, does one know who are College Professors? Yes, Professor Krokonol was indeed extraordinary, but enough belaboring that point for now. The Professor was actually taking a break from his research (research of the utmost importance.) Sitting down to eat his meal he seemed to be half expecting someone, as a lesser mood washed over him. He sighed, looking around in the haunting breeze as he turned to gaze deep into the face of his pocket watch. He listened as the "tick of its talk " recalled to him that it had been three years and seven, to that very day ago, he'd gotten that abrupt knock at his study door…..

Knock – knock ---knock, knock, knock! “Hold on, hold on! I’m coming!” he said, after such rudeness had roused him from a delightful mid-morning snooze. Getting up he found himself pushing through a great maze of volumes of books, binders, and other finnimbron, all studious and of a collegiate nature literally stacked from floor to ceiling and on every available flat surface of his study. Finally getting there he opened the great oak doors that led out onto a beautiful wrought-iron laced veranda, draped in wisps of ivy that allowed the sunlight to filter through its lightly- breezed-upon-leaves, causing the floor to dance with sparkling bits of light and dark shadow. “Who is it?” He said, Looking around, not seeing anyone, he pulled his spectacles down on his.. ...whatever that space is between a toad’s protruding eyes. “Well? Who’s there?” “Good day, Professor,” a young curiously couthy voice replied. Looking down, the Professor was somewhat startled to see young Thadeous Matoe, or, Toadmatoe, as his friends called him, standing there, ever so eager to show the Professor what he had, as he impatiently hopped from one foot to the other. You see Toadmatoe was known to be rather excitable at times, although he also possessed the unusual ability for a tad of his age, which was three months almost exactly to the day (that’s somewhere around the age of thirteen years in human), to be very astute and calculated in his thinking as well, and when he was excited, as was the case this particular morning, it was usually with good cause. “What have you there, my boy?” Krokonal asked, noticing Toadmatoe holding a big round something in his hands. “Yes, Professor, this is what I’ve come over to show you!” “Well? What is it, boy? What is it?” “I don’t know, Professor. This morning Froglit – you do remember my "Frog’ish friend", don’t you, Professor?” “Ah, well…” the Professor tried to remember the unusually abnormal name mumbled. “Well, anyway,” Toadmatoe went on, “Froglit, this morning,.. that is to say, swam over to my pad to give me this, and told me it was a gift and that he was not to give it to me until my third month birthday, he keeping it in his possession all these many months past, why even and ever since I was born!....As you can imagine to begin with, that is when I saw it…I gasped at it…. then I asked where he got such a thing, and what did he mean not letting me know of it until that very moment, but he said nothing – not a croak!.. simply plopped it down on my lily pad, almost sinking it, looked at me and swam off, and as you can see, because of it, I had to bring it here to you…..can you tell me what it is?” he finished, having said all of this in one great and excited toad breath. “Well, I’m not sure, Toadmatoe,” the Professor said rubbing what would have been whiskers if he’d had any, “Bring it in, here. Let me have a look at it.” Putting it under a considerably intrusive looking device, the professor pulled his unusual spectacles down again. He cranked some brass knobs on the strange glass-lensed instrument. Strange that is to say, to Toadmatoe, at any rate, who in all the many visits he’d made to the Professor’s study, and although he had grown accustomed to the Professor’s telescope or even his anticathera device, had never seen a microscope before. “What is it?” Toadmatoe asked. “Good question,” the Professor replied ponderingly. “I’ve never seen anything like it, and I don’t know what kind of material it is either,” referring to its unexplainably curious substance, while Toadmatoe was referring to the strange instrument. “Where did your friend say he got this from?” The professor said. “Beg pardon?” Toadmatoe’s eyes blinked in curiosity as he replied. “Ah, he didn’t say, Professor, "He didn’t say at all.” “Well, can you bring this fellow here? I mean will he meet with me? With you and I ..tonight – as soon as possible?” “Why, yes, Professor, I’m sure I can get him here! After all, it is my thirteenth "grand-day. Oh where do the month's hop to?" the young toad laughed to himself. I’ll just tell him that you’re having a party for me, in my honor.” Toadmatoe's melodic word's ribbited in hushed tones as they meandered down a dreamy path following his excited imagination. He watched himself thank his thoughtful friend's for all the lovely gifts he was sure he might get. The Professor half-listened as Toadmatoe rambled on about how lucky he of all toad's was, and what really good and unusual fortune it was that his birthday should fall on the very one and same day he was born. So because of the peculiar oddity he decided that every year on that exactly same day he should like to celebrate it. “ Yes,” the Professor said. “Would you mind, Toadmatoe, if I kept this here to study a bit more, until you get back with your ...friend?” “I suppose that would be all right, Professor, but ‘please’ be ever so careful with it. ..Well.., I know you will, Professor. I know you will…” Toadmatoe said, repeating himself (as oft he was apt in habit to do), while his left leg started twitching and vibrating, then his right. And as abruptly as he’d come, . . .he was gone!

“I’ll see you later, Professor, or even tonight that is to say, the faint whisper of his whistled words caught up with him on a passing wind ” as he leapt out the door down the narrow cobble streets of the grand city. "Is there a more beautiful place at all ?” he wondered with a pleasantly pleased smile, dodging horse and rider, carriage and driver and "cat"! as he hopped into the midday sun.

The year is 1896 at Victoria on Vancouver Island in the newly formed colony of British Columbia. An animated, young Thadeus Matoe, a.k.a., “Toadmatoe,” comes to Professor Krokonal’s house seeking his wisdom about a mysterious gift he has just received from his friend Froglit Brar for his third-month birthday.

Mystified, the Professor sends for the frog to question him. Toadmatoe returns with his friend, and just as the Professor is questioning him the police burst in and arrest Froglit Brar on suspicion of stealing a priceless heirloom. In their haste to haul him off to prison, the police fail to seize the alleged contraband. Convinced of Froglit’s innocence and with gift in hand, the Professor, Toadmatoe, and Ursula, his faithful Salamander, give chase.

By a strange twist of fate, Froglit escapes his captors and is reunited with his friends. Now accomplices-at-large, the three fugitives meet some interesting characters who aid them on their way as they are providentially led through a series of mishaps and miraculous escapes from the pursuing long arm of the Victoria Constabulary. They leap-frog on traversing rapids and waterfalls, o’er field and fen, as the gift choreographically draws them on, revealing keys to unlock its mystery.

In the course of events the true villain is apprehended and the three friends reach the place where the gift finally reveals its secrets in a providentially synchronized moment in time.

Doug Cariou is a locally renowned commercial artist, musician, poet, and author. An ardent lover of nature and the mysteries of creation, Doug has spent much time with friends and family exploring and researching the wonders of Vancouver Island. He lives in Mission, British Columbia, where he owns Cyrus Art Co.