Rev. Fr. Thomas Plathottam: Work of an Instrument of God 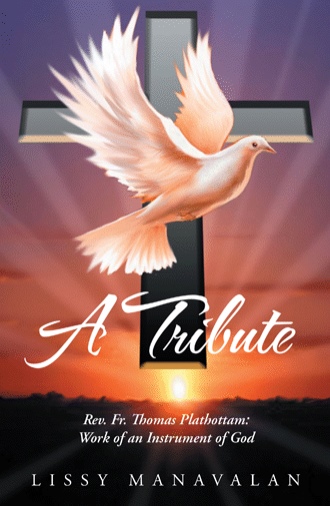 Fr. Thomas Plathottam
Father Thomas was an extraordinary man chosen by God to carry out missionary work during his time on earth. We often hear church teachings of how God has a plan for each one of us from the day we are created in this world—that we are meant to discover this vocation and, with Jesus’ help, follow it with all our hearts until we attain it. Fr. Thomas Plathottam heeded that teaching, as did many in our extended family. We held a firm belief in God, and Father Thomas exhibited very strong leadership based on his convictions. He served humankind with compassion. God chose him from his birth and prepared him to be a missionary priest to thousands of people, and the traits I saw in him were testament to that choice.
God also gave Father Thomas a large family of 13 siblings. Our parents first had a daughter, who died when she was 1 year old. Four years later, Thomas was born. He grew up as the “pearl” of our parents’ and grandparents’ eyes. Thomas spent most of his school years at his maternal grandparents’ home, an environment that significantly influenced him to grow closer to God. When Thomas was in middle school, he lost another sibling, our 3-year-old brother Joy. So the family grew up with 12 children. As an adult, Father Thomas was very proud of his large family of seven brothers and five sisters.
Life wasn’t smooth for Father Thomas at home, in seminary and in the places where he served as a missionary. Growing up in a big family had its own struggles. His adventurous missionary life in North India and South India was also very challenging. It required a great deal of enthusiasm and passion to succeed and persevere and, in some cases, even to survive. Despite the violence and poverty that afflicted the areas he travelled through, Father Thomas always seemed unaffected by obstacles and focused solely on his work. He was a daring and courageous person, sometimes facing criticism and concern from authorities and fellow missionaries. For him, a hardship was merely something for which he was to find a solution so he could continue on his journey.
I asked him a few times, “How do you do it? How are you so resilient?”
In those moments in my life when I struggled and sought his help, Father Thomas would say, “One sprouted in fire will not wilt in the sun.”
Nothing stopped him from accomplishing his goals. He was very determined, keeping faith in the Lord even when he didn’t know the answer. As he always said, “Nothing will happen without God’s knowledge.” Father Thomas truly lived his missionary life, in its entirety, according to the will of God.
In this book you will see the reflections and memories of fellow priests, friends, family and parishioners who were influenced by and worked closely with Fr. Thomas Plathottam at different stages of his mission work. You will meet a zealous missionary priest who captured people’s hearts through his work in North India, South India and the United States. Fr. Thomas Plathottam helped a dying parish in Ellington, Connecticut, emerge out of its difficulties to blossom and thrive beautifully with God’s work.
I hope you will recognize the strong presence of the Holy Spirit that was within him. His courage, determination and enthusiasm were remarkable. The energetic and vibrant personality did not go unnoticed by others around him. He was always on the go and never wasted time, as if he knew his time was short and his tasks were many. Father Tom absorbed and regarded the entire world around him, from adults to children to pets and nature. Despite his efficiency and busyness, he connected with everyone he met, taking the time to understand each as individuals. His ability to understand human and earthly things was a great gift from God, his mindset to help others an even greater gift.
Father Thomas was only an instrument in God’s hand. God saw that His instrument had done extremely well, so Father Thomas was crowned with eternal peace.

A story of a missionary priest who simply lived for others. Many gifts and fruits of Holy Spirit are visible in Fr. Tom’s tireless and adventurous life throughout his mission work. He was truly blessed with all gifts of Holy Spirit: wisdom, understanding, counsel, fortitude, knowledge, piety, and fear of God. The outstanding courage, determination, dedication, honesty, and sincerity made him an extraordinary person. Nothing was impossible in front of him. His willpower and self-discipline was powerful. A true inspirational life story and work of the Holy Spirit in Fr. Thomas Plathottam (Father Tom).

ENDORSEMENTS
“… while reminiscing about Father Tom who was an amazing priest and pastor, religious and missionary, able administrator and efficient coordinator; he left an indelible imprint in our hearts and minds by being number one in our congregation in hospitality and welcoming. He was full of energy and enthusiasm, drive and initiative, courage and daring. He kept himself totally busy, day in and day out, always doing something for others even to the extent of going out of his way … It was too early for him to go from our midst and for us it is a tremendous loss indeed! … I can proudly state that this is a man who completed the work of two to three lifetimes in the short span of life he lived here on this earth.”
—Fr. Joe Karikunnel, CST New York

“That ‘hard work rooted in the grace of God and constant readiness for it’ are the distinctive characteristics of priestly ministry in modern times, is the message that Fr. Plathottam has to hand over to the next generation.”
—Fr. George Kalladanthiyil, CST Germany

Lissy Manavalan is a registered nurse who lives in Edmonton, Alberta, Canada, with her husband, Sebastian, and three beautiful children, James, Jacob, and Priya. She was born and brought up in India and immigrated to Canada in 1988. She loves gardening and spending time with her family.