In Jesus’ name we play 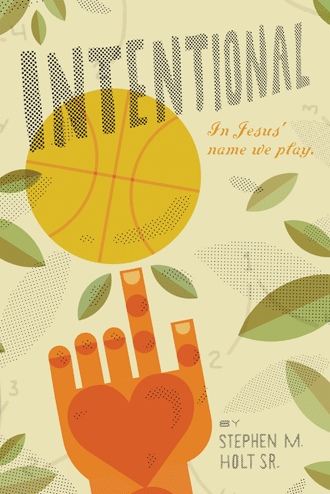 Seldom does one see the essence of Jesus so boldly lived out in one individual. And especially rare, it seems, is to find such vivid, intentional living in a successful professional athlete. The guy makes millions a year playing professional basketball, yet he chooses to live like his poor neighbors in a depressed part of Memphis. And he's never been happier.

But not everyone is as happy about Trey Glass's life decisions. Despite harsh judgments, constant threats, and occasional assaults, Trey lives his convictions and gains the respect of his neighborhood. Soon, the entire city realizes this is no ordinary guy. But real trouble is brewing when three local gangs team up to rid the 'hood of their nemesis.

Intentional is a love story about a young man intentionally living his life in response to his heroes—his earthly father and his Savior—and the price he pays for it.

After nearly thirty years as a marriage and family counselor with churches and non-profits, Steve applies his experiences to a second career as a writer. In addition to working on a follow-up to Intentional

, he is writing a series of fiction books promoting Kingdom life. Husband to Lynn, father to two exceptional sons, and a grandpa, Steve lives in Abilene, Texas.