Pathway to a Legacy of Dignity

An Open Letter to African Americans 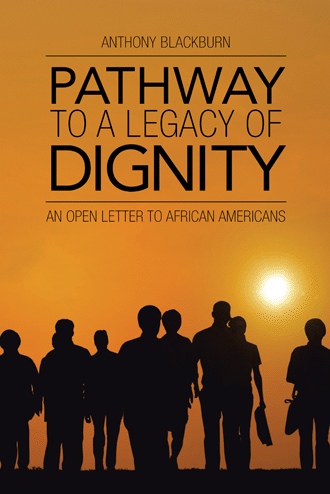 In 2013, Has Martin Luther King Jr.’s Dream Been Realized or Not?

Fifty years ago this past August, Dr. King made his never-to-be-forgotten “I Have a Dream” speech. More black people than ever before trekked to Washington, DC, for the march on Washington to show solidarity in the desire to bring about positive change in the conditions that African Americans were still facing at the time. Jim Crow was supposed to have fallen two years later, when the Civil Rights Act was passed. However, black individuals still had a long way to go in becoming accepted as first-class citizens of America.
Standing on the National Mall with the Lincoln Memorial as his backdrop, Dr. King made a speech that will never be forgotten. It is heralded as one of the greatest speeches ever made by any American citizen. His speech is motivation that we can always look back on when we require some kind of inspiration to lift us up. Before he concluded the speech, Dr. King said something that we should never forget. The central, major part of his speech was a challenge to us and to the people who did not care for us. The most important sentence was “One day little white boys and girls, and little black boys and girls will be able to play together because they will be judged by the content of their character rather than by the color of their skin.”
When Dr. King uttered those words, I am sure he felt that those words would be memorable for us as a guide. They would be the template, the fire, and the energy that we, as a race, would always be able to reach back for in order to gain strength to move forward. It was the speech that would help us as we went forward in our attempts to climb that important “mountain of character” that he revealed to us on that August day in 1963. Those words will always be emblazoned in our minds, and we should always remember that character is one of the most important qualities we need if our race is going to rise in the eyes of other ethnicities, especially in the eyes of American Caucasians. Dr. King knew that character was that most-important ingredient that could at least slow racists down, if not stop them from uttering despicable things about us as a people. The reasons were obvious. We could show them that we were better than the people they had defined us as in the past. We would show them, as the future unfolded, that we had as much dignity and pride as everyone else. We would show all of the other ethnicities that we were a group of people to be admired, even liked, because our not-seen-before behaviors and actions were on par with every other race. People would start to see us in a new light. That light would render our previous haters to a state of color blindness, just as Dr. King had predicted. Our brownness or blackness would have absolutely nothing to do with how much we were accepted or not accepted as decent human beings.
Dr. King was, all through the early civil rights years, a man who had massive struggles with being insulted, treated rudely, threatened, and quickly thrown in jail for civil disobedience. Dr. King was on a serious mission. That mission was to get us the respect and equality we deserved as black people. From the time he accepted his silent oath to make things better for us until the time he lost his life by assassination in Memphis, Tennessee, in 1968, he was relentless in trying to lift up the black people of America.
It is now time to step back and put things in perspective. First, we need to have a serious discussion regarding what character means to us and what it meant for Dr. King. To get into this matter, I have consulted Webster’s New World Dictionary.
I found a total of fourteen different definitions for character. However, we need to concentrate on only seven of the definitions, numbers five through eleven. Those are as follows:

1. A distinctive trust, quality, or attribute

3. The pattern of behavior or personality found in an individual or a group; moral constitution

6. A statement about the behavior or qualities of a person; Ex: As a character reference

When we seriously read through each of the above definitions, we can unmistakably understand what Dr. King had in mind when he spoke of “the content of our character” that he foresaw for us as we, as a race, bravely marched on into the future. So take the time to look once more at the above list, and I am sure you will find that each definition has to do with positives or positivity. Dr. King realized that these were (and they still are) the kinds of things that would and could lift our feet out of any quagmire or onerous, burdensome, or oppressive situations that might confront us. In his “Dream” speech, he attempted to give us a key as to how we could all eventually be able to walk tall and with well-earned pride in ourselves as individuals and also in our race as a whole. Most of all, he offered himself as a role model that all of us would be able to copy. He gave us the ideal of what a real leader is supposed to be.
Let’s refer back to the question offered as the title of this chapter, now that we have looked back to the 1963 dream of Dr. King: After fifty years, has his dream been realized or not? Sadly, after the passing of fifty years, the answer to the question is a resounding no.
Why? Please allow me to count the ways and reasons.

1. Do we honestly feel that Dr. King would feel good about the strides we have made over the past fifty years when it comes to educational gains? Do we feel he would hold his head up and be able to brag about how much further we have come with all of the educational aid now available to us with the wink of an eye or a snap of our fingers? Let us not forget that computer was like a foreign word fifty years ago. Now we cannot even say we don’t have a computer because we are too poor. Computers are available to all of us at almost any library. Furthermore, libraries are full of books readily available to us.

2. Do we feel that Dr. King would believe that most of our black parents of today are doing the things necessary, including investments in time, to raise successful black children for the future?

3. Do we believe Dr. King would feel pride if he knew that in 2013, there was a 72 percent out-of-wedlock birth rate for African American children? That means that seven out of ten black homes with children are likely to have no significant male present on a daily basis. This statistic is particularly important at this time, when we are seeing many young black males falling by the wayside in one way or another.

This book is meant to be a book with a beginning, a middle, and an end. The hope is that it will have merit as to how we can use the eleven chapter pathway so that all people can see us as people who have pride and dignity along with all of the other ethnicities that are looked up to in the diverse American tapestry.

I have spent over forty years working with people. Not all are African Americans, but since I am an African American, I see a great need for us to take a closer look at ourselves as a race. I hope that this book will say a lot about of what we need to consider for a better and more wholesome image.