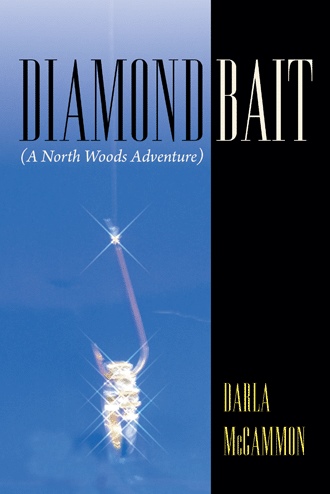 The shaky memories of Eleanor wavered and faded and I came to consciousness on the picnic blanket once again, while cold air swirled around me. The trees moved naturally now in the wind and cast long shadows. The nausea seemed to be easing. I tried to lift my head very slowly as before and searing pain ripped through the back of my neck. I let my head drop back to the blanket with a thud. Ouch! Did Joel go for help? My mind searched for answers but none were forthcoming. I forced my eyes open. I could tell some time had passed since my last moments of lucid thought. The light in the sky seemed to be drifting into evening. From my prone position I could see a few stars start to appear in the sky overhead but I felt as if I were about to pass out once again. The air had a definite chill in it. The same dizziness returned as had overtaken me before but I pushed it off and tried to think. I need to stay warm. Hypothermia will kill me in this chilly air. Where, oh where is Joel? Is he all right? I heard water lapping nearby and worried that I might get wet. I tried valiantly to stay awake but I could feel the waves of darkness dragging me into unconsciousness again. I knew I had to fight it. With a great effort I reached out and pulled the edges of the blanket toward me. I managed to double the fleece fabric up and then wrapped the blanket tightly around me for protection. It was too much effort--it exhausted me—the warm cocoon was comforting. I felt myself going back—drifting unwillingly into unconsciousness. Moments later, wrapped like a mummy, I slipped once again into memories of the past

Raised by an indulgent and wealthy father, Mattie has led a privileged and protected life. But circumstances intervene, and she finds herself beyond her depth and in trouble. Desperate to survive when she realizes she has been left abandoned on a remote and dangerous Canadian Island, Mattie panics and causes herself more distress. Upon calmer investigation she finds that native Ojibway have left behind markings on the rock walls. After searching the area thoroughly, Mattie discovers that no one now occupies the island except for wild animals. Surrounded by the distant sound of wolves in the dark and chilly night, deep and mysterious water too far from land to swim, perilous weather, and having no food or boat, can Mattie find the inner strength to save herself?

Darla McCammon has been published in numerous magazines, newspapers, and periodicals. McCammon authors two weekly newspaper columns. In 2012, McCammon collaborated with photographer Al Disbro to write the nonfiction book Winona Lake. Diamond Bait is the first in a series of adventure novels based on personal experiences in the northern woods of Canada and the northeastern United States. McCammon weaves her Christian values through the lives of her characters. The Lobstick Tree and Angel Bay make up the three-part series. McCammon resided in Southern California for fifteen years but now lives in a rural setting overlooking a teeming marsh in the Midwest. She is accompanied by her husband, five dogs and several barn cats. Two daughters live nearby and two other daughters live out of state.

More information can be found at www.darlamc.com