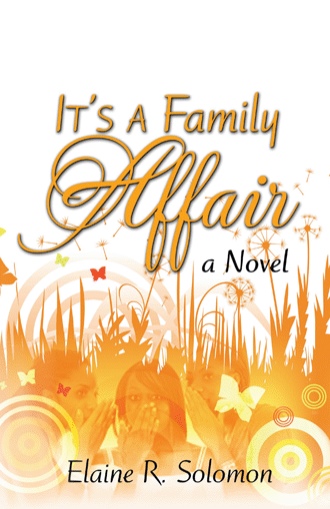 The lime green house with wind-drawn shutters was eerily quiet at 1121 Carter Street, except for the whispered voices coming from the girls’ open bedroom window. It was early evening, and a quiet peace had settled over the house. The twilight of the stars and moon gleamed ever so brightly, upon the roof of the Hilliard home. Shadows of multi-colored flowers and bushes of evergreen lined the front and backyards.

Tiny winged creatures fluttered in the night air looking for a place to call their own. The smell of nectar too hard to pass up enticed the appetite of one of the small insects, so he landed near the open bulb of a Zebra swallowtail. A downpour of Florida rain poured down throughout the evening and the moon rose early from its bed.

Yellow, brown and orange colored butterflies flew out from their hidden shelter among the crevasses of the hard bark tree cavities. The butterflies wanted to feast upon the open waters left by the earlier rainfall. The puddles were full, ready to drench the anxious mouths of the tiny insects. The butterflies marveled over the source of food and strength drank their fill and took off, some of them flying even higher to attain new mating calls.

Yet, something withdrew their attention. It was the voices coming from the house, so they flew away to return later and gather more nectar for another day.

The whispering voices coming from the open bedroom window grew louder, as the girls spoke with a quiet excitement as they each lay across their own beds.

“You think they will hire you?” asked Gina Hillard, speaking in rushed words. Her sister Robin smiled at her and answered quickly, “Well, I hope so. I surely don’t want to wait long for a new job.” Twenty year-old Robin was back home, her short visit to California had ended abruptly.

“I feel so sorry for Nina. Her husband is an idiot.” said Robin. Cousin Nina had long been having marital problems and Robin accepted the fact that she was just in their way there. Her cousin’s husband bought her the bus tickets, so she agreed to move back to her hometown, good ole Gainesville, Florida. She started looking for another job only hours after she got off the Greyhound bus.

“Danny was never home. Nina just got tired of it all. And, I hated being there when they argued.” said Robin.

“Why didn’t you come home sooner?” Gina questioned her sister.

Robin gazed at her for a long time. ‘Gina knows the situation in this house. Why does she even bother to question me?’ thought Robin. She decided to ignore Gina’s question and talk to her about school. The girls talked in hushed whispers. Their father was out for the evening and their mother lay napping in the next bedroom. Robin did not want to wake her mother or alert her father to what was transpiring between Gina and her.

“You’re not too happy to move back home, are you?” Gina spoke with a quiet resolve. “You left so suddenly.” Robin wanted to answer her, but her mind was absorbed with other issues.

Instead, the subject was passed over and she asked Gina if she wanted to wear her pink fingernail polish. “I got a new fingernail polish in California. It’s a pretty, polished pink. Want to try some?” asked Robin.

“Sure. Do you want to go out tonight?” Gina presented her with another question.

“No,” Robin immediately responded back.

Gina’s expression changed from soft to aggressive. “Why not? My God Robin, you’re twenty years old.”

Robin rose up from her bed and stared at her sister with a familiar side-to-side nod. “Gina, you know we can’t go out. And by the way, you’re only eighteen years old.”

Gina rose up quickly, “I graduate this year from school, or prison, whatever you call it...anyway, daddy lets me go out now,” she said, a smug resignation on her face. “As long as someone drives me until I get my operator’s license.”

Sitting up, Robin adjusted the edged collars on the ruffled colored bedspread, her skinny brown legs began to swing back and forth on the edge of the bed. It is obvious they have been here before. Similar conversations took place under the roof of this house many times. Robin breathed in a long sigh of contention.

She deliberated for a few minutes, knowing that any decision made in this house had to be carefully thought out. She knows it’s better to speak up before Gina goes too far.

“Gina, you know daddy takes things out on me when he gets drunk.” Robin sat quietly waiting for Gina’s resolve. A thought passed between them and she defended her words to Gina, “Listen, it’s Friday night, you know he won’t stop drinking until Sunday, especially since he’s laid off from his job.” Gina looked at her for a long minute, which seemed like an eternity. Then she stared directly into Robin’s eyes and said, “You’re scared, aren’t you?” For a short five seconds the room was still. “Yes, I am,” answered Robin with a quiet demeanor. In accordance with the look on their faces, a quiet discussion took place in both of their minds. Gina put her feet on the floor, walked over to her dresser drawer and picked up the telephone bringing it towards Robin’s bed.

It’s a Family Affair is the story of a young woman dealing with her relationship to her family, her self-esteem, and her own search for true love.

Robin Hilliard is a twenty-year-old woman living with her parents and younger sister in a small rural town in central Florida. Being the oldest, it feels like Robin is always to blame for her sister’s actions. The only saving grace for Robin at home is the security of her mother’s love. Robin finally finds a reprieve when she meets and marries the man of her dreams, Kyle Parker. Although Kyle fills the void left by the absence of love from her father, she has to tolerate the evil and wicked ways of a selfish mother-in-law. Robin finds peace in reading her books and relaxing in the garden surrounded by the beautiful, enchanting butterflies.

But Robin often finds herself revisiting the feelings of isolation she endured as child. Caught between the strong passion for her relationship and her committed love for two families, It’s a Family Affair.

First time author Elaine Solomon is a wife, mother, sister, aunt, and grandmother. She originates from Leesburg, FL, where she was rooted and grounded in a strong spiritual foundation. Elaine says, “We all need love and want love!” God tells us to love one another. “I learned to love instead of looking for love. Love is already here. It’s called God’s Love. My faith is a foundation of my healing. My God tells me I am beautiful in his sight. When you learn to receive His Love, you’ll never feel without love again,” Elaine said. She has a passion for her family and believes in the sanctity of its bonds. She enjoys reading, traveling, and spending time with her family.